The incidents at Tynecastle during Wednesday night’s match between Hearts and Hibernian were truly shocking.

It should all have been about an intriguing Edinburgh derby between two strong teams back at the top end of Scottish football once more.

Unfortunately, all people were talking about after the final whistle were the unsavoury incidents, including Hearts keeper Zdenek Zlamal being punched and a coin thrown from the crowd hitting Neil Lennon. 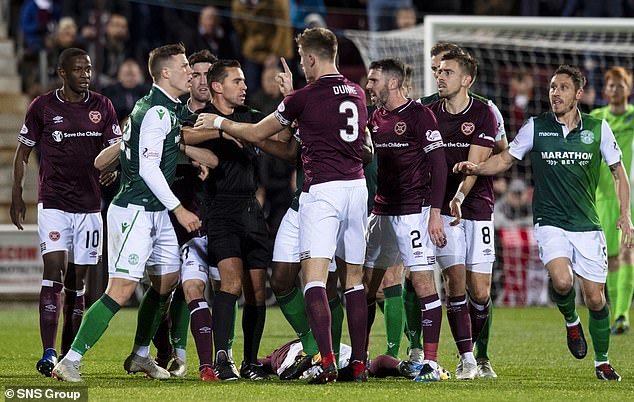 I loved Tynecastle when I was playing. One of the best things about Scottish football is being able to get to play there because of how compact the pitch is and how electric the atmosphere is.

As a Celtic player, you could feel the hatred towards you. You had Hearts fans throwing the ball away from you — and sometimes throwing it at you.

But when you won at Tynecastle, you walked out of the ground with the biggest, smug smile on your face. 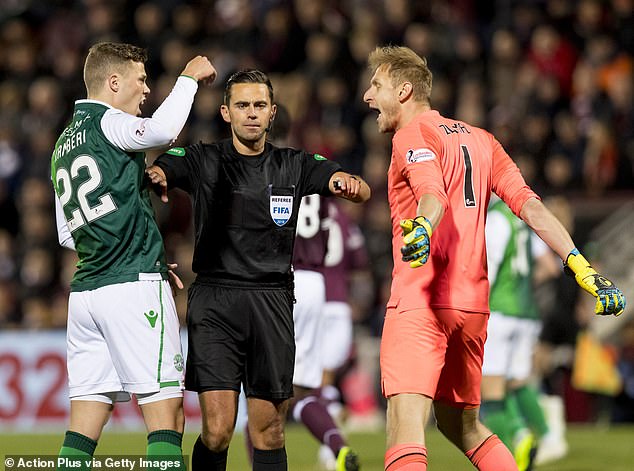 You knew that no matter how angry the fans were before and during the game, they’d be going home even more frustrated.

I got my buzz out of going there and not just winning, but putting on a show. The challenge of doing that brought out the best in Celtic when I was there.

However, despite that atmosphere, that hostility, I’d guess 99 per cent of Hearts fans will think what happened to Lennon was disgusting.

When I saw the incident, it made me think back to 2011 when he was attacked by a so-called Hearts fan while in the away dugout at Tynecastle.

I was playing in his Celtic team that night and my first memory is of being appalled by the security arrangements. But secondly, I remember how strong Lennon was in the dressing room afterwards. 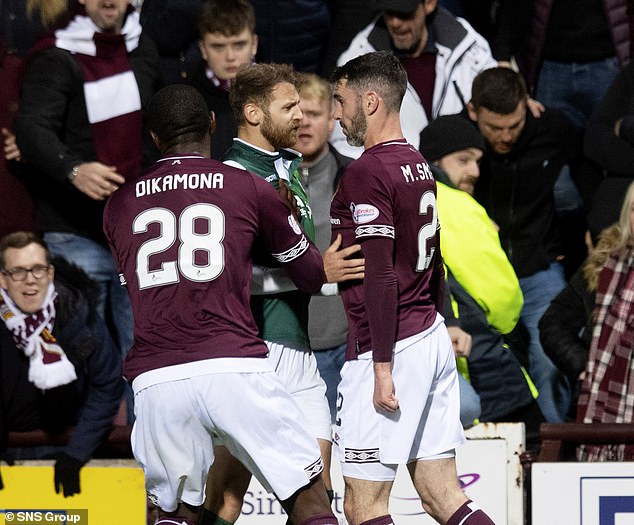 The events that he has had to overcome in his life are astonishing. From the death threats in his playing days to his well-publicised battle with depression, to being sent bullets through the post and facing up to bomb threats.

Living in Glasgow, being the Celtic captain and then club manager is a tough enough existence without all the extra pressure he has had to endure.

He’s been up against a hell of a lot in his life and that’s made him the man he is today in terms of his strength and his winning mentality.

But these kind of things always seem to happen to Lennon and it’s disgusting. People have to think about the consequences of what could have happened the other night.

The Hibs manager could have lost an eye, or he might have been struck on the side of the temple and it could have caused serious damage.

The people that say they could half-understand someone throwing a coin because of the way he reacted towards the Hearts fans are deluded.

Does anyone really think a normal reaction to him spinning round and telling the fans to calm down because it was not a late winning goal is to throw a coin? Anyone who thinks that is an idiot.

It’s time the authorities acted strongly and decisively to ensure that this type of incident is consigned to the past for the good of the Scottish game.

Indeed, the timing is awful because, at present, the Premiership is on the rise and has some wonderful managers, like Lennon, Brendan Rodgers, Steven Gerrard, Steve Clarke, Derek McInnes and Craig Levein.

If you are a player and you get a call from a box-office boss like we have in the league now, you will want to take the call and go and play for him.

But already at Livingston this season we’ve had a coin thrown by a Rangers supporter which left a linesman with a head wound.

And the big worry is that people will see what happened at Tynecastle the other night and decide the Premiership is a league not worth playing in.

This sort of stuff is disgusting, cowardly and it needs to be stopped with the strictest possible outcomes — life bans, if necessary.