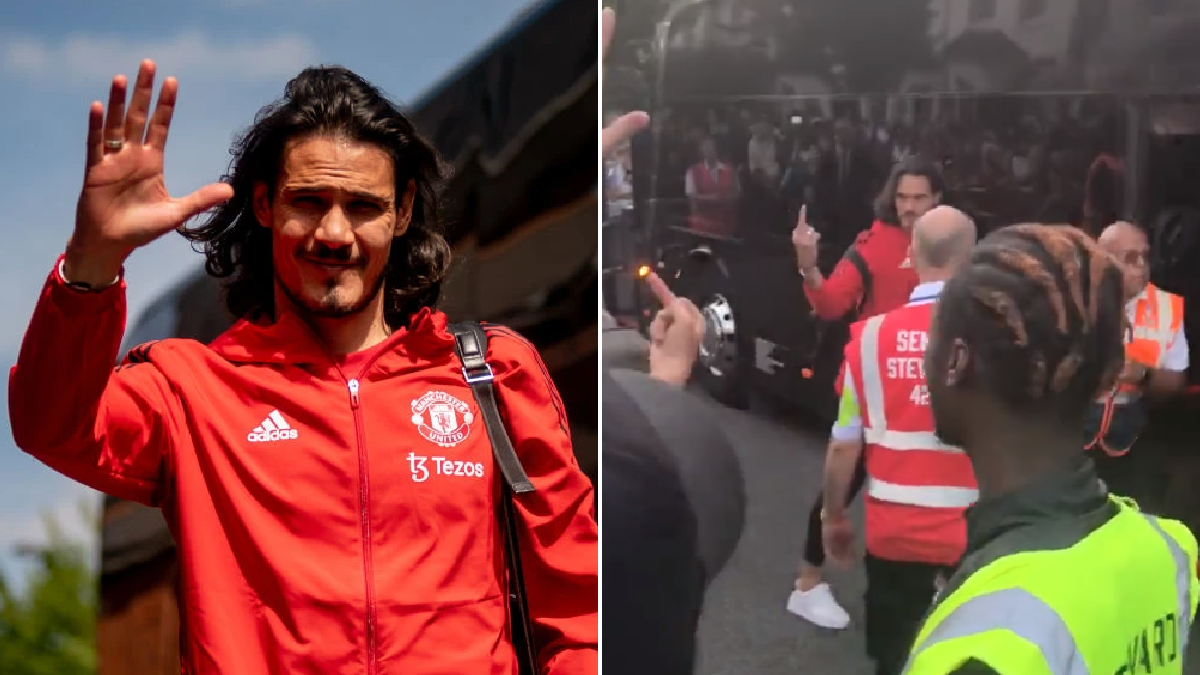 Departing Manchester United striker Edinson Cavani had an altercation with a supporter after his final match for the club, giving the fan the middle finger as he boarded the team bus.

The Uruguayan’s contract with the Red Devils expires next month and he will not be extending his stay at Old Trafford, with interim boss Ralf Rangnick giving him a rare start against Crystal Palace on Sunday as a farewell appearance.

Cavani played the full 90 minutes in a 1-0 loss at Selhurst Park, though United were spared the embarrassment of playing in the Europa Conference League after nearest challengers West Ham were also beaten by Brighton.

The 35-year-old was given a nice send-off on the pitch in south London, saluting the away fans, while a clip of a young fan begging him to stay after United’s final home match earlier this month also went viral.

But far from ending his United career on a high, Cavani’s final actions in the red of Manchester United saw him arguing with a supporter after the match and twice giving the fan the middle finger.

It is unclear what was said, but the former Paris Saint-Germain striker can be clearly seen pointing out one fan in particular as he made his way to the bus and then flipping the bird, doing it a second time for good measure as he got on the coach.

Christian Pulisic has been the £58million odd man out at Chelsea