Edinson Cavani reportedly held a crunch meeting with Manchester United officials on Tuesday at Carrington to find out whether the striker will be staying past this summer. When Cavani was signed on deadline day back in October, the move was seen by some as a ‘panic buy’ with United desperate to bring in someone to bolster their attacking options.

He put in a man-of-the-match performance off the bench in the 3-2 win over Southampton back in November.

And Cavani would establish himself as United’s first-choice striker after the New Year before picking up a muscle injury in February which has limited him to just one appearance in United’s last nine fixtures.

Prior to the knock, United and Solskjaer were indicating that they were keen for Cavani to sign an extension at Old Trafford for one more season.

JUST IN: Spurs boss Mourinho rejected by target he tried to sign for Man Utd 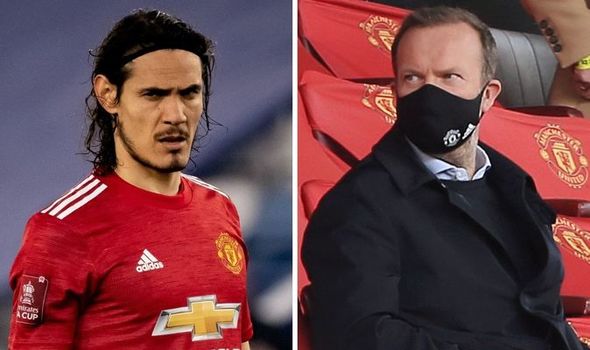 But Cavani’s father has since thrown doubt over the striker’s future at the club with Luis Cavani stating earlier this month that his son is leaning towards joining Argentine outfit Boca Juniors.

“We’ve always gone to visit him and he’s played in some beautiful cities where he’s been made to feel very welcome. He’s really endeared himself to everyone and has made friendships.

“But he doesn’t feel comfortable where he is at the moment. He’s been thinking about being closer to his family for over two years now and that’s the reason why I think Edi will end up playing for a club in South America. I’d like him to join a team that has a chance of winning something. Here in Uruguay there’s no chance of that happening.”

According to the Daily Mail, that has led to United’s newly-appointed director of football John Murtough and executive vice chairman Ed Woodward seeking out crunch talks with Cavani this past week to discuss his future.

The talks were held at Carrington with United seemingly hoping to get an answer before the summer transfer window opens to focus on their top targets.

But Cavani is said to be concerned over United’s reported priority of already wanting to sign another striker at the end of the season.

It is suggested that the Uruguay international wants some guarantees over his playing time should he decide to stay. 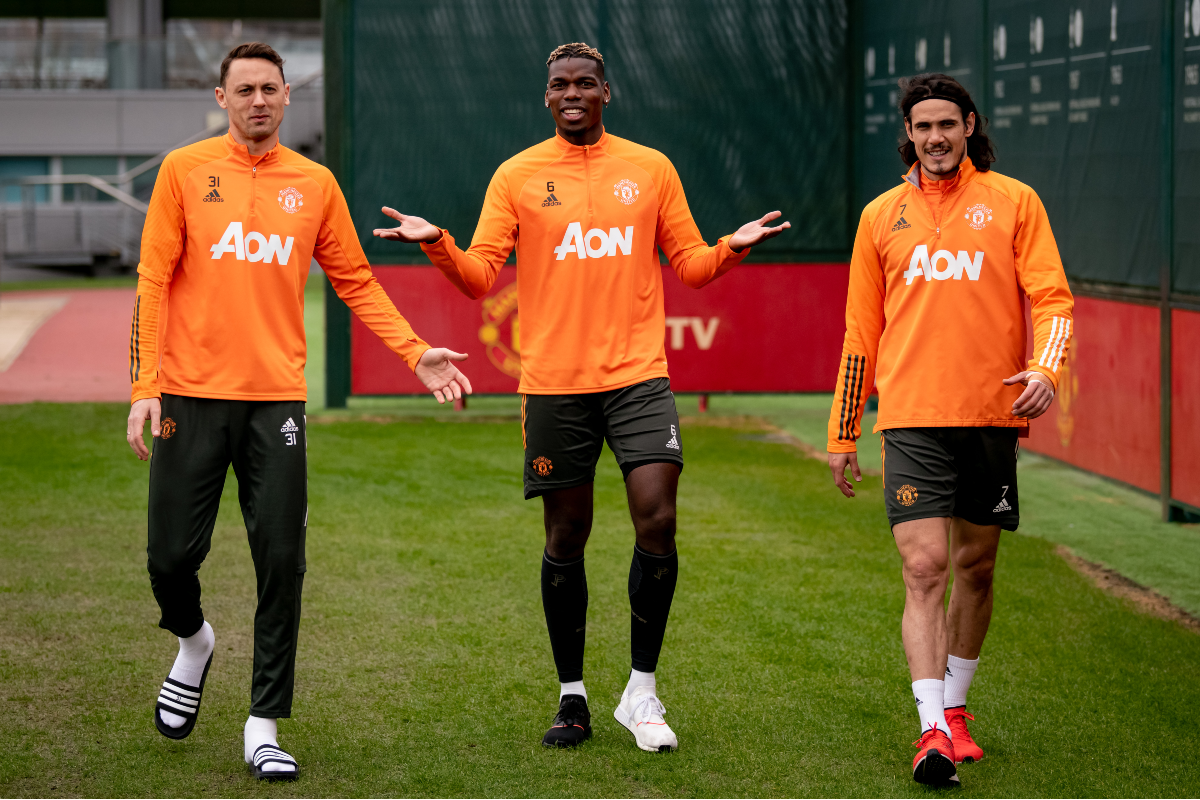 Part of United’s eagerness to get an answer from Cavani may be down to concerns over Marcus Rashford’s injury.

The England international has been suffering from a shoulder injury throughout the season and it is claimed he may need surgery.

If Rashford does need to go under the knife, he may well miss out on the start of next season leaving United short of options up front.

The striker injured his shoulder against Everton last November and earlier this month refused to rule out the possibility of surgery further down the line.

“I know my body and I know what I can do physically and that’s it,” he said.

“I take one game at a time it’s the life of a footballer, we can rest when we retire and for now I’m happy playing as many games as I can. I recover from games quite well and injuries well, I have no doubts or fears.”