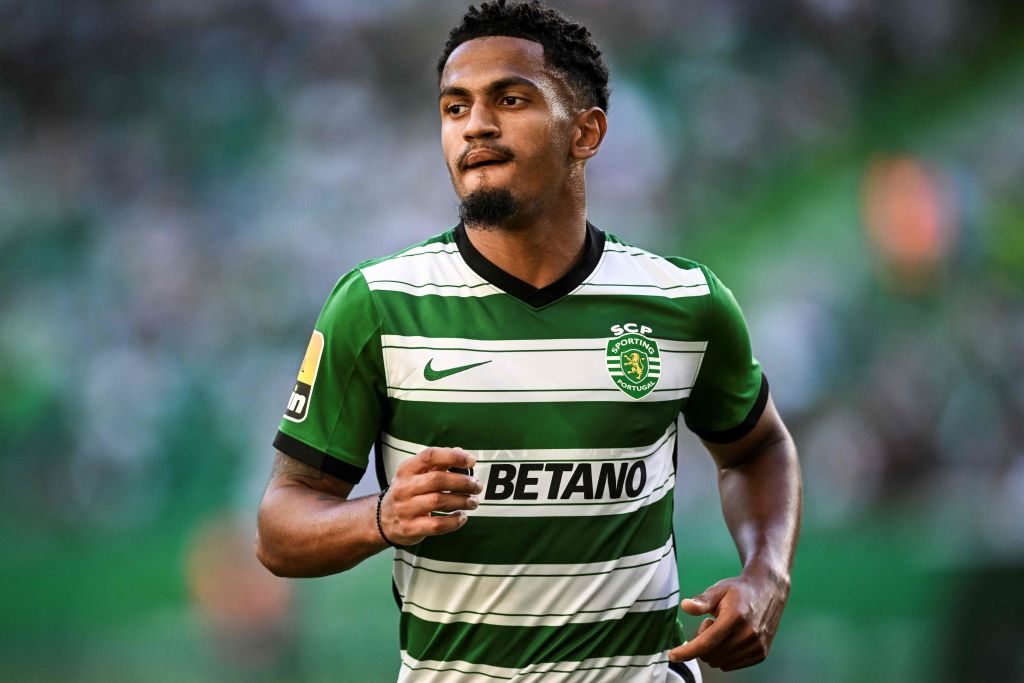 Marcus Edwards wants to move back to England and play in the Premier League at some point in his career, after impressing in Sporting’s win over Tottenham in the Champions League.

Edwards grew up as a Spurs player, joining the club way back in 2006 as a child and leaving for Vitoria de Guimaraes in 2019 after failing to break into the first team.

However, he earned himself a move to Sporting in January and has now hurt his old employers by playing brilliantly in a 2-0 win over Spurs on Tuesday night.

The 23-year-old very nearly scored an exceptional goal but failed to finish past Hugo Lloris after an amazing dribble through the Tottenham defence, but he contributed a lot as the Portuguese side stunned Antonio Conte’s men.

Asked after the game by BT Sport whether he fancies a move to the Premier League in the future, he said: ‘Yeah of course, it’s my home. Of course I want to come back there one day.’

Such was his performance that Owen Hargreaves on commentary even tipped Edwards to make England’s World Cup squad this winter, but he said he has not been thinking about that possibility.

‘Nah, I wouldn’t say that’s crossed my mind,’ he said. ‘I just focus on what I’m doing here, I don’t really think about that.’

Guardiola calls out Dortmund for 'paying a lot to agents'