Premier League: How did the season unfold?

All but three players in this season’s PFA Team of the Year are from either Manchester City or Manchester United after the cross-city rivals sealed the top two places in the Premier League table. Pep Guardiola’s side clinched a second domestic title in three years with a stellar run of form since the festive period, while the Red Devils missed out on the prize by a margin of 12 points.

Tottenham duo Harry Kane and Son Heung-min have also been recognised by the PFA after chipping in with a combined total of 64 goal contributions, with Liverpool’s Mohamed Salah completing the organisation’s Team of the Year.

The Egyptian forward was selected ahead of City starlet Phil Foden, who enjoyed a sensational breakthrough campaign to earn his place in the England squad for the upcoming European Championships.

The Premier League Team of the Year, which is voted for by stars from across England’s top flight, acknowledges the best 11 performers over the course of the campaign.

City goalkeeper Ederson was named between the sticks after a hugely impressive season in which he earned 19 clean sheets for the newly-crowned champions. 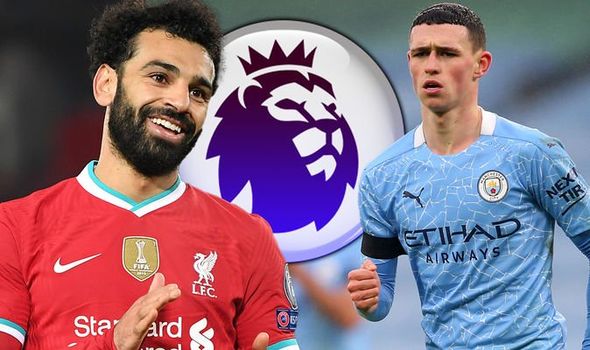 The Brazil stopper is joined by three of his defensive team-mates in Joao Cancelo, John Stones and Ruben Dias, while United’s Luke Shaw has been selected on the left side to complete the back four.

The latter has already been named Player of the Year at club level as a result of his consistently brilliant showings under Ole Gunnar Solskjaer’s guidance.

Kevin de Bruyne and Ilkay Gundogan occupy the holding midfield positions, with Bruno Fernandes in the creative role after finishing yet another influential season for the Red Devils on 18 Premier League goals.

Salah, Son and Kane make up the PFA’s front three, with the trio scoring on 52 occasions between them since the beginning of the campaign. 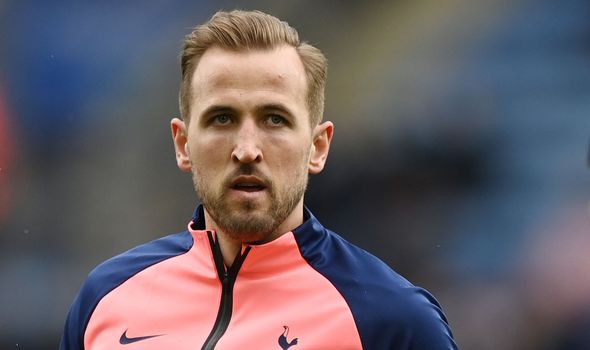 Meanwhile, Foden will need to fight off competition from Kane, Dias, Gundogan and Fernandes for the Player of the Year crown.

De Bruyne, who scooped last year’s prize, is also up for the award as the Belgian maestro looks to seal a second triumph in as many seasons.

Arsenal’s Bukayo Saka and Chelsea playmaker Mason Mount, who played an influential role in helping the Blues to Champions League glory, will be hoping to pip Foden to this season’s Young Player of the Year Award. 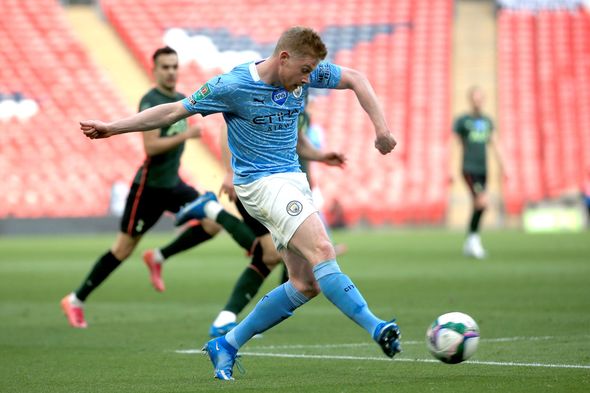 The PFA’s Merit Award, which recognises a player’s outstanding service to football, will also be up for grabs at the official prize-giving ceremony on Sunday.

Marcus Rashford is the current holder after claiming the spoils last year for his charitable endeavours during the height of the COVID-19 pandemic.

The PFA Awards, which are set to begin at 7.30pm on Sunday evening, will be shown live on the organisation’s social channels.

Spurs lose at Brighton, Liverpool back as threat to Manchester City