Zidane’s magic in 2004, losing to Jack Charlton’s Ireland in 1988 and Switzerland puncturing the feel-good factor in ’96… England are notoriously slow starters at the Euros and have NEVER won their opener – so, will it be different against Croatia?

By any measure, it’s been a less-than-ideal build up to Euro 2020 for England.

Injuries and fitness concerns to key players, the cohort from Chelsea and Manchester City late because of a short turnaround after the Champions League final and some pretty uninspiring displays in the warm-up friendlies.

But if England do lack momentum heading into Sunday’s opener against Croatia, at least they won’t be burdened by a history of starting European Championships strongly. 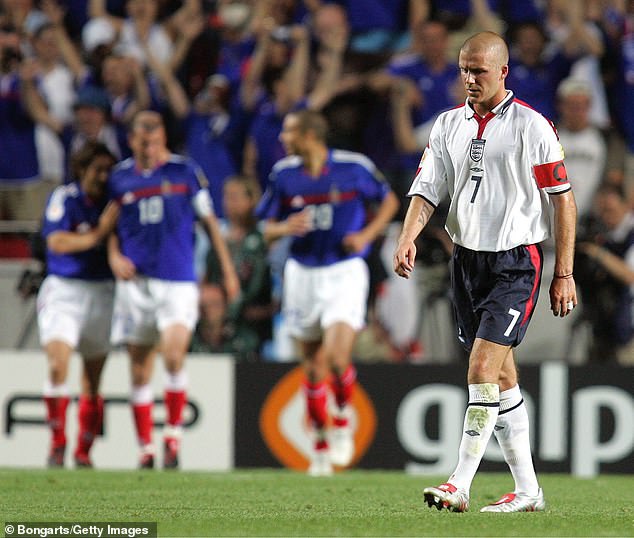 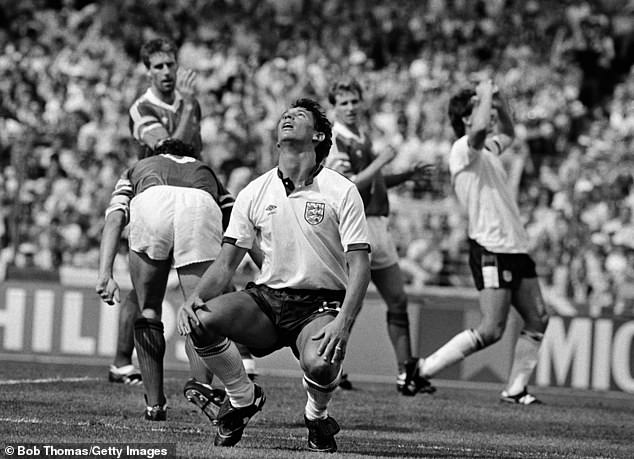 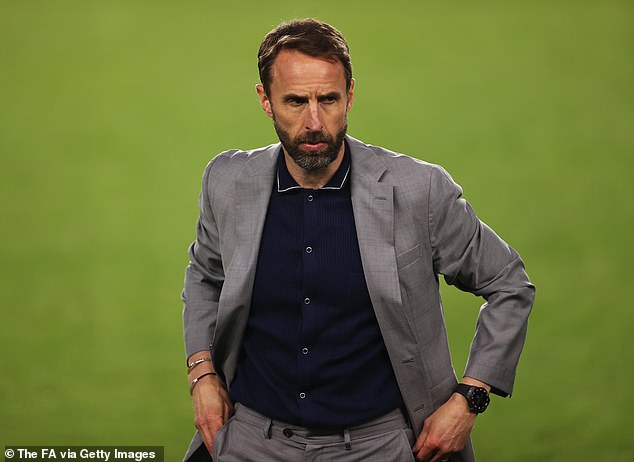 Quite the opposite. England are notoriously slow starters at the Euros – bafflingly so in many cases – and, in fact, have never won their tournament opener in over 50 years of trying.

In some cases, it’s simply proved a sluggish start that the England side soon shook off to make it through to the knockout stages.

In others, a dreadful start has sent the team into a tailspin and the ignominy of an early exit.

It’s a track record of mediocrity they will be desperate to end at Wembley this weekend when the opportunity arises to gain a small measure of revenge on Croatia for that World Cup semi-final defeat three years back.

More pertinently, Gareth Southgate’s side could use a win over the strongest opponents they’ll face in Group D to make light work of Scotland and the Czech Republic afterwards.

But history tells us that even being heavy favourites or enjoying home advantage is no guarantee of success for England. 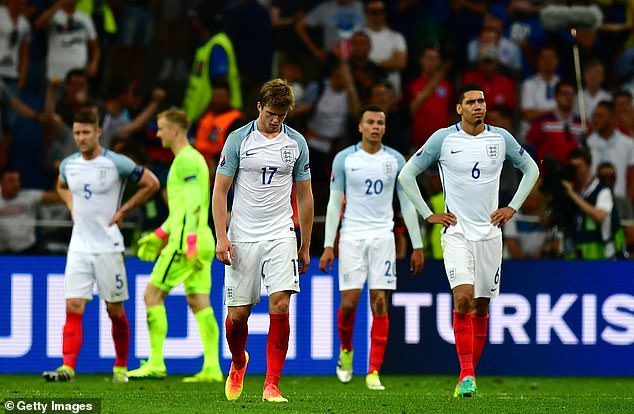 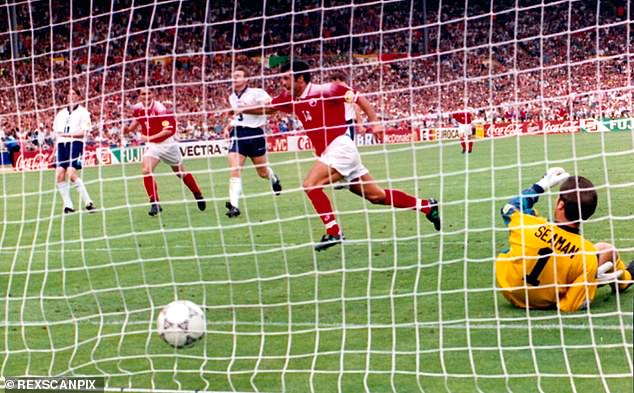 Not alright on opening night

England have failed to win each of their nine opening fixtures at a European Championship finals, a torrid run dating back to 1968.

Here’s the result of their opening game and what happened next.

Even as reigning world champions back in 1968, the first time they reached the final stages of the European Championship, England were beaten 1-0 by Yugoslavia.

The competition was a very different beast back then, with just four teams in the final stages, played in Italy, after qualifying rounds. The upcoming tournament will feature 24 teams.

Having impressively seen off Spain over two legs in the quarter-finals, England lost to a Dragan Dzajic goal four minutes from time in Florence. Moments later, Alan Mullery would become the first player sent off in England colours for kicking out at Dobrivoje Trivic.

Alf Ramsey’s team did restore some pride by beating the Soviet Union 2-0 in the third-place play-off but as the Euros gradually expanded in size, England didn’t exactly improve. 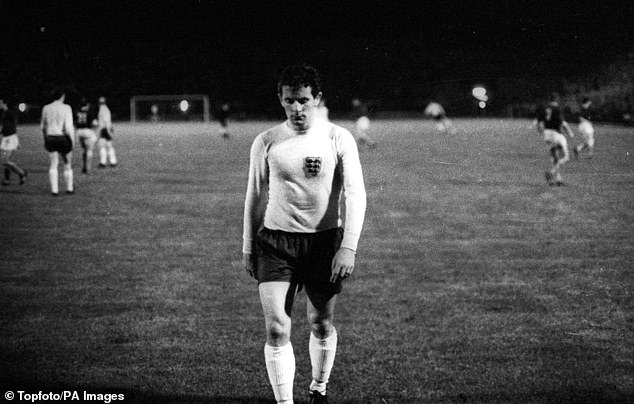 By its return to Italy in 1980, the Euro finals comprised eight nations and Ron Greenwood’s England were drawn alongside the hosts plus Spain and Belgium.

Having failed to qualify for anything since 1970, there must have been so much anticipation ahead of the tournament opener with Belgium in Turin.

But that fizzled out into a 1-1 draw against a Belgian team who admittedly would go on to lose the final to West Germany. Ray Wilkins opened the scoring, only for Jan Ceulemans to level a few minutes later.

A week later and England were flying home having lost to Italy and then beaten Spain in vain. There was no sign of the footballing black hole that was the 1970s getting much brighter for England. 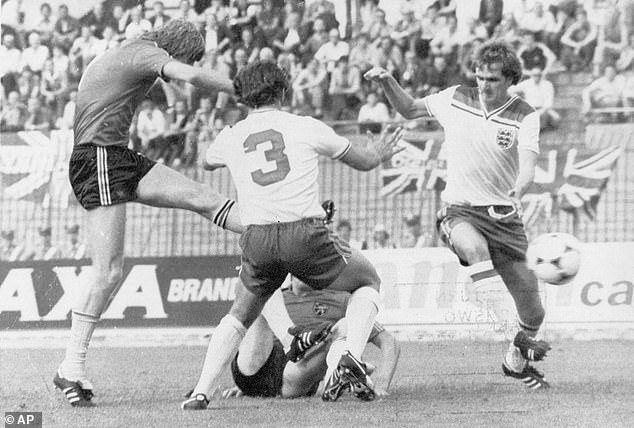 They didn’t make 1984 but would have fancied their chances when drawn with the Republic of Ireland, Holland and Soviet Union in West Germany in 1988.

But it was a disaster for Bobby Robson’s side – three defeats from three – that began when Ireland’s Ray Houghton looped a header over Peter Shilton six minutes into their opening game.

Ireland, with 1966 World Cup winner Jack Charlton at the helm, somehow weathered a barrage of chances with keeper Packie Bonner playing a blinder to hold on for a famous win. 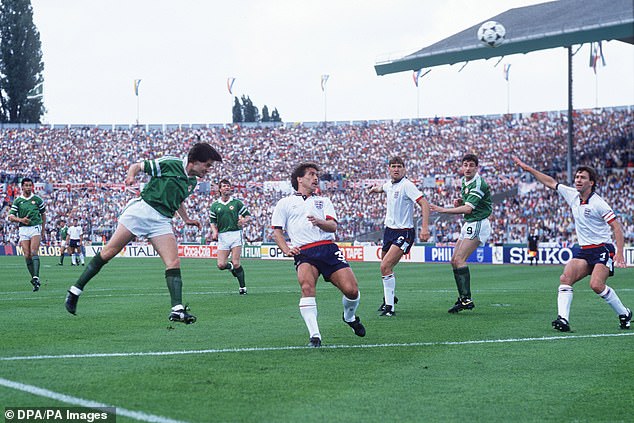 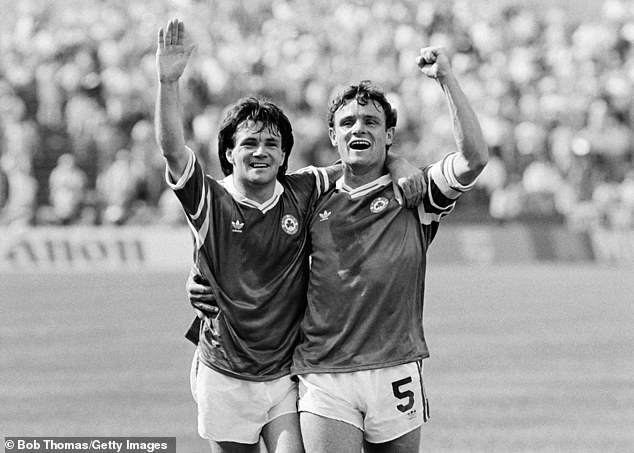 As you’ve probably guessed, things didn’t get a great deal better under Graham Taylor and their Euro 1992 opener saw a drab goalless draw with Denmark.

Reasonable enough, you might think, until you recall that the Danes were late emergency stand-ins for Yugoslavia who were turfed out by the United Nations amid the raging Balkan Wars.

Peter Schmeichel and Co should have been on the beach but they almost beat England when John Jensen struck the inside of a post late on.

And while Denmark improbably went on to win the tournament, England finished bottom of their group and crashed out after a loss to Sweden. 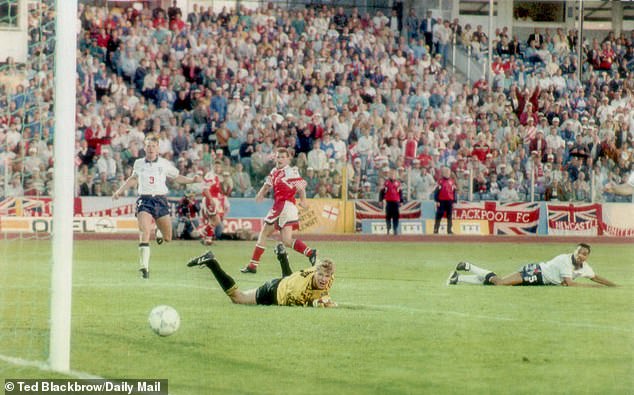 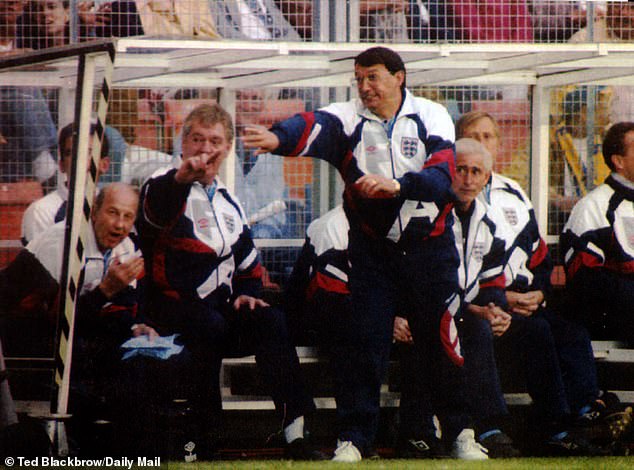 Which takes us to that wonderful summer of 1996 as football came home. We tend to view Euro 96 as halcyon days but what is often forgotten is that England limped to a 1-1 draw with Switzerland in their opener.

Terry Venables’ team no doubt lacked some competitive edge having played only friendlies for two years because they qualified automatically as hosts.

Alan Shearer’s goal, ending a 12-game international scoring drought at the best possible time, had them on course for victory until they ran out of puff and Kubilay Turkyilmaz equalised with a late penalty to puncture some optimism. Fortunately, it got better from there. 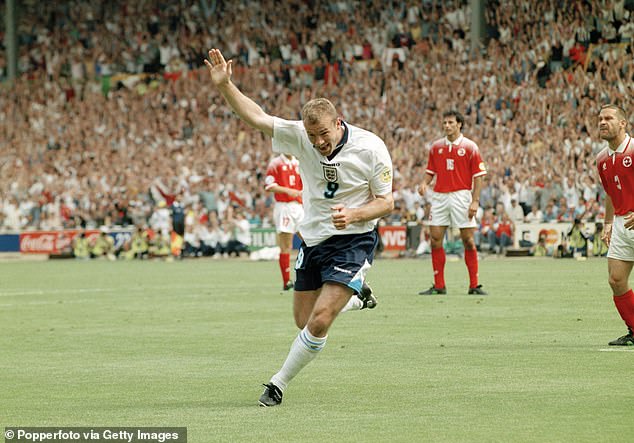 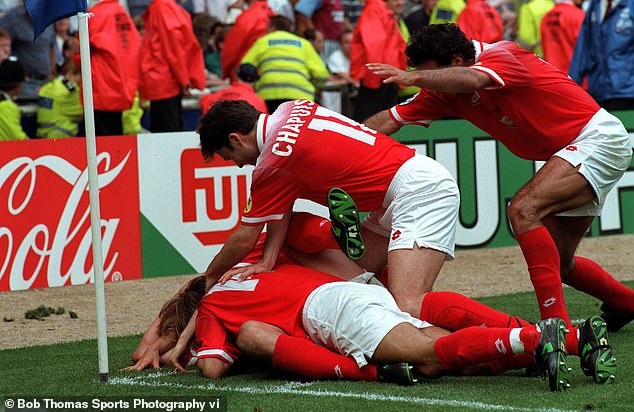 The next two Euros saw England guilty of throwing away good leads.

In 2000, Kevin Keegan’s side stormed into a two-goal lead inside 18 minutes against Portugal, with Paul Scholes and Steve McManaman on target.

Yet, somehow, they conspired to lose 3-2, setting them up for that heart-breaking exit to Romania eight days later. 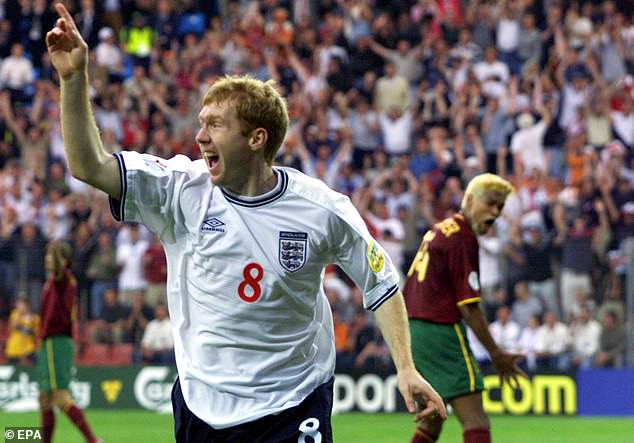 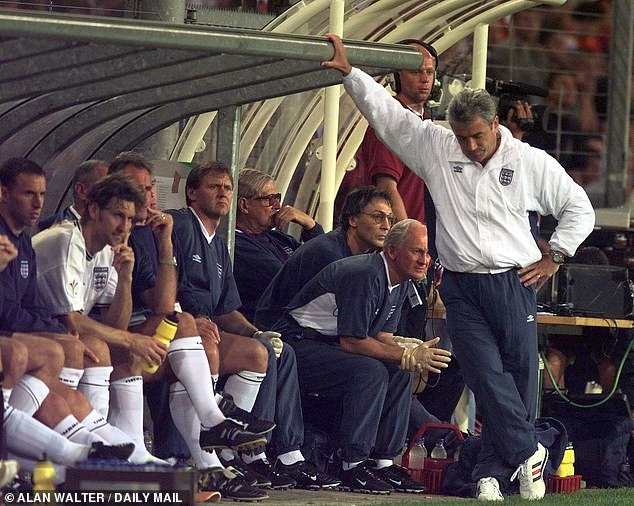 And in 2004, Frank Lampard’s goal had Sven’s England mere seconds away from the major scalp of beating France in their first game.

The England players looked absolutely inconsolable but recovered well to win their next two games. 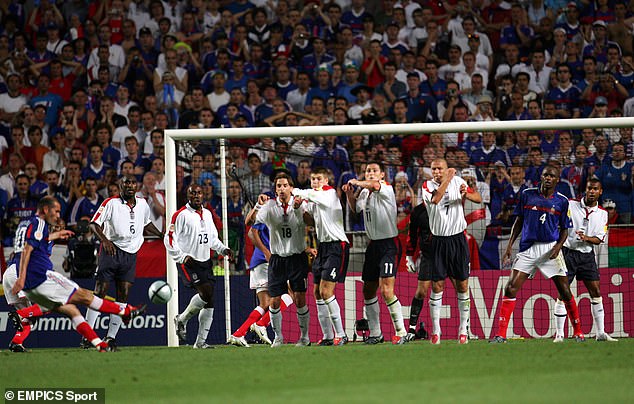 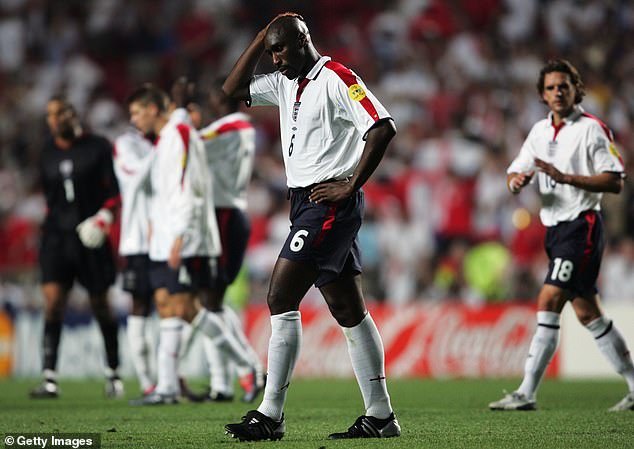 It was France again in 2012 but not quite as damaging. Roy Hodgson’s team played out a 1-1 draw in Donetsk but again threw away an advantage as Samir Nasri cancelled out Joleon Lescott’s header.

And the last time, in 2016, England should have been four or five goals to the good against Russia in Marseille even by the time Eric Dier popped in a stunning 73rd-minute free-kick. 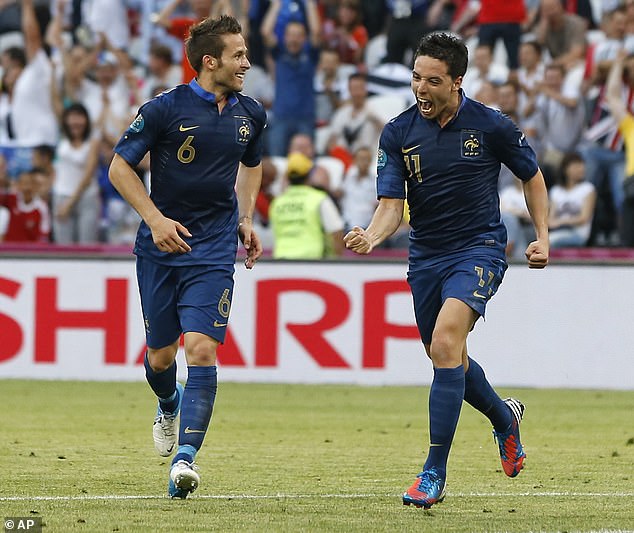 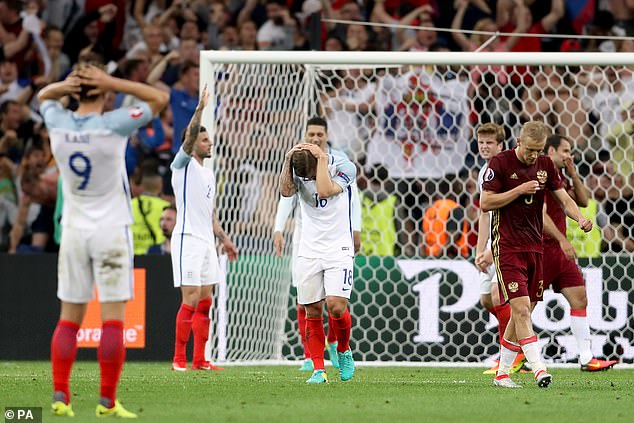 Obviously they couldn’t hold on against opponents who’d done precious little all night. Vasili Berezutski bundled the ball home in stoppage time and England’s campaign didn’t get a whole lot better from there.

So just a win of any description over Croatia on Sunday would be an improvement. England’s record suggests not to get hopes up too high.