Stuart Broad took two wickets in an over as England made a decisive start to the first Test against Sri Lanka in Galle.

The hosts opted to bat first after winning the toss but saw themselves reduced to 65-3 at lunch on day one.

England’s preference for two spinners and the extra pace of Mark Wood meant record wicket-taker James Anderson was stood down, leaving Broad the task of leading the attack and he responded in style by removing Lahiru Thirimanne and Kusal Mendis cheaply in the space of three balls. 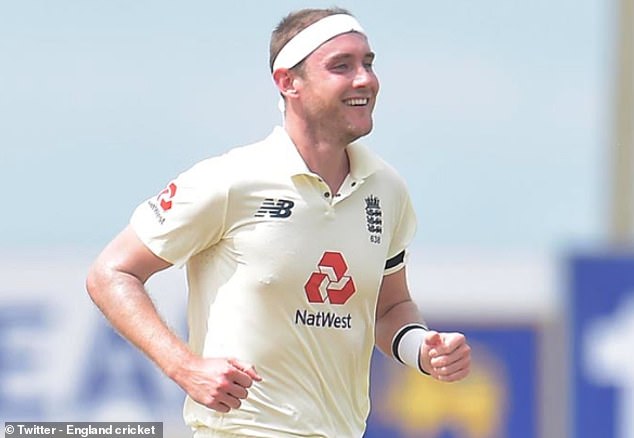 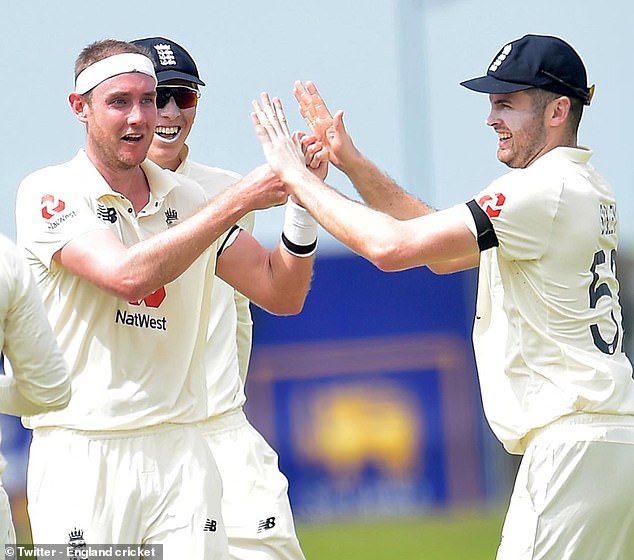 Spinner Dom Bess capitalised on the opening, seeing off Kusal Perera courtesy of an ill-judged reverse sweep as the tourists took charge.

The morning began with bad news for the home side, whose captain Dimuth Karunaratne was ruled out with a hairline fracture of the thumb. In his absence Dinesh Chandimal assumed control and opted to bat first.

It seemed a fair decision, with the pitch offering little early on, but that did not reckon with Broad’s intervention.

The 34-year-old continued his superb form from 2020, ignoring a lack of swing to land a pair of crucial blows with the new ball. He had already seen Jack Leach misjudge a top edge from Perera at fine leg when he limbered up for his fourth over and struck gold.

Thirimanne had been playing himself in quietly for four runs but fell blindly into a trap set by England captain Joe Root, flicking Broad off his pads and straight into the hands of the alert Jonny Bairstow at leg gully.

Broad wheeled away in delight, acknowledging his skipper’s foresight with a point of the finger. Next up was Kusal Mendis, fresh from three straight ducks against South Africa.

Broad needed just two balls to make it four in a row, hanging a leg cutter outside off stump and watching as the number three lunged at it and edged to Jos Buttler.

At 16 for two, Sri Lanka had surrendered the initiative but worse was to come when Perera tossed away his start. Having scored 20 of his side’s first 25 runs he knelt into a pre-meditated reverse sweep from Bess’ second ball.

His timing was off and when the ball lobbed to slip off the glove, Root made no mistake. Angelo Mathews (17 not out) and Chandimal (22 not out) halted the charge with a stand of 40 but England only had themselves to blame for allowing them to reach the break intact.

Dan Lawrence, making his international debut, shelled a simple catch at cover when Chandimal drove loosely at Leach, who also beat the outside edge on several occasions with turn.