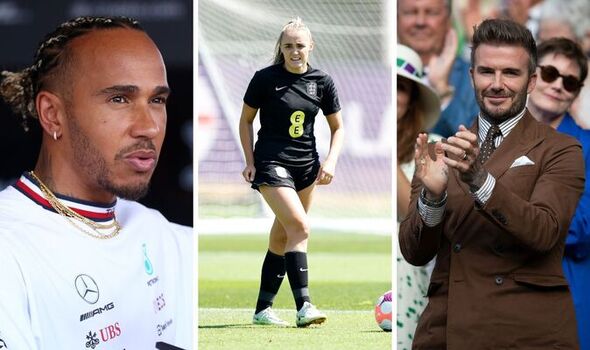 David Beckham Lewis Hamilton and members of the men’s team have all been in touch, but the Lionesses are taking their newfound celebrity very much in their stride. Georgia Stanway, a 23-year-old from Barrow-in-Furness, only broke through as a regular in the first team on the eve of the tournament, but plays – and talks – as though she has been in the spotlight all her life.

“Quite a lot of the England men have been in touch, just wishing us well and asking if they can have a ticket,” she revealed at Friday’s media gathering.

“’Sorry, lads, we’re all sold out!’” Guess they’ll just have to keep watching on the box like everybody else. More than 11m watched live on TV or via streaming services when England beat Sweden and even more in Germany tuned in for the second semi-final against France.

Social media has been buzzing since Stanway’s superb strike in the quarter-final against Spain and Bayern Munich’s summer signing from Manchester City is beginning to get a sense of what a big deal it is. “All the messages we are getting just show how many people are getting involved,” Stanway said. “When you play you don’t realise who’s watching. Massive names, saying they were enjoying the games. How big it is.

“When the Royals are saying they are watching us and kids around the TV are tuning in, it’s mad. You kind of forget that everybody has got a TV and everybody is not doing something that evening. It’s weird. People seem to be saying, ‘The Lionesses are on tonight – get everyone around the TV’.”

As a result, Stanway is fed up with discussing what the Lionesses are doing for the future of the game. “We need to stop talking about how big women’s football is getting and talk about how big it already is,” she said. “We’re just hitting new levels every single time. Even if England aren’t playing, the viewing figures are ridiculous.

“It’s just a good job that I can’t see any of them! All behind the screen or in the stands. No, my eyes are on the ball. That’s where we’re at now.” 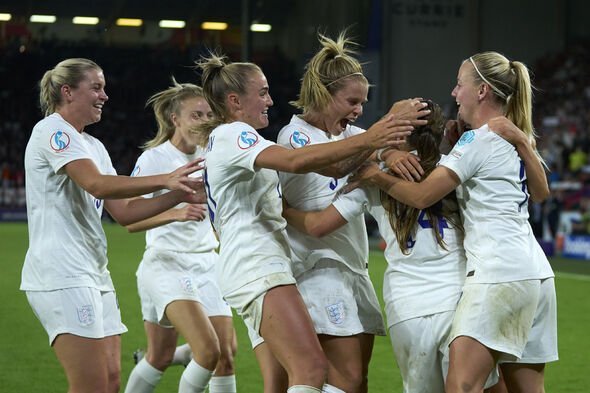 There has been a lot of talk about promoting the women’s game or lifting the nation by winning on Sunday. Or maybe redressing some historical imbalances, given that it is Germany who are England’s opponents.

Gamely, at various points during the tournament the Lionesses have promised to try to carry out all those responsibilities. However, from the start, manager Sarina Wiegman has always insisted that her players should only focus on what they can achieve for themselves.

Specifically, the version of themselves that came to the game in the first place. “The biggest thing that Sarina has said was at the start,” Stanway recalled. ‘Play for the little girl that always wanted to be in our shoes now,’ she said.

“So I’ll play for the little girl who wanted to play at the start, went to training, loved it, dreamed to be in our position. Yeah, I’ll play for her.”