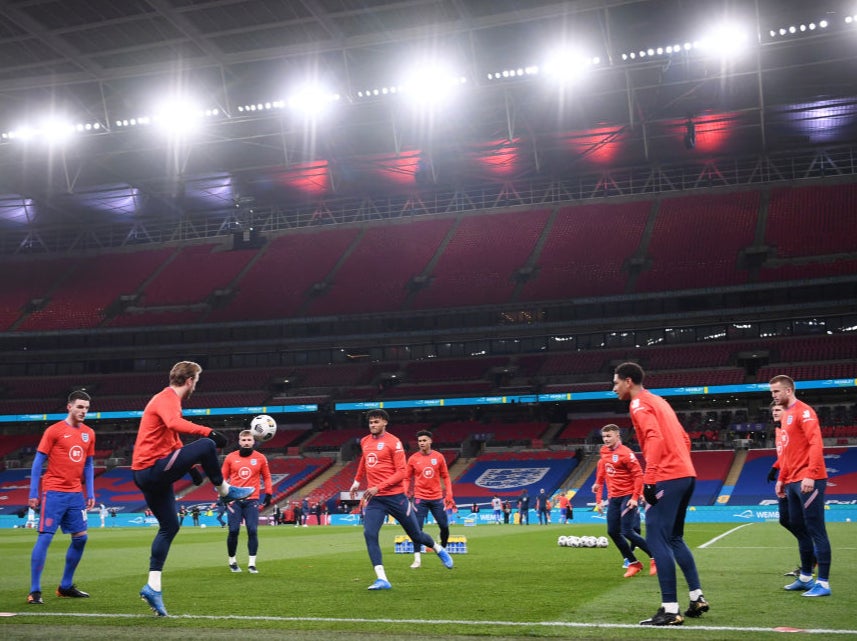 England players warm up at Wembley

Follow all the action as England welcome Poland to Wembley in tonight’s crucial World Cup qualifier.

Gareth Southgate’s side surged to a 5-0 victory against San Marino in the first outing of their campaign before a comfortable 2-0 win against Albania last weekend. Tonight’s match will act as a final audition for players hoping to secure their places at the Euros this summer, with the head coach admitting his first team is already close to being finalised.

England are the only side in Group I to have won both of their opening two matches as the Three Lions attempt to avoid any slip-ups on the road to Qatar 2022, but Poland does represent a significant step up in opposition, even without star striker Robert Lewandowski, who has been ruled out for four weeks due to a knee injury. “It’s the last chance to put on a performance,” Declan Rice said ahead of tonight’s game. “No disrespect to San Marino and Albania but it will be a real step up and closer to the opposition we’ll be facing in the Euros. It’s a real chance to make a statement.” Follow all the action live below:

Who’s on the bus?

These three World Cup qualifiers, against San Marino, Albania and Poland, are the last competitive games that England will play before the European Championship this summer. They’re a last chance for Gareth Southgate to take a look at his players and finalise his squad for the tournament: 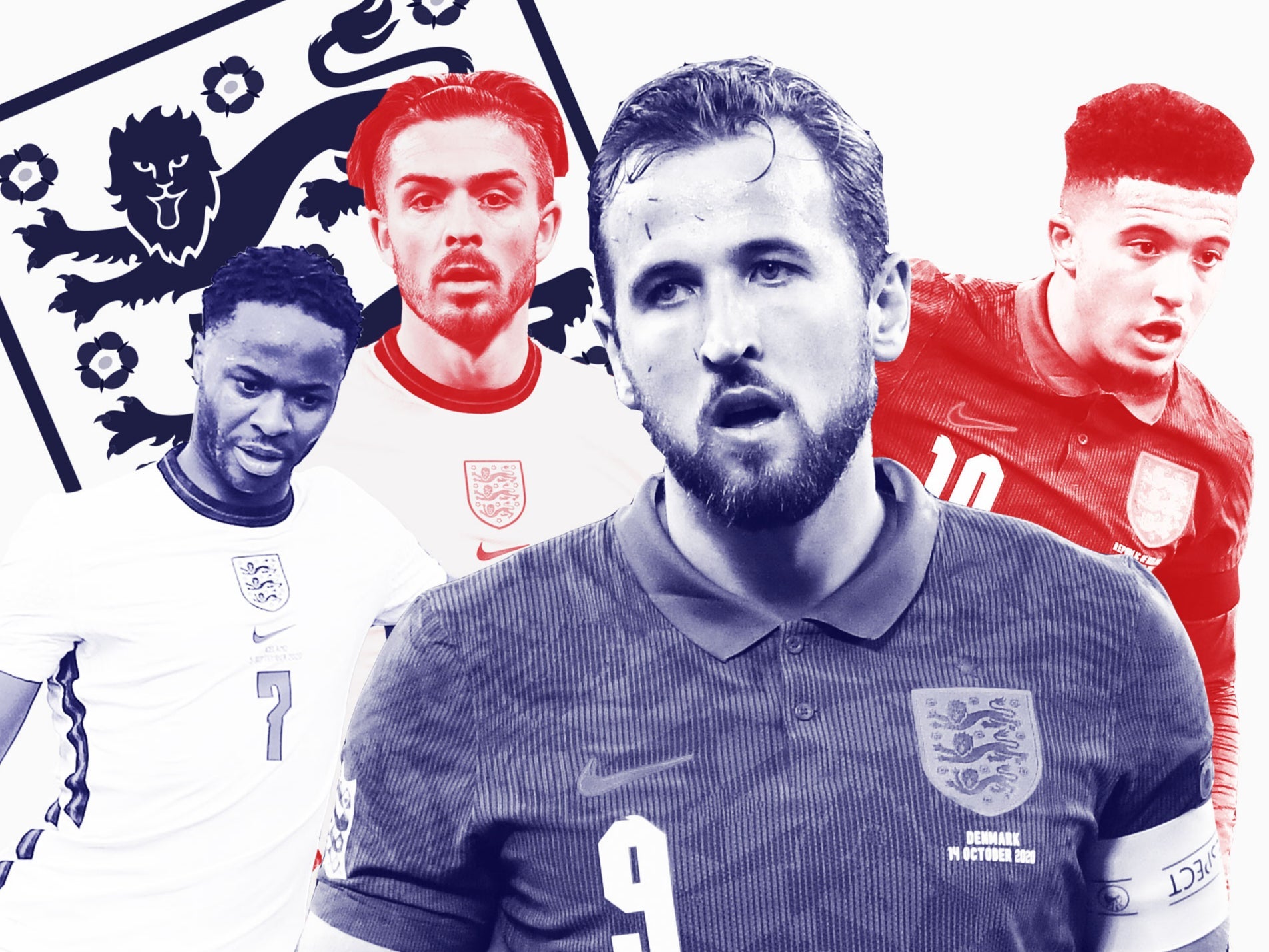 Who will make up Gareth Southgate’s final 23-man squad?

Since losing three games in the 2014 World Cup qualification campaign, including one to England, Poland have lost just three of their subsequent 32 matches in World Cup/European Championship qualifying with 23 wins and six draws.

A walk in the park

England have lost just one of their last 49 World Cup/European Championship qualifying matches, losing 2-1 against the Czech Republic in October 2019. At home, the Three Lions are unbeaten in 29 qualifiers with 26 victories and just three defeats, winning each of their last 19 games. 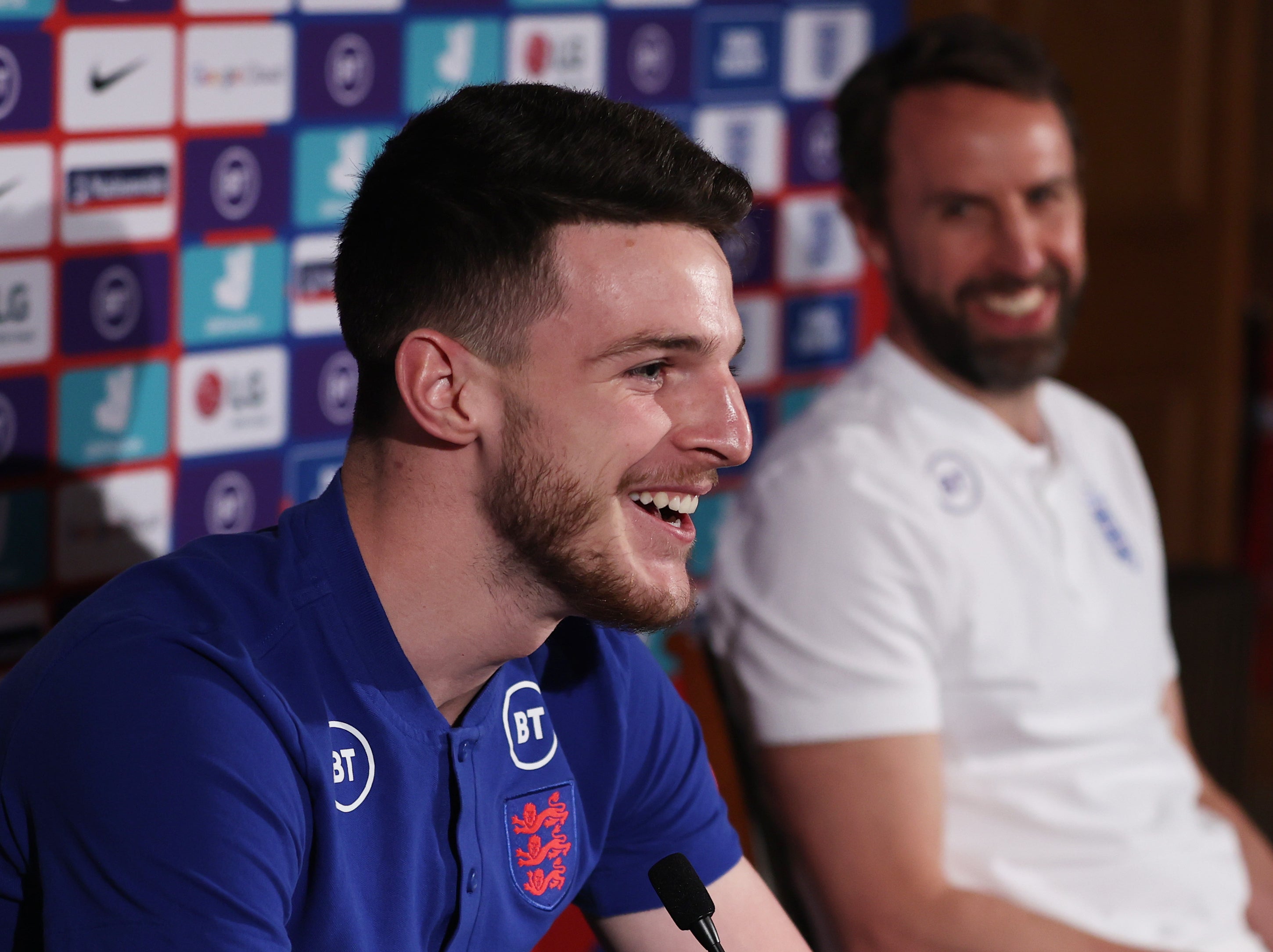 Declan Rice: England are a ‘really entertaining team to watch’

‘We’re not the finished article yet’ – Kane

England captain Harry Kane says his team are still developing despite back-to-back wins in the World Cup qualifiers. The Three Lions swept away San Marino 5-0 before beating Albania 2-0 last Sunday. Tonight’s game pits them against their toughest opponents yet in Poland and Kane believes the team is in a good place to make it three wins from three. He said:

We’re not the finished article yet – we’re in a good place, we’ve won two games. Obviously people expect us to win but you still have to go out there and do it.

“Poland will probably be the toughest game in the group, so we’re ready for that.

“It’s a quick turnaround so, if we can win that I think we can go four points ahead in the group – and that puts us in a great position going into the games after the Euros.”

Bit of a surprise as Arek Milik is left out despite Robert Lewandowski’s injury.

England have lost just one of their 19 matches against Poland with 11 wins and seven draws. Their only defeat coming in a World Cup qualifier in June 1973 in Chorzow where they lost 2-0.

The Three Lions have won their last seven home matches against Poland, a run stretching back to 1989.

This is the seventh World Cup group stage qualification campaign to see England face Poland, the most of two nations in the history of European World Cup qualifying.

Stones and Maguire partner up at the back, while Ben Chilwell gets the nod on the left.