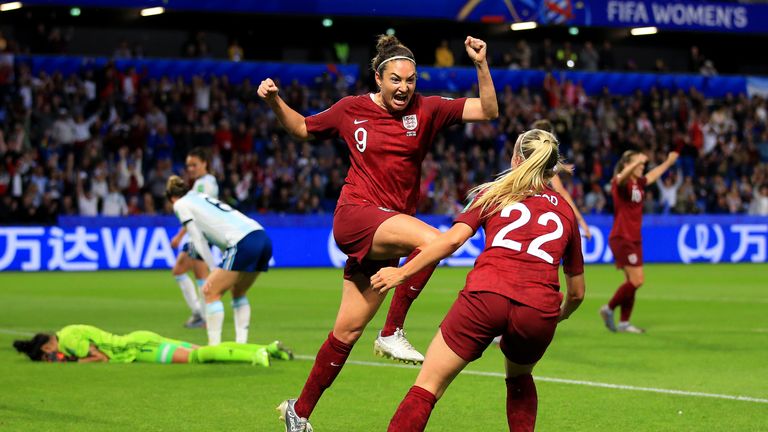 Jodie Taylor’s close-range finish gave England Women a 1-0 win over Argentina to seal their place in the World Cup last 16.

With the hour mark approaching, Phil Neville’s side had nothing to show for their dominance in Le Havre having wasted numerous chances, none bigger than when Nikita Parris’ penalty was saved by Vanina Correa before the break.

Argentina defended stoutly, as they had against Japan in their opening game, but England finally produced a chance they could not miss in the 61st minute when a counter found Beth Mead on the left, and her excellent low cross beat both centre-backs allowing Taylor forward to finish from four yards.

Jill Scott should have doubled the lead minutes later but headed over from Alex Greenwood’s excellent delivery, before England saw the game out with relative ease to leave them needing just a point in their final game with Japan, next Wednesday, to top Group D.

Straight from kick-off, England looked to dominate against a defensive Argentina team, and while their build-up was much improved from their shaky win over Scotland last Sunday, their final ball was still lacking. 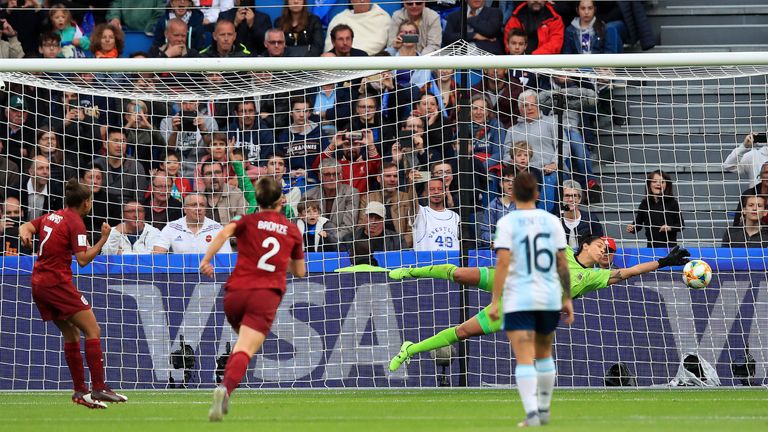 Lucy Bronze’s excellent cross from the right was headed straight at Correa by Scott from eight yards in one fine move, but their biggest wasteful moment would come from the penalty spot.

Greenwood was scythed down by Linda Bravo from Mead’s reverse ball and after a moment’s thought Liang Qin pointed to the spot. But the referee’s determination to avoid encroachment would leave Parris waiting more than a minute to take the penalty, and when she did her low strike was kept out with a comfortable, albeit excellent save from Correa.

Manager Neville said at the interval England needed to be patient and they continued in the same vain after the break, with Correa again coming out on top in her rivalry with Parris to keep out the Lyon winger’s half-volley from 12 yards with another stunning stop.

Taylor then conspired to head straight at the Argentina goalkeeper from close-range as Parris turned provider, but she put that to the back of her mind moments later. Argentina were made to regret a rare decision to commit players forward as England swept through midfield, reaching Greenwood on the left and then Mead, whose arching low ball from the left of the area found Taylor, who could not miss.