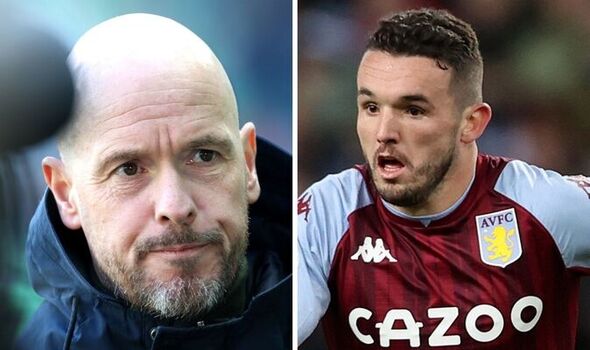 The club have failed to bolster their options in midfield for the past few seasons with Fred, Scott McTominay and Nemanja Matic the main three options to play in behind Bruno Fernandes. While there have been some improvements from both Fred and McTominay, United are keen to make some upgrades to help move them further up the table.

Declan Rice and Kalvin Phillips have been touted as the two main options United are looking at. Both players will come at a hefty price though with United likely needing to break their club-record fee.

But John McGinn, who is reportedly seen as an alternative to Rice and Phillips, may fit Ten Hag’s model better as opposed to the other two. Throughout Ten Hag’s time in charge of Ajax, he has worked miracles on a shoestring budget compared to other European giants.

United will be a different ballgame altogether with new-found riches being made available to him in the transfer market. And big money will likely need to be spent to revitalise the United squad. But McGinn is just the kind of player Ten Hag will likely be a fan of.

Aston Villa will not let their star midfielder leave easily and Steven Gerrard may well step in to stop any of his players joining Liverpool’s rivals given his allegiances to his former club. But he would still come in much cheaper than any deals for Phillips or Rice, both of whom will cost somewhere in the region of £60million and £100m respectively.

McGinn may not be the big name player United have been used to signing over the years, but the 27-year-old is still renowned as one of the most talented midfielders in the Premier League. The Scotland international has also had a glowing recommendation from Sir Alex Ferguson with the legendary United boss supposedly pushing his former club to sign the midfielder back in 2019.

The diminutive Scot has slowly and quietly gone about his business at Villa over the years with the midfielder key to everything Gerrard is building at the club. That same kind of role would fit perfectly in Ten Hag’s system, with McGinn capable of playing out wide and more centrally.

His versatility would see him potentially fit in the same role Steven Berghuis has had at Ajax under Ten Hag this campaign. The 30-year-old was largely deployed on the wing during his days at Feyenoord, but Ten Hag has transformed the attacker into an even more dangerous player through the middle.

Ten Hag has predominantly gone for players capable of being versatile enough to fit into his 4-3-3 system and McGinn may be the best option United are currently looking at to meet that criteria.