Manchester United icon Roy Keane has told Erik ten Hag how he can send a message to his squad by his handling of Cristiano Ronaldo this month as the Portuguese forward has been angling for a move away from Old Trafford. The legendary striker has begun his reintegration into the United squad and played 45 minutes in the club’s final pre-season friendly against Rayo Vallecano, ahead of their Premier League opener against Brighton on Sunday.

Keane believes that the situation surrounding Ronaldo can be an opportunity for Ten Hag to “put a marker down” to the rest of his squad. “We don’t know what Ronaldo’s behaviour is like now that he is back in training,” Keane told Sky Sports. “Missing pre-season, obviously we have been told it is family issues, if that’s the case then so be it.

“If it is downed tools then that is unacceptable. But I don’t think it’s such a big deal as everyone’s making [it] out [to be]. When you’re a manager, you don’t put up the trouble, trouble comes your way.

“So this has come to the manager in front of him and he has got to deal with it, but I think he can put a marker down and say to Ronaldo next week or two, and he’s got takers and if the deal works for United they will probably want some money back. 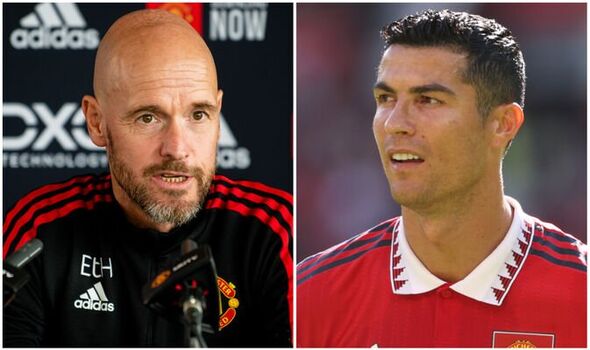 “Go: ‘Yeah if you want to go to Lisbon then off you go’, and the other players are looking and going ‘Okay short-term we will miss him, but in the bigger picture we are trying to rebuild’, because Manchester United aren’t competing for league titles I don’t think for two or three years.”

The Dutch coach has always claimed that he is looking forward to working with Ronaldo, and in his pre-match press conference reiterated the same stance. “I am really happy he is here,” said Ten Hag. “We have a top striker. We stick to the plan.” 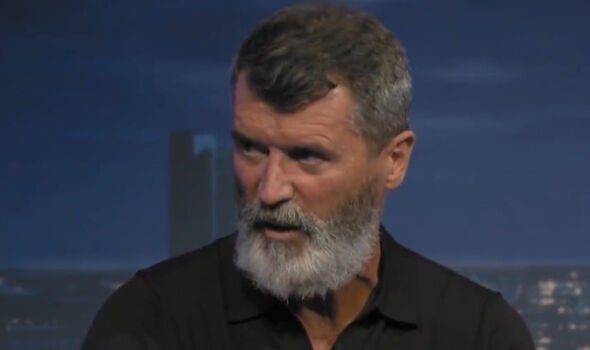 Ten Hag may need to rely on Ronaldo sooner than he perhaps expected, as ahead of Sunday’s visit of Brighton Anthony Martial has been ruled out due to a hamstring injury. The Frenchman has enjoyed a resurgence during pre-season alongside Marcus Rashford and Jadon Sancho.

Sancho has also been a doubt due to illness, which could leave Rashford and Anthony Elanga as the only first team forwards who were at the club last season available to face Brighton, meaning Ronaldo could play in the opening game of the campaign despite only completing 45 minutes during the club’s pre-season.

The Portuguese star has been touted to a number of top European clubs but so far this summer has not been able to find a club in the Champions League willing to take him away from Old Trafford.