Manchester United boss Erik ten Hag ‘isn’t as happy as he could be’ due to the club’s failure to acquire more of his transfer targets, according to reports. The Red Devils have brought in Tyrell Malacia, Christian Eriksen and Lisandro Martinez so far this summer. And they’re also eyeing deals for Frenkie de Jong and Benjamin Sesko, of Barcelona and Red Bull Salzburg respectively.

Ralf Rangnick expressed a belief towards the end of last season that Manchester United needed as many as eight new faces to challenge the likes of Liverpool and Manchester City for the Premier League title.

However, so far, Ten Hag has been given just three.

Malacia was the first to arrive, with the left-back touching down from Feyenoord, while Eriksen and Martinez have since followed from Brentford and Ajax respectively.

Yet the Independent say Ten Hag is far from happy with United’s board, believing they should have landed more of his targets by now.

De Jong is one player the 52-year-old is eager to snap up, having previously managed his fellow Dutchman at Ajax.

The pair helped Ajax win the Eredivisie title in 2019, as well as reach the semi-finals of the Champions League against all odds, and are believed to have struck up a positive relationship during that spell. 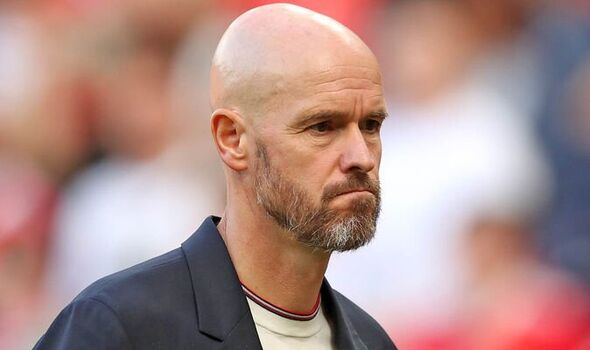 The best football of De Jong’s career came under Ten Hag, having blown hot and cold under Xavi, Ronald Koeman, Quique Setien and Ernesto Valverde throughout his stint at Barcelona.

And the United boss feels the Netherlands international’s understanding of his philosophy would ‘instantly accelerate the team’s development’.

The Red Devils board have spent over three months trying to get this deal over the line.

Yet while they’ve agreed a £63million deal with Barcelona for their prized asset, they’ve still been unable to bring De Jong in.

There have been claims in Catalan media that the midfielder flatly has no interest in being reunited with Ten Hag at Old Trafford. 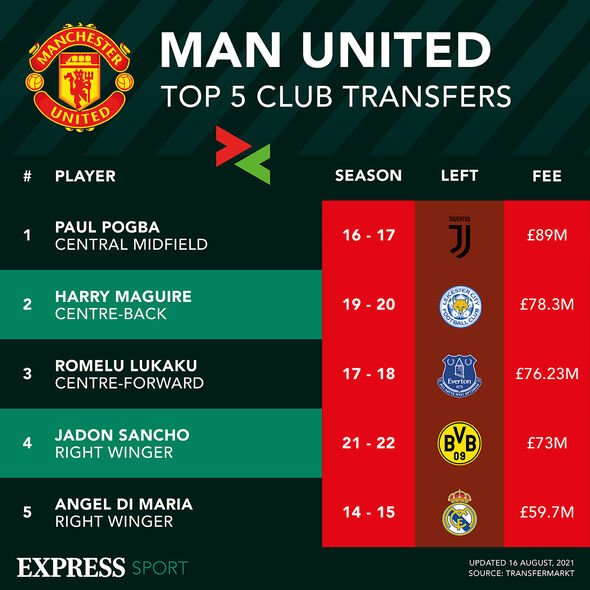 But a constant critic within the club has claimed ‘not even the old United would spend so long pursuing a player who doesn’t want to come’, with De Jong speaking to Ten Hag throughout.

Regarding Sesko, it’s claimed a deal for the Red Bull Salzburg teenager isn’t as ‘complicated’ as some have claimed.

The Austrian said are ‘well used to selling and normally just set a price’.

But United aren’t yet ‘going for it’, despite the 19-year-old emerging as a target amid Cristiano Ronaldo’s uncertain future.

On Ronaldo, it’s stated Ten Hag has accepted the Portugal international’s absence on their pre-season tour this summer was for family reasons. 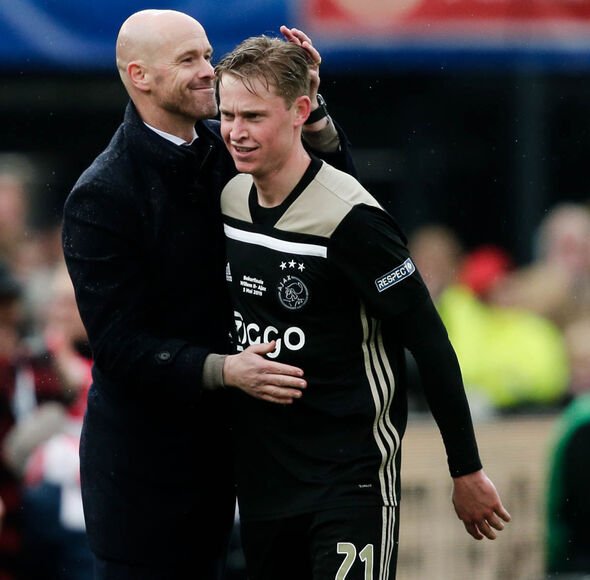 But he’s also ‘aggravated’ by the manner it has played out in public, with Ronaldo firmly in the spotlight amid his desire to leave.

Meanwhile, on De Jong, former United star Gary Neville has expressed a belief the club have plenty riding on a deal for the Barcelona midfielder.

“There’s a lot on that De Jong deal,” the Sky Sports pundit said at a Q and A session.

“Just generally. Not just for the team but for the club, the new operation, so they can get a deal over the line.

“There are three scenarios. One is that they get him, they look smart, they look patient, they look like they’ve bided their time and got the deal that they wanted. 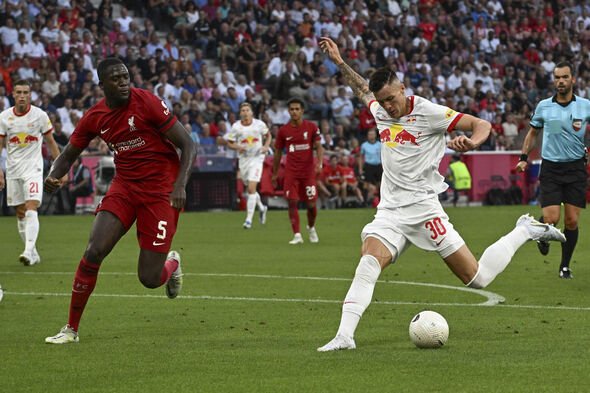 “Or, he stays at Barcelona. Which I think could be slightly embarrassing given the relationship the manager’s got with the player.

“Or the horrific outcome is that, he doesn’t just leave Barcelona, he goes to Chelsea – a competitor in the Premier League.

“That wouldn’t be a good outcome for United’s recruitment department.

“I think that would cause problems in the next few weeks.

“At the moment, it might be in two or three weeks Ronaldo settles down, says he’s staying, the football they’ve played in pre-season has been great, they might get De Jong over the line, all of a sudden you’re thinking: oh wow, it could be United.”