‘I’d love to play Champions League football again’: Christian Eriksen drops a hint on his future as the Danish star is linked with summer move away from Brentford to Tottenham or Man United

Christian Eriksen has admitted he would ‘love to play Champions League football again’ as he considers his options ahead of the summer transfer window.

The 30-year-old returned to football at Brentford in January having suffered a cardiac arrest on the pitch while playing for Denmark at last summer’s European Championship.

He has impressed for the Bees, helping them avoid the Premier League relegation battle, and has been linked with a transfer to Tottenham, Manchester United and others. 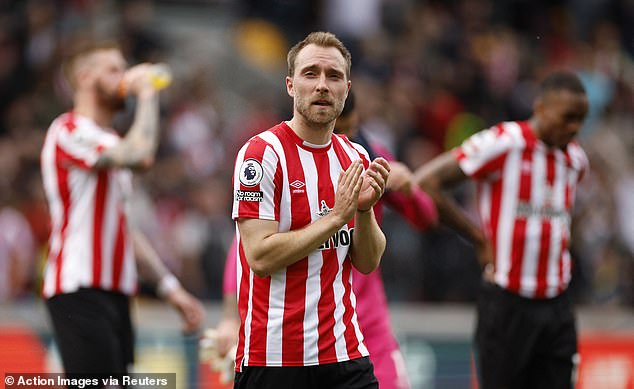 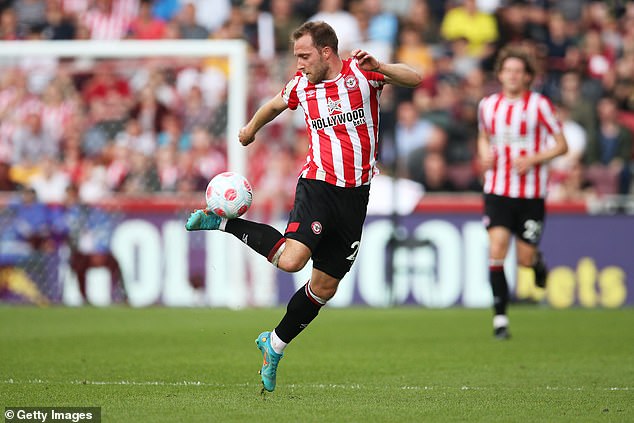 And Eriksen has dropped a hint on his summer movements by speaking about his ambition to play in Europe’s leading competition once again.

He told Viaplay: ‘I do not think that there are some football players who can just pick and choose between clubs, because there are many criteria that come into play.

‘There are also many clubs that need to see one’s path before that happens.

‘I have different offers and options, which we are considering, and then we make a decision.

‘I would love to play Champions League football again. I know how much fun it is, but it isn’t essential for me.’ 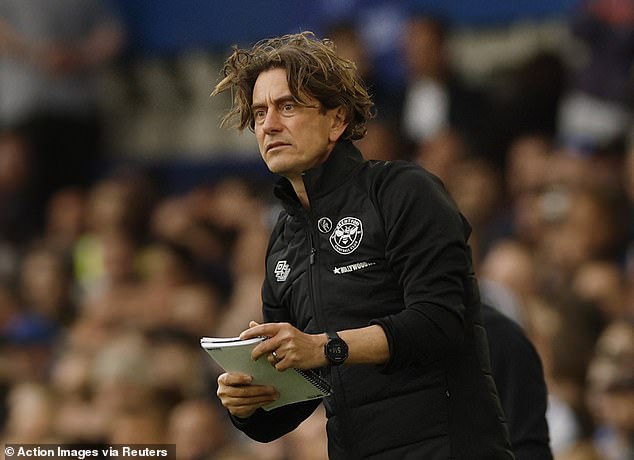 Eriksen’s six-month contact is set to expire after Brentford’s final game of the season against Leeds United on Sunday and Brentford have made no secret of their desire to keep hold of him.

He has scored once and contributed four assists during his 10 Premier League appearances for the west London club.

Eriksen has previously played in the Champions League for Ajax, Tottenham and Inter Milan, reaching the 2019 final with Spurs.

His comments would appear to rule out United, who can only qualify for the Europa League at best on the final weekend of the season. 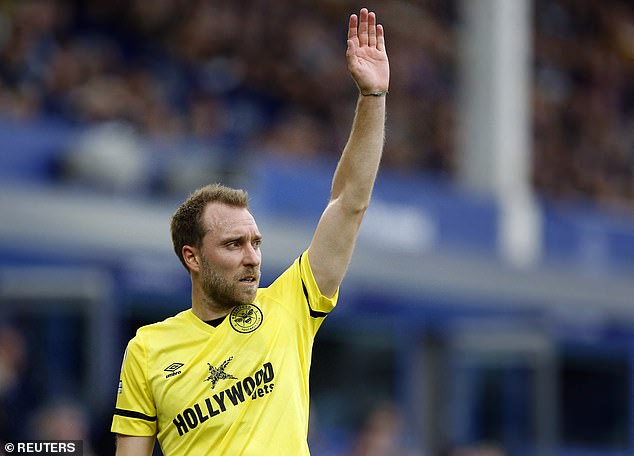 Bees manager Thomas Frank hasn’t given up on keeping his fellow Dane for a little longer.

He said after Sunday’s 3-2 win at Everton: ‘There is still more to come from him.

‘Maybe not 10 top crosses a game, but more sharpness in the big moments. He’s at a good level now but the last bit will take some time.

‘For me [signing Eriksen] was not a gamble. I was convinced he could help us and that he could be the best signing ever for Brentford.

‘It was not an injury, it was a heart condition. So he wouldn’t have lost any speed or anything. There’s a mental issue but when he decided he wanted to play that was it.’