Should Real Madrid be serious about signing Erling Haaland this summer, they will need to do everything within their power to fend off the likes of Manchester City, Manchester United, Liverpool and Barcelona. The race for the Borussia Dortmund frontman is already starting to heat up even though Mino Raiola is insistent that his client is happy in Germany.

Haaland’s £64million release clause does not become active until next summer, meaning any club looking to sign him at the end of the season will have to pay an astronomical fee likely to exceed £100m.

Dortmund hold all the cards but given there is a shortage of top-class young strikers available in the market, Haaland will not be short of potential suitors particularly with the likes of Sergio Aguero, Edinson Cavani and Karim Benzema approaching the final chapters of their careers.

Real Madrid are currently lacking inspiration and Florentino Perez is in desperate need of some new Galacticos, as the La Liga giants look to embark on a new dynasty.

There’s still a good chance one could arrive in the form of Los Blancos legend Cristiano Ronaldo but even if a deal is struck with Juventus, Real need fresh blood. 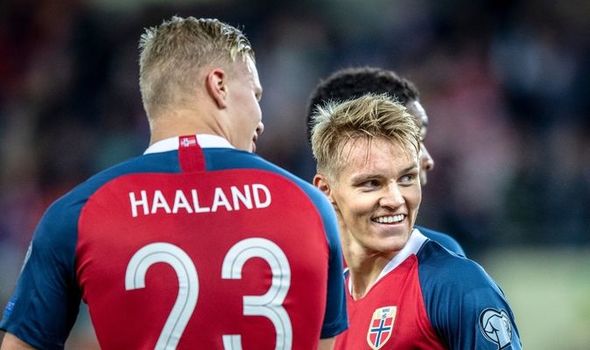 Haaland would be the perfect signing in every sense of the term but persuading him to join could prove challenging with the likes of City in contention.

Yet Real Madrid do have one clear advantage in the fact they have Haaland’s international team-mate and close friend Martin Odegaard on their books.

The attacking midfielder has just been made captain of his country and is currently thriving on loan at Arsenal.

He netted a stunner in the 3-1 Europa League win at Olympiacos and backed up the goal with a crucial strike in the 2-1 win over Tottenham in the north London derby last Sunday.

Arsenal want to sign him permanently but Real Madrid are yet to make a decision on his future.

But if keeping him means getting Haaland, it’s a no brainer for Zinedine Zidane and Perez, who can always move Odegaard on in the future.

As the shining lights of Norwegian football, the pair have huge admiration for each other and to play together at club level would be an opportunity they couldn’t resist. 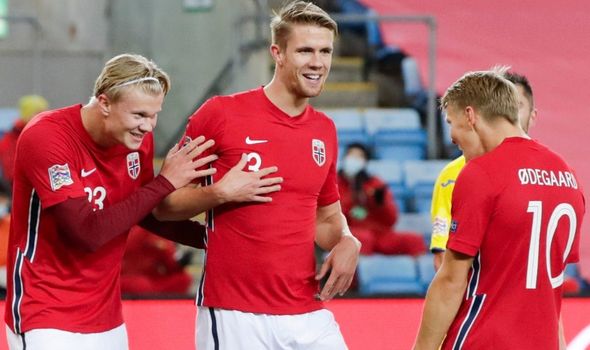 Ultimately, Madrid’s pursuit of Haaland could deny the Gunners the chance to sign Odegaard.

Furthermore, Zidane’s future is not necessarily set in stone particularly if Madrid fail to win La Liga or the Champions League.

Odegaard could get a fresh start in Madrid under a new manager but his future most certainly holds value and pulling power in the race to sign Haaland.