England won their opening match at the European Championships for the first time with a 1-0 Euro 2020 Group D victory over Croatia at Wembley.

Raheem Sterling who has now been directly involved in 19 goals in his last 17 England matches with 13 goals and six assists, converted man-of-the-match Kalvin Phillips’ pass early in the second half to get Gareth Southgate’s side off to the ideal start.

England’s players left the pitch to a chorus of 1996 anthem ‘Football’s Coming Home’ from the majority of the 22,500 fans inside the stadium.

In Group C, North Macedonia’s first appearance at a major tournament ended in a 3-1 defeat against Austria, who recorded their first win at a Euros, while Holland who failed to qualify for the last World Cup and Euros, made up for lost time with an entertaining 3-2 win over Ukraine.

England substitute Jude Bellingham who set a new record for the youngest player to feature in the tournament’s history at 17 years and 349 days, appears to have a celebrity fan.

Arnautovic on the Mark 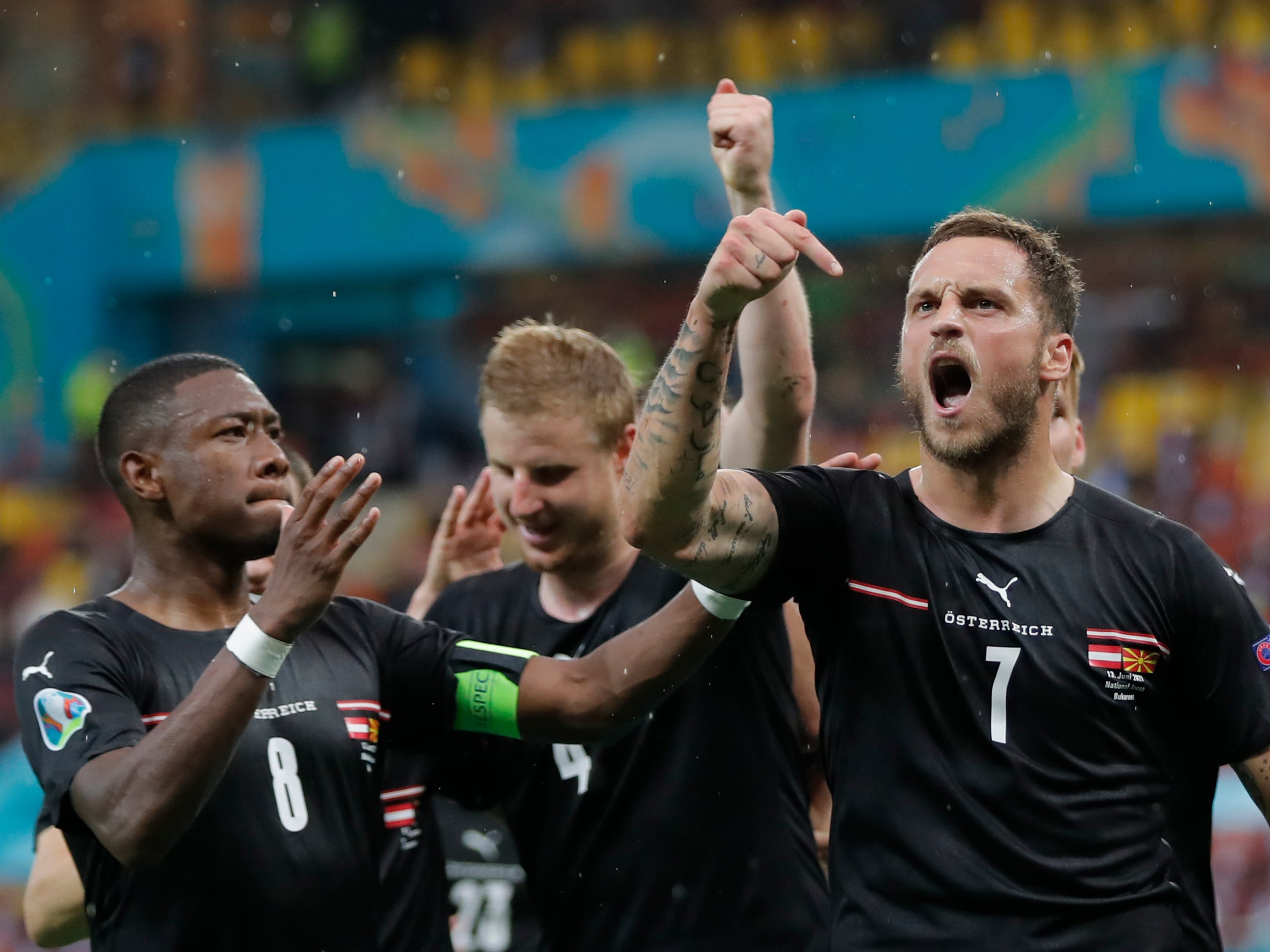 Quote of the day

I’ve always said if I play at Wembley in a major tournament, I’m scoring. It’s great to finally do that.

Holland squandered a two-goal lead on their return to major tournament football after a seven-year absence, only to score an 85th-minute winner to beat Ukraine 3-2 in Amsterdam.

North Macedonia’s Goran Pandev played in his first major tournament 7,312 days after his international debut. The Genoa forward celebrated by scoring his 38th international goal a month before his 38th birthday – unfortunately his side lost 3-1 to Austria