By the end, the scene was wearily and depressingly familiar: an emptying stadium, the soundtrack of mutiny and the stench of failure.

Everton had finished 2022 by pilfering a point at Manchester City but 2023 has started with a ritual embarrassment. This was the kind of night to leave a manager fretting about his long-term future and leave supporters sweating about their club’s top-flight status.

First, full credit must go to Brighton, a progressive club with a long-term vision and an outstanding plan. They scored four times, might have had a couple more and carried a swagger that left Evertonians wishing their own team could play with such alacrity and ingenuity. 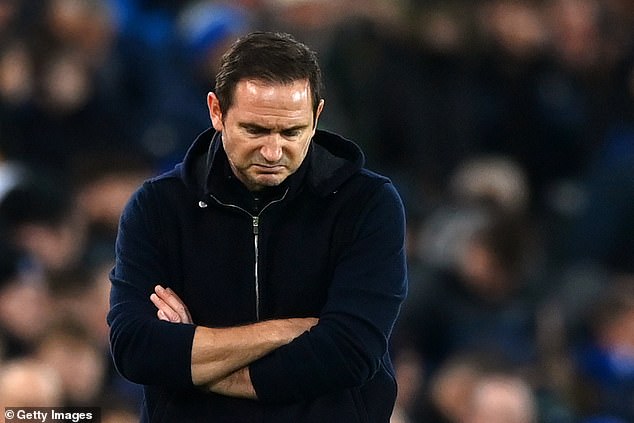 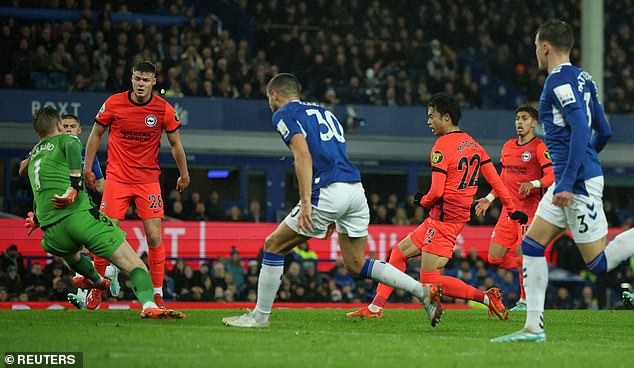 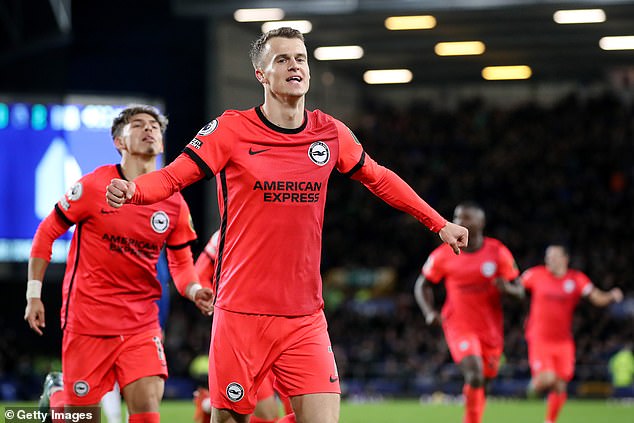 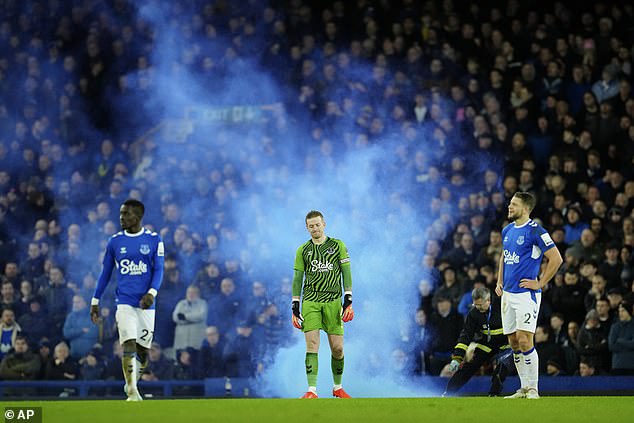 Roberto De Zerbi will go towards the business end of the campaign from a position of strength and why should they not be dreaming of qualifying for Europe? They have got all the tools to go the distance and are playing as well as anyone around them in the table.

But what of Everton, this once proud institution? They have played Russian roulette with relegation to often in the last decade and, one of these days, they will reach the point of no return. This performance was so bad, so depressing it left you fearing what is around the corner.

Frank Lampard looked haunted as the game meandered to a finish. He will know how impatient and jumpy owner Farhad Moshiri gets in moments such as these and the next few days, undoubtedly, will be uncomfortable. This, after all, was a night with no redeeming features.

A result as unexpected as the one at the Etihad couldn’t have failed to inject confidence and, sure enough, Everton’s start was bright and enthusiastic. They were on the front foot quickly and, inside three minutes, Brighton keeper Robert Sanchez had been called into action to thwart Alex Iwobi.

It was a good save, too, the Spaniard plunging to his left to turn Iwobi’s shot around the post. Lampard had wanted the atmosphere to be like a bear pit, one of those nights when Goodison fizzes, and this was the kind of early skirmish that could have easily led to it catching fire.

They came again in sixth minute, this time Tom Davies stinging the palms of Sanchez with a 20-yard drive. It never had the direction to cause any anxieties but this was Everton stating their intentions – could they build on it? The answer, certainly for the remainder of the first period, was no.

Once Sanchez put his foot on the ball, Brighton took a deep breath and began to pass and move around Everton, their aluminous orange shirts a blur as they made the hosts midfield and defence look as mobile as training ground mannequins. 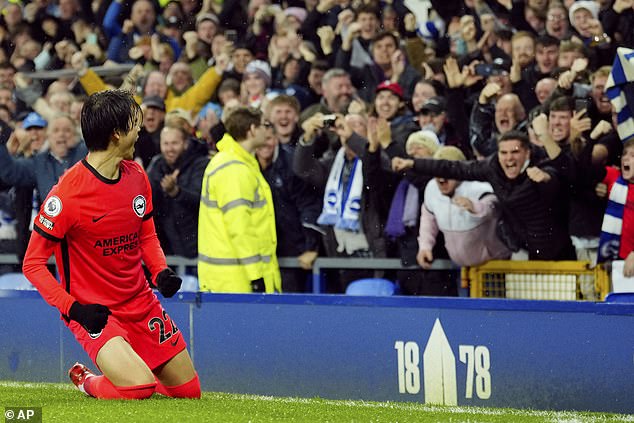 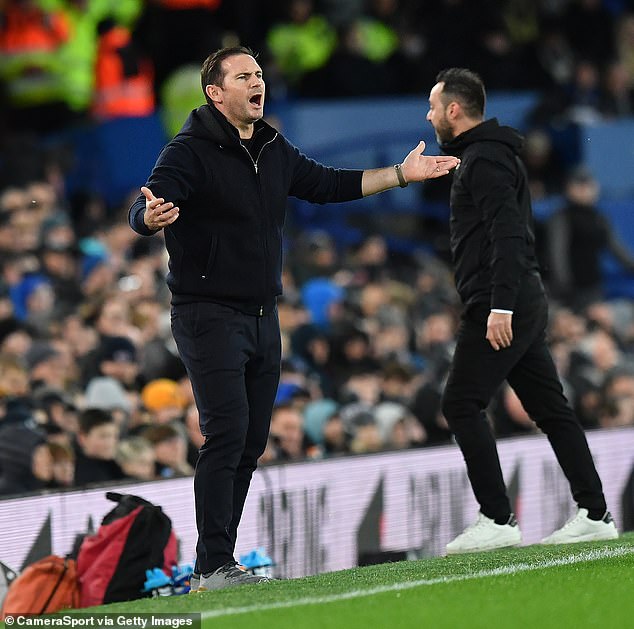 Brighton, really, should have taken the lead in the 10th minute when the enthusiastic Solly March – what an excellent professional he has been, right from his days as an England Under-21 international – scuttled to the byline and picked out Mitoma at the back post but he headed over.

No matter. In the next attack, Moises Caicedo swept a long ball out from right to left and Everton right-back Nathan Patterson horribly misjudged it, allowing Mitoma to collect, turn the Scot inside out and then drift inside Conor Coady to slot past Jordan Pickford.

What a dreadful goal this was for Everton to concede but Brighton were certainly not complaining. With a foothold in the contest, they spent the remainder of the opening period dominating possession and playing with swagger of a team who know their roles inside out. 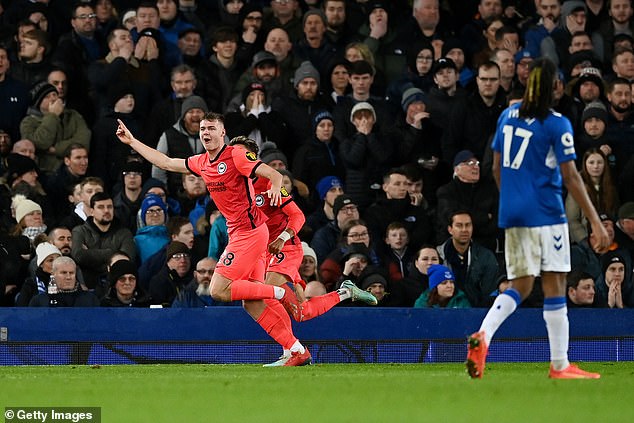 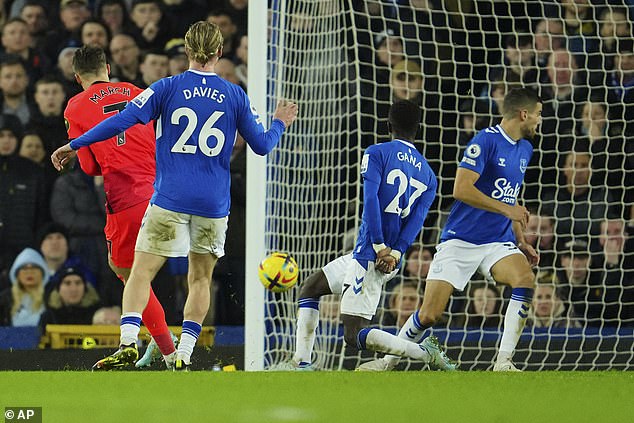 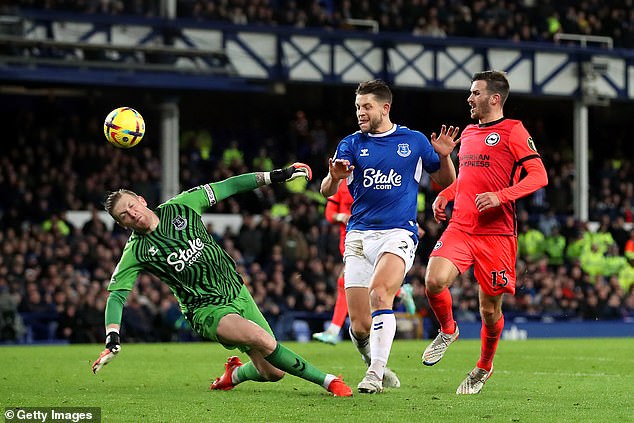 A second goal should have arrived in the 20th minute but Evan Ferguson’s instinctive volley clomped the post after Mitoma, again, had caused havoc when left-back Pervis Estupinan set him free. Had Brighton doubled their advantage at that point, the game may have been as good as over.

The only time Everton have scored more than one goal at home this season was against Crystal Palace on October 22 and this inability to create proper chances – never mind convert them – is proving crippling; teams without a punch find themselves getting knocked out.

And that is precisely what happened. Bam-bam-bam, three times in six minutes, Brighton charged forward in the second half and launched the kind of assault that indicated a number of those in Blue wanted to throw in the towel. It was a shameful capitulation, an affront to these fans.

Ferguson, such an outstanding prospect, made sure of the points in the 51st minute with a super finish before March got in on the act, waltzing past Everton defenders who comically fell over in a desperate attempt to make a tackle.

Cries of “sack the board!” erupted immediately, with hundreds of fans dashing to the exits, before Pascal Gross completed the humiliation, his goal securing Brighton their biggest win away from home in the Premier League era.

There was time for one last addition to the scoreline, a Demarai Gray penalty in stoppage time, but after theatrical cheers, those who remained in the stadium started to sign for the board to be removed. This really is a winter of discontent. 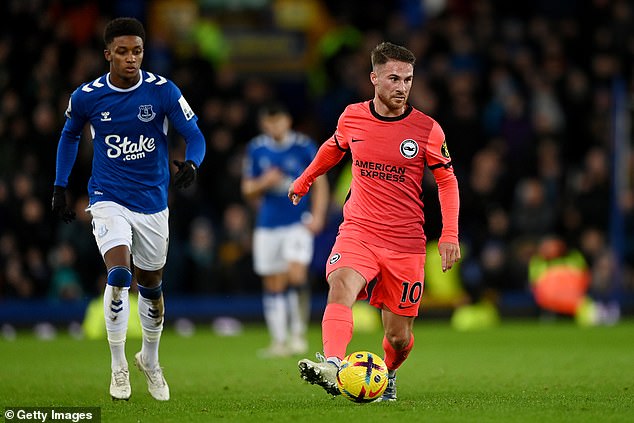 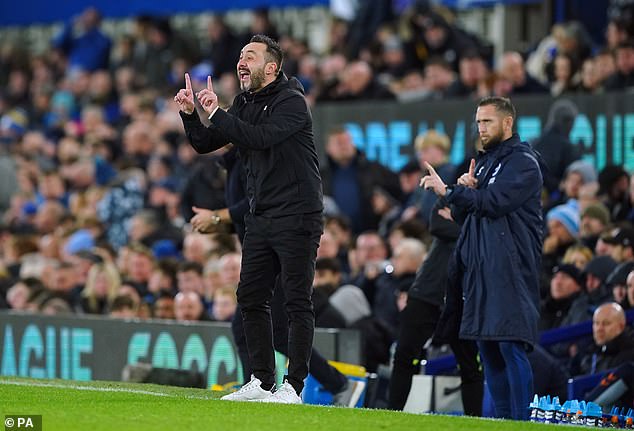 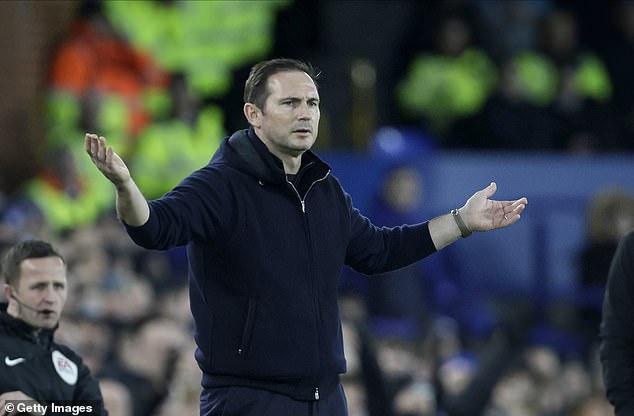