Everton manager Carlo Ancelotti is considering a move for one of Tottenham duo Dele Alli or Harry Winks in the January transfer window, according to reports. The Spurs pair made headlines in the week when they both, at separate times, walked down the tunnel during their Europa League match against Royal Antwerp.

Alli was an unused substitute and left his seat presumably for a toilet break while Winks walked straight into the changing room after being substituted off.

Mourinho later revealed that he had instructed players being taken off to go down the tunnel and have a hot shower rather than sit in the stands given the cold conditions.

But the Portuguese coach also admitted that he simply cannot keep every player in his squad happy as Spurs look to contend for the Premier League title.

He said: “How can I keep them all happy … I don’t think everyone is happy at all, but I can’t create miracles.”

Alli, who thrived early on after Mourinho’s arrival at the Tottenham Hotspur Stadium as Mauricio Pochettino’s replacement, has not made the squad for any of their last seven Premier League matches. 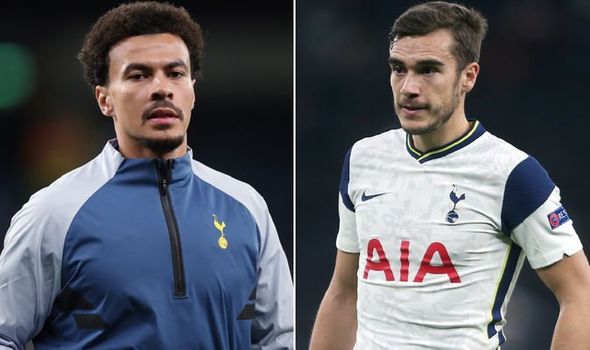 He has made just five starts across all competitions and did not play against Antwerp despite scoring against LASK in his side’s previous European match.

The 24-year-old is currently well out of the thinking for Gareth Southgate’s squad for the Euros next summer and has not represented the Three Lions since a Nations League clash with Switzerland 18 months ago.

Winks meanwhile has found himself behind Mourinho’s first-choice midfield partnership of the in-form Moussa Sissoko and summer signing Pierre-Emile Hojbjerg.

The England midfielder has not started in the Premier League since a draw with Newcastle in September and like Alli, has missed out on the squad altogether in some recent games.

The Daily Mirror say that Everton boss Ancelotti admires both players and is pondering a loan swoop for one of the pair in the winter window, which opens in a fortnight. 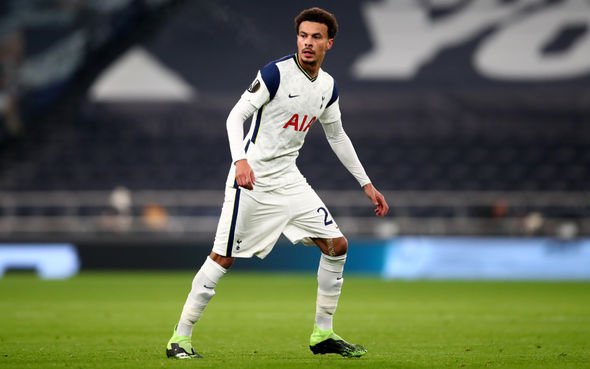 Winks is said to be anxious to know how Mourinho plans to utilise him in the coming weeks as he hops to represent his country at the Euros.

The Merseyside outfit are looking to strengthen their squad with their form having dropped off since a blistering start to the campaign.

Likewise, Alli is aware his current situation at Spurs is harming his England chances and Paris Saint-Germain are another team tipped to make a January move.

French champions PSG had multiple attempts to take Alli on loan rejected in the summer and the Mirror say they could make a fresh bid next month.

But staying in the Premier League with Everton may tempt Alli, it is claimed, with the playmaker having spent his entire career in England.

He joined Spurs from Milton Keynes Dons in 2015 and was named the PFA Young Player of the Year in his first two campaigns. 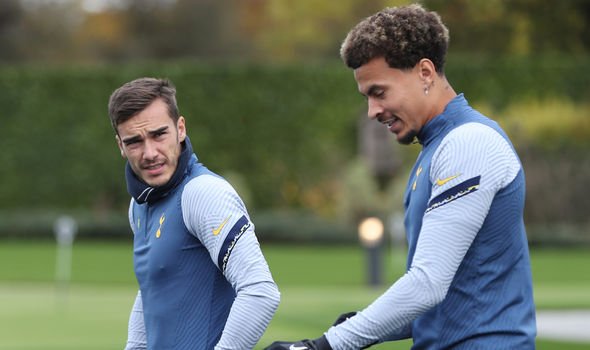 However, the still-young attacking midfielder has fallen by the wayside under Mourinho while Winks is not of the profile the 54-year-old coach typically prefers.

Winks has spent his entire career at Spurs having come through the club’s academy and made his first-team debut in 2014, since racking up over 150 senior appearances.

But he is open to a temporary move away from the English capital and Ancelotti could offer him regular minutes.

Mourinho may be willing to offload one of the duo, in particular the out-of-favour Alli, as he seeks to avoid any players being too discontent with a lack of regular game-time.

Ancelotti will be hoping any January signings can perform as well as the likes of Allan, Abdoulaye Doucoure, James Rodriguez and Ben Godfrey have since all arriving in the summer.