‘Red card for the blade of grass’: Fans mock Everton flop Sandro Ramirez after embarrassing moment he goes flying after kicking the ground instead of the ball while playing for loan club Real Sociedad

Everton signed Sandro Ramirez in 2017, triggering a £5.2 million release clause in his Malaga contract. But since then, he hasn’t particularly impressed.

He’s been out on loans at Sevilla and Real Sociedad, and hasn’t scored for either so far.

The icing on the cake came at the weekend when he had a golden opportunity to find the net for Sociedad against Sevilla, before embarrassing himself in one of the worst ways possible. 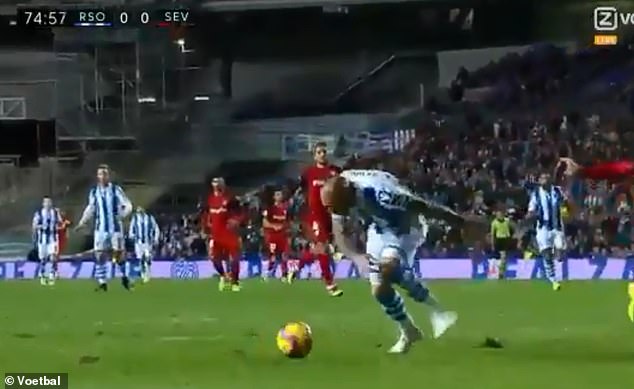 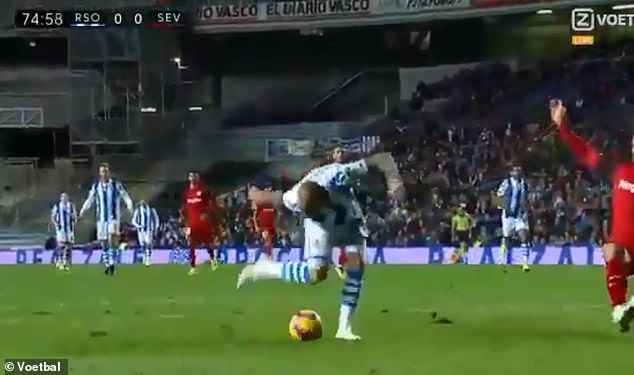 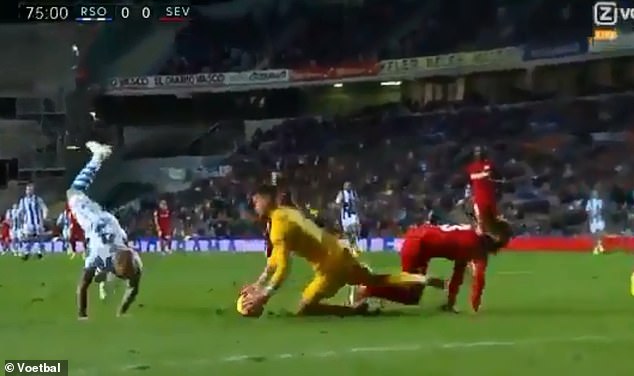 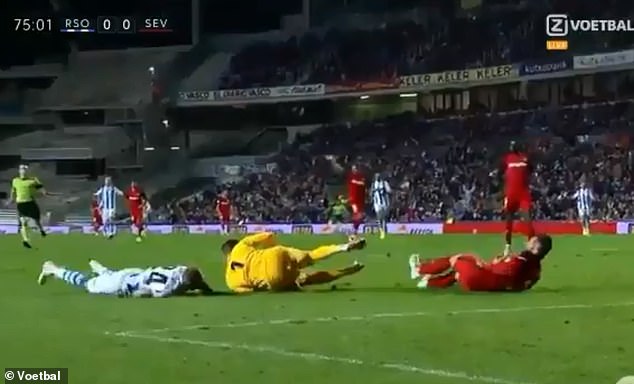 The ball trickled into the keeper’s arms who dove on it as Sandro looked  on, embarrassed

With just the keeper to beat, Sandro somehow managed to stumble, kick the ground instead of the ball, and then comically fly face first downwards, just about managing to break his fall with his arms at the last second.

The keeper, who must have thought he was rushing out too late to stop the goal, looked surprised as the ball trickled into his arms.

Fans were quick to put the boot in on Twitter, making fun of Sandro’s fall and unsuccessful time at Everton.

Funniest clip of the season so far comes from La Liga, with this effort from Real Sociedad’s Sandro Ramirez.. pic.twitter.com/zPSqDw3Eek

Sandro started his career at Barcelona, playing for the B team where he scored 15 goals in 61 appearances. He even played 17 times for the Barcelona first team before moving to Malaga in 2016. He technically has two La Liga wins, two Copa del Reys, and a Champions League under his belt, even if he didn’t play that often for Barcelona.

Everton eagerly snapped up the forward for a fairly cheap price after he scored 14 goals in 30 games for Malaga, but he hasn’t scored for any club since his transfer in 2017.