If banishing that burden was not enough, in doing so they had also ensured the old enemy endured four Premier League defeats in a row for the first occasion since the end of 2002.

It was a fourth loss at Anfield on the spin too, something that last occurred in 1923-24.

This was no ordinary victory as the screams and celebrations that greeted Everton’s second symbolised.

Neither Curtis Jones nor Ozan Kabak, both in Liverpool’s starting line-up, had been born yet the last time the neighbours won at this ground.

Trent Alexander-Arnold was shy of his first birthday. Ben Godfrey, in the visitors’ XI, was only a few months old.

But surely, with Liverpool so bruised having lost three consecutive league matches for the first time since November 2014 and given the extent of their injuries problems and inability to rotate, this was the chance for Everton to undo that god-awful streak spanning over two decades?

Three minutes in, that seemed plausible when Richarlison, clearly targeting the young Kabak, ran onto a wonderful James Rodriguez throughball behind the centre-back after his weak header, and struck a low drive across Alisson to put them in front.

Liverpool did not drop off nor pressure the Colombian and they paid for their passiveness. Carlo Ancelotti’s men had now scored as many goals as the hosts at Anfield this year and could be comfortable in their compact shape and look to counter.

The incentive was all on Liverpool, and in the havoc-wreaking wind, goalkeeper Jordan Pickford – so often the centre of criticism, more so in this fixture – was faultless. 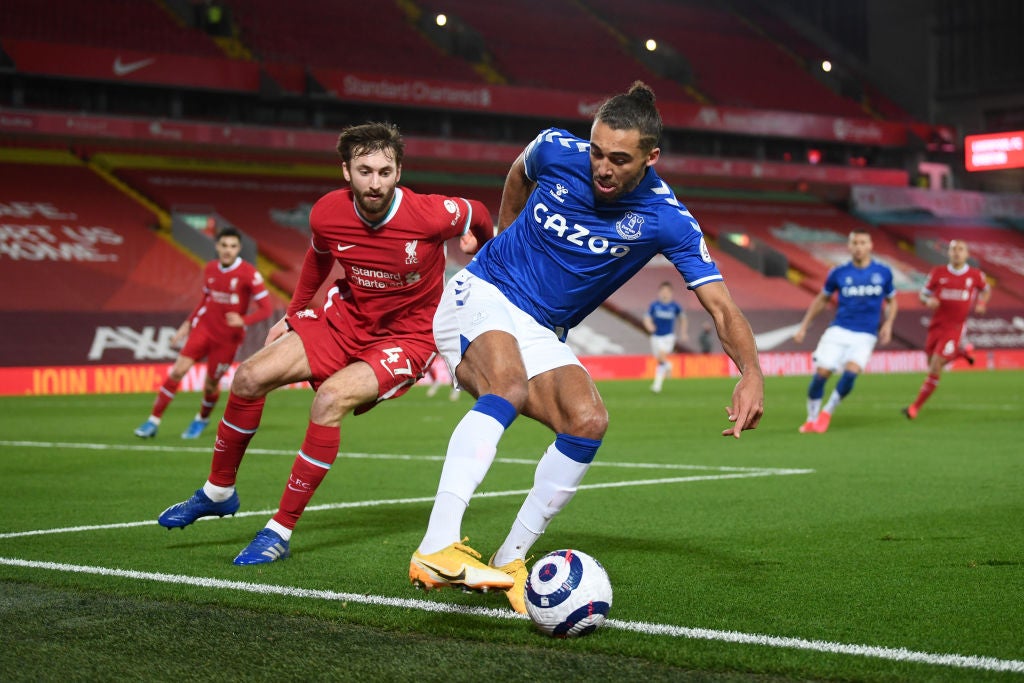 Dominic Calvert-Lewin in action under pressure from Nathaniel Phillips

Not that Liverpool created too much of genuine merit. They were a cat, not a lion, per Ancelotti’s analogy.

Pickford punched away Sadio Mane’s dangerous cross that Jones was waiting to stick in.

Mason Holgate had halted two efforts from Roberto Firmino, with the second going out for a corner which was headed away to the edge of the area, where Jordan Henderson unleashed a super volley. It was travelling towards the bottom corner until Pickford pulled off a fine save, stretching and using his fingertips to push it around the post.

The goalkeeper was equal to a rising Alexander-Arnold shot, and just when it seemed that Liverpool were starting to find their stride, they suffered the last thing they wanted: another injury at centre-back.

Henderson pulled up with what looked a hamstring issue, tried to play on but had to be replaced by Nathaniel Philipps.

Had the captain and Kabak remained together at the heart of defence, they’d have recorded the longest continuous partnership at centre-back for Liverpool this season.

Instead, in February, the defending champions were forced into their 18th different pairing there.

Everton attempted to take advantage immediately. Lucas Digne curled a superb ball towards the far post, where fellow wing-back Seamus Coleman manoeuvred the wrong side of Andy Roberston and flew into a header that Alisson pushed away.

Ancelotti’s men should have already been 2-0 up, but this was already only the second time they’d led at half-time in a league game at Anfield.

The other occasion? September 1999 – their last top-flight win away at Liverpool. It was all working in their favour.

The minutes straight after the interval were lively. Mane headed a Robertson cross at Pickford before a Richarlison effort was rightly ruled offside.

Liverpool’s Senegal forward sent another header wide as the home side upped the ante. 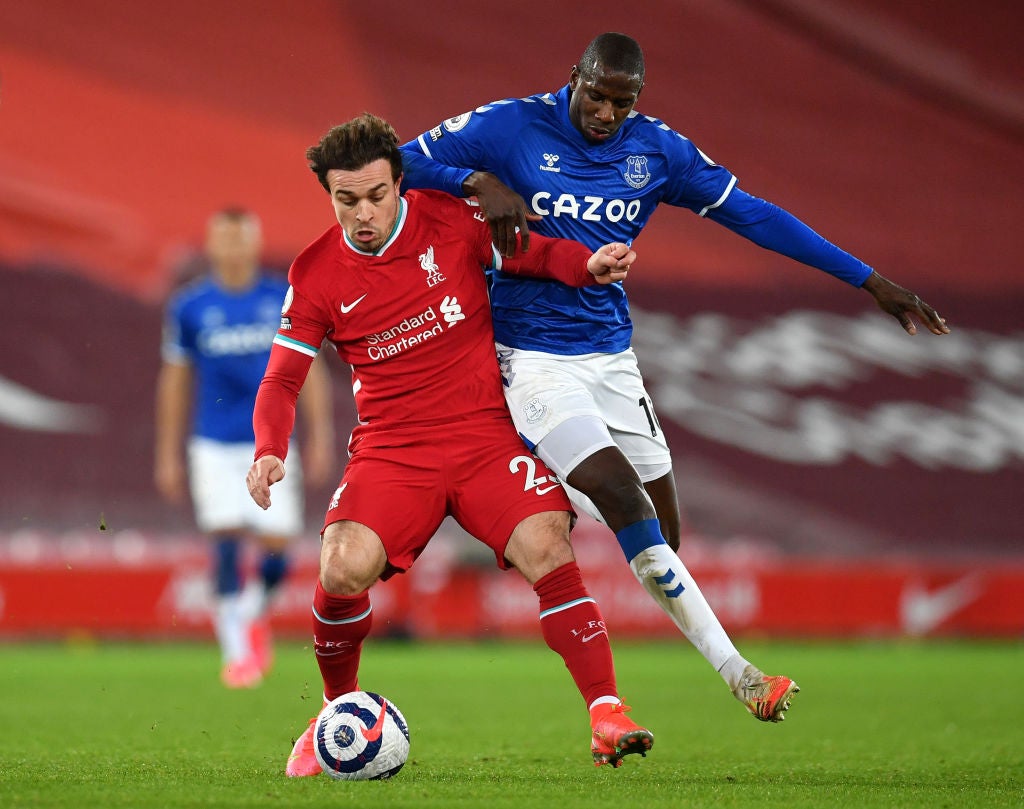 Michael Keane made an exceptional invention after Mane and Robertson combined, stopping the move as the former was shaping to pull the trigger.

Firmino and the Swiss international linked up to put Mohamed Salah through on goal. His first touch was stellar, but Pickford smothered his shot.

Liverpool huffed and puffed, but Everton got a penalty. Calvert-Lewin powered through on goal, forcing a good save from Alisson. The striker was about to tap in the loose ball when he tripped over Alexander-Arnold.

VAR asked Chris Kavanagh to review the incident on the pitchside monitor and the referee stuck to his decision.

Gylfi Sigurdsson, a substitute for Andre Gomes on the hour-mark, slotted it.

If the reverse fixture in October was season-altering for Klopp’s men given the ACL injury to Virgil van Dijk, this one served to emphasise all their problems.

Neymar insists he has great relationship with PSG fans

John Delaney in his own words