Everton women’s boss Willie Kirk hopes a candid inquest into their recent drop in form can focus minds to grab victory from the upcoming Merseyside derby.

The Blues host Liverpool in the League Cup on Wednesday, a year and a day after their memorable win at Anfield in the Super League, off the back of three games without maximum points.

Kirk has revealed the coaching staff have not “sugar-coated anything” in their analysis of recent performances, which followed a run of six victories from seven to open the campaign, but morale remains high in the group.

“We’re amongst each other everyday [and], as a manager, you get that feel for what’s required, and I’ve never ever felt the players are low in confidence or feeling down,” Kirk said on Tuesday. 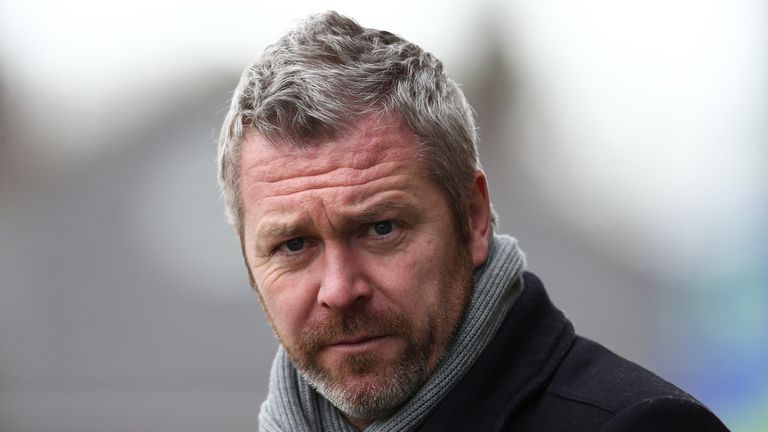 “It’s given them more focus and more determination to get a win as quickly as possible.

“We feel that where we are as a squad in our development is not good enough. We need to win and we’ve not been shy in sharing that with the players. They wouldn’t want me to sugar coat anything.

“We’ve been a little bit sloppy in possession the last few games. We’ve missed opportunities to keep pressure on our opponents; too many sloppy turnovers. We need to make sure we don’t get uptight about it.

“We’ve tried to attack every minute of every game. Sometimes you need to take a little breather, recycle the ball and control things; controlled possession rather than trying to score every time we get the ball.” 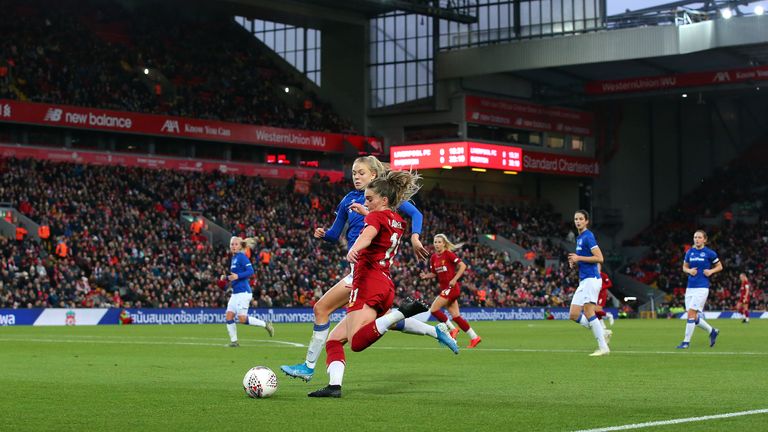 Everton’s win at Anfield last November was the first Women’s Super League game to be played at the famous stadium – and in front of 23,500 fans – but there will be no spectators to watch any repeat performance this time.

That day is also remembered the outstanding performance of Everton goalkeeper Tinja-Riikka Korpela and Kirk has confirmed the Finn will start in goal on Wednesday, with first-choice ‘keeper Sandy McIver dealing with a calf problem.

“It’s one of the highlights of my life because we beat Liverpool at Anfield and I also found out that I was going to be a father for the first time,” he said. “That day was very, very special and always will be. Derby days are special, it doesn’t matter if it’s 23,500 or behind closed doors.

“She [Korpela] has a good history against Liverpool. Tinja is probably the most professional player in the squad. She’s exceptional – her experience, what she’s done in the game, she brings that into the environment every single day.”