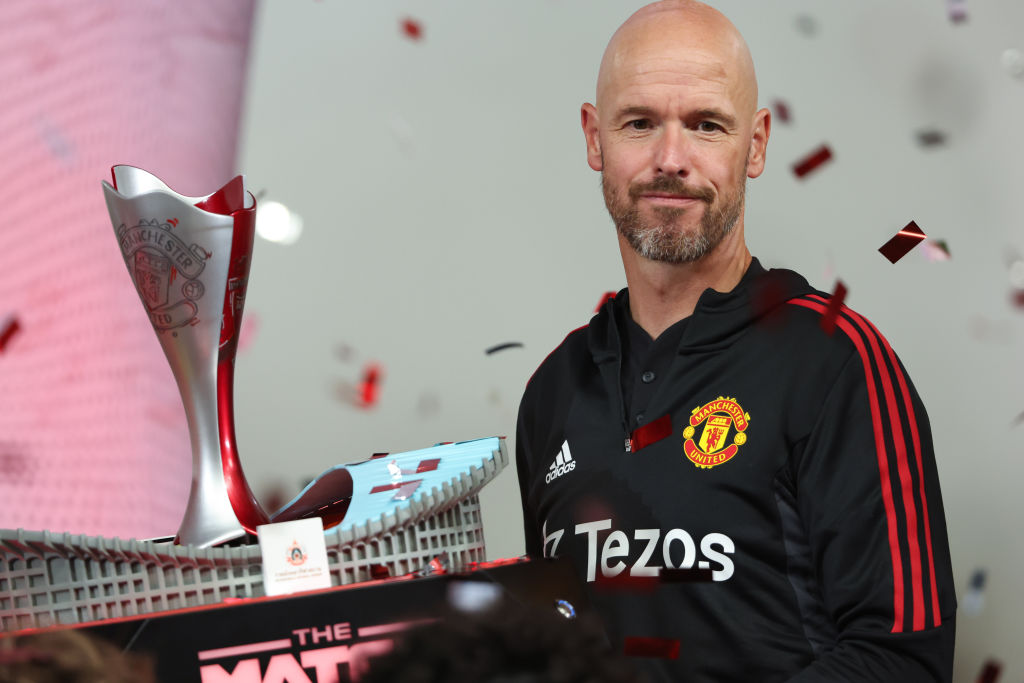 Manchester United boss Erik ten Hag has been told to ‘keep his mouth closed’ by a former Liverpool star.

Ten Hag became United manager this summer and took charge of his first game on Tuesday as his side beat rivals Liverpool 4-0 in a pre-season friendly.

United took a 3-0 lead inside the first-half with Jadon Sancho, Fred and Anthony Martial all on the scoresheet but Ten Hag admitted he saw a number of mistakes during the victory.

The Dutchman said United conceded too many chances and added that it will ‘take time’ until the team are playing at their full potential.

‘When you’re the coach and you’re sat in a press conference, you don’t answer everybody’s questions. You don’t,’ Nicol told ESPN FC.

‘You tell them what you want them to know. You don’t answer questions. You don’t be open and honest.

‘He’s shown a bit of naivety here, answering questions like that, open and honestly. He’s got no obligation to tell them anything.

‘Keep your cards close to your chest, tell them nothing. Get through your press conference and move on.

‘Three games into the season, it’ll be ‘Why did you make Harry Maguire captain when you knew he was rubbish last year?’

‘I’m sick of seeing it. Keep your mouth closed. It’s easy. Someone will need to have a word in his ear.

‘Tell them what you want them to know, not what they want to know. Stick to that, and you’ll be fine.’

The two rivals meet on August 23 at Old Trafford, with the reverse fixture on March 4.