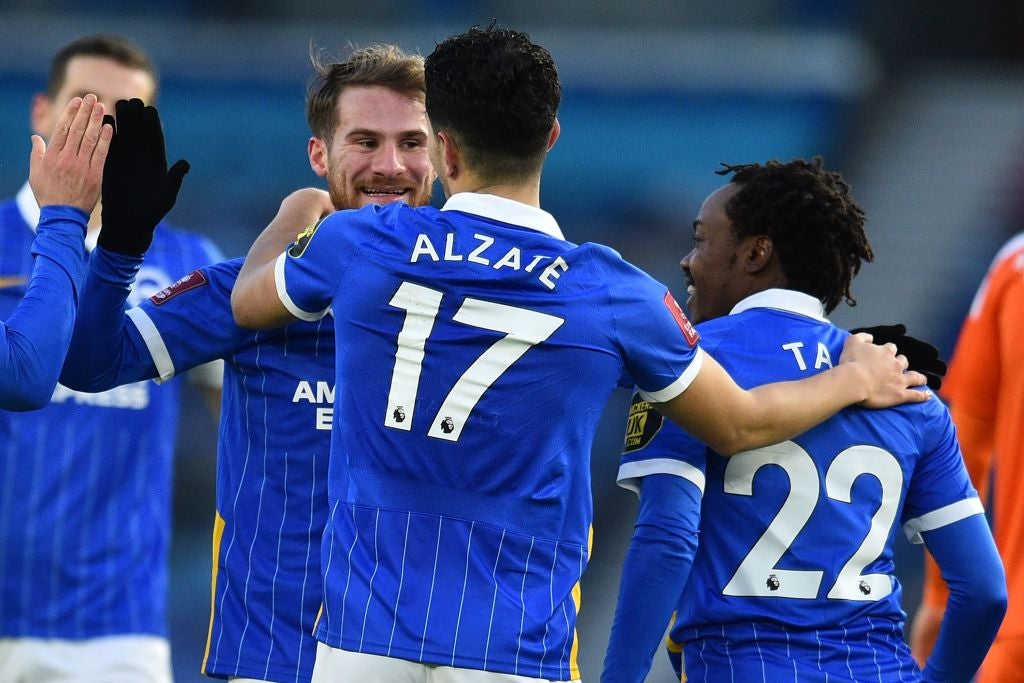 Blades bag third win of season to advance to fifth round

The Blades have endured a wretched campaign but the Premier League’s bottom side have shown flickers of life recently, making it three wins from four matches in all competitions on Saturday.

Veteran striker Sharp was the key man at Bramall Lane, providing a lovely cross for Chris Basham’s opener before scoring a fine goal early in the second half of a 2-1 fourth-round win against League One side Plymouth.

Panutche Camara’s goal made it a nervy final 15 minutes, but the Blades held on to set up a home fifth-round tie against Bristol City.

Callum Styles fired a deserved winner as Barnsley beat Norwich 1-0 to reach the FA Cup fifth round for the first time in eight years.

Man-of-the-match Styles struck the decisive goal early in the second half as the Reds gained revenge for their narrow defeat to the Sky Bet Championship leaders earlier this month.

Victory for Barnsley sets up a potential home tie against Chelsea, who the South Yorkshire side famously beat at Oakwell in 2008 to reach the semi-finals.

Swansea strolled into the fifth round of the FA Cup with a 5-1 victory over Championship rivals Nottingham Forest.

Doubles from Matt Grimes and Liam Cullen, as well as Oli Cooper’s first senior goal, sent Swansea into the last 16 of the competition for the third time in four seasons.

Anthony Knockaert gave Forest hope at 2-1 at the start of the second half, and they will no doubt question the legitimacy of Swansea’s third goal from the penalty spot.

But Swansea showed the form which has taken them to second spot in the Championship in extending their unbeaten home run at the Liberty Stadium to 10 games.

Hammers ease past Doncaster to set up blockbuster fifth-round tie

West Ham set up a trip to either Manchester United or Liverpool as they won 4-0 at home against League One Doncaster.

Pablo Fornals provided the opener early on, Andriy Yarmolenko doubled the advantage just after the half-hour mark, Andy Butler scored an own goal in the 54th minute and substitute Oladapo Afolayan then netted on his Hammers debut. 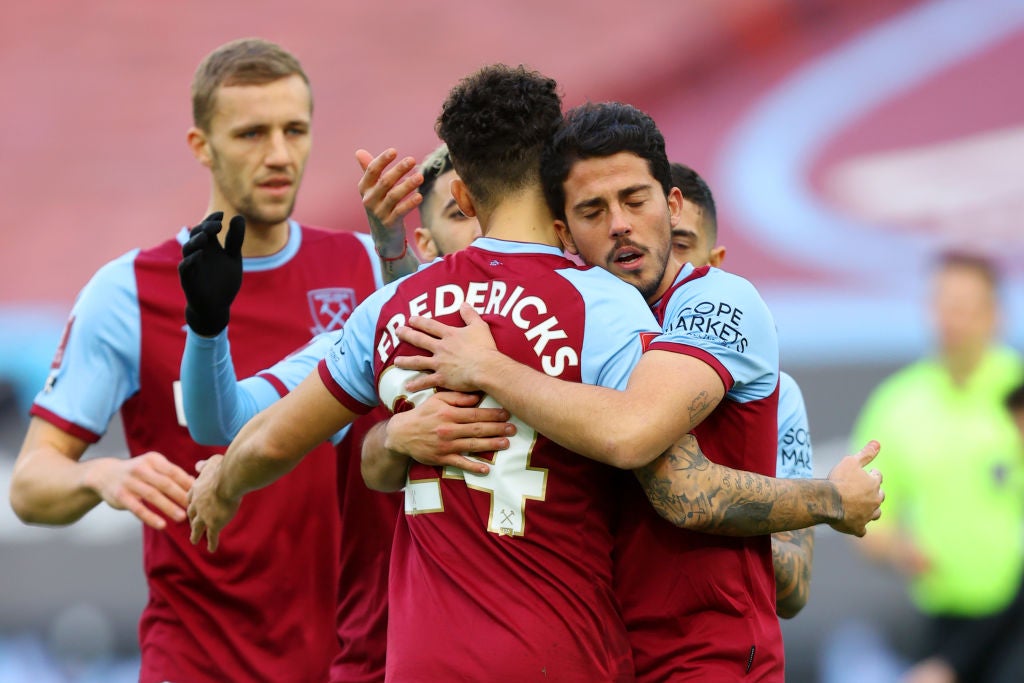 Fornals celebrates with Fredericks at the London Stadium

Robins reach fifth round for second time in 20 years

A dominant second-half performance eased Bristol City past Millwall at The Den, with a 3-0 win securing their place in the fifth round of the FA Cup for just the second time in 20 years.

The visitors took the lead against the run of play through a Famara Diedhiou penalty and despite creating a number of opportunities, Millwall were unable to get the better of Max O’Leary in the Bristol City goal.

The all-Championship encounter was effectively settled by a deflected Nahki Wells free-kick just before the hour mark, before Antoine Semenyo capped a thoroughly professional performance from Dean Holden’s side.