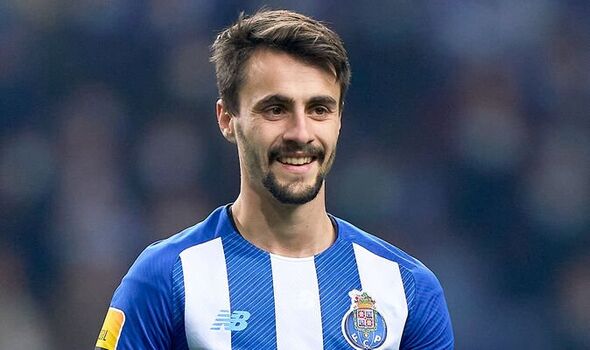 Fabio Vieira has vowed to Mikel Arteta that he will do his utmost to succeed after agreeing to join Arsenal. Vieira has spoken for the first time ahead of signing a five-year contract at the Emirates.

Arsenal have moved fast to secure the 22-year-old’s signature. The Gunners agreed a deal with Porto on Thursday and the player flew to London to undergo a medical the following day.

Arsenal are yet to confirm Vieira’s arrival but the player has now all but done that. He admits it will be tough to play in the Premier League but is determined to do well in north London.

Vieira told the Mirror: “I was always happy at Porto but this chance is important for any professional. Playing in the Premier League won’t be easy and I promise only to work, work, work.

“My agent worked on the deal between the two clubs and I accepted the deal because it was important for all parties. I have always watched the Premier League on TV.”

Arsenal will pay an initial £30million for Vieira, with a further £5m in add-ons. In a statement on Friday, Porto confirmed the agreement over Vieira’s sale.

The statement read: “Futebol Clube do Porto – Futebol, SAD, under the terms of article 248 n1 of the Securities Code, hereby informs the market that it has reached an agreement with Arsenal FC for the assignment, on a definitive basis, of the sports registration rights of professional football player Fabio Vieira for 40M (forty million euros), of which 5M (five million euros) are dependent on the achievement of sporting objectives.

“It is further informed that the final agreement is still being finalized and is expected to be implemented in the next few days. The Board of Directors.”

Vieira is a versatile midfielder who can play as a No 10 and also as a false nine. He scored six goals and registered 14 assists despite just making 15 starts in Portugal’s top flight last season.

Arsenal were the lowest scorers of the top five teams in the Premier League last term and had by far the worst goal difference of the quintet. Arteta will be hoping Vieira can gel quickly with his new team-mates and be a creative and goalscoring threat.

He is set to become Arsenal’s second signing of the summer window. Brazilian youngster Marquinhos has already completed a move to the club for a fee of under £3m.