‘No way they’re benching Vincent Aboubakar for him!’: Fans claim Cristiano Ronaldo should ‘retire’ after he failed with a backheel attempt in Al-Nassr unveiling following his £175m-a-year move

Cristiano Ronaldo was left rather ’embarrassed’ after failing to pull off a backheel attempt during his training session with Al-Nassr shortly after being unveiled.

The 37-year-old Portugal forward was officially unveiled as an Al Nassr player on Tuesday following his arrival in Saudi Arabia after he agreed a £175million-a-year contract.

Ronaldo was introduced as ‘the world’s greatest footballer’ in front of 25,000 raucous supporters at Mrsool Park in Riyadh, to a backdrop of fireworks, flares and strobe lighting. 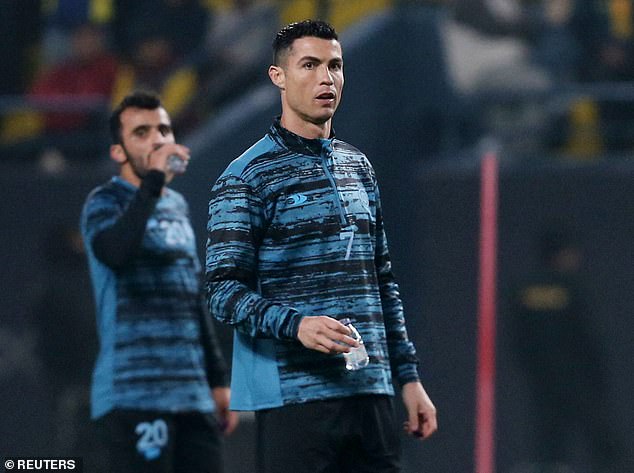 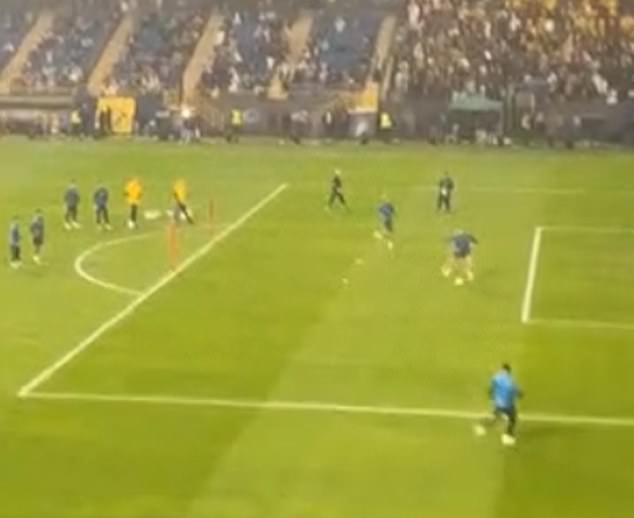 The former Real Madrid and Manchester United also participated in shooting drills along with his new team-mates after initially greeting the crowd.

The superstar forward showed that he hadn’t lost his touch with a few of his finishes in his first training session.

However, Ronaldo did race into the box to meet a low cross later in the session, and looked to show off to the crowd with a cheeky backheel finish. 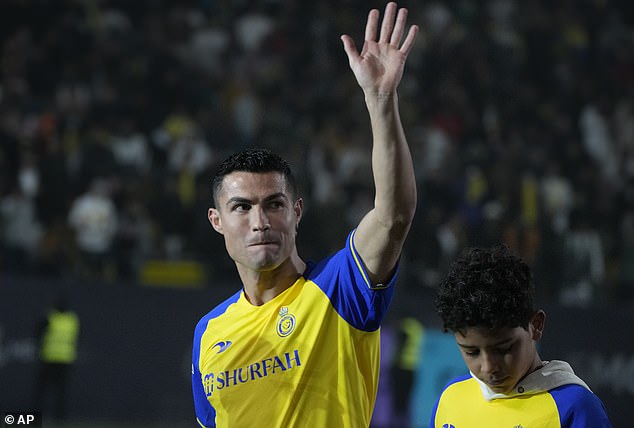 The prolific goalscorer missed the target with that attempt, causing a video to go viral online.

Fans have flooded to social media to mock the global superstar for his failed attempt of showboating in his first training session with his new club.

A second tweeted: ‘No way they’re benching Vincent Aboubakar for him.

A third chimed in, by saying: ‘That’s hella said, to be honest.

One fan, however, simply poked fun at Ronaldo after United sealed a fourth consecutive win since the 2022 World Cup break with a 3-0 victory over Bournemouth.

He posted: ‘Look at United flowing again and what this clown is doing.’

His failed attempt of showboating was not the only embarrassing moment at his unveiling, as Ronaldo also said he was happy to be playing in South Africa rather than Saudi Arabia.

Video footage released on social media shows Ronaldo saying: ‘The football is different, so for me it’s not the end of my career to come to South Africa. This is why I want to change, and to be honest I’m really not worried about what people say.’

Ronaldo has also been heavily criticised for quitting the European game and taking the Saudi money. 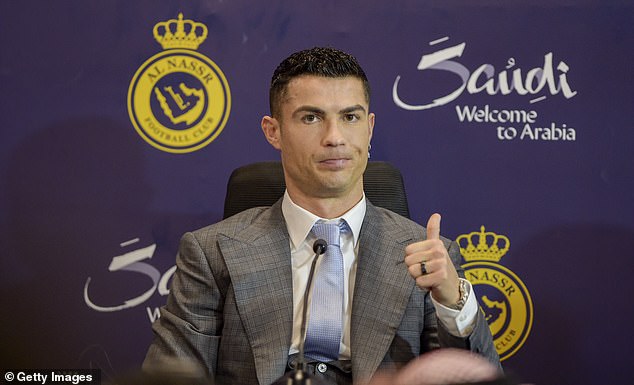 The five-time Ballon d’Or winner hit back at those comments, when speaking at his press conference, by saying: ‘I’m a unique player. I beat all the records there. I want to beat a few records here.

‘This contract is unique but I’m a unique player, so for me it’s normal. I really don’t worry about what people say.

‘I am really, really happy to be here. I know the league is very competitive, I saw many games. I’m ready to keep playing football.’

Al-Nassr fans may not have to wait too long to see their new signing in action either, as Ronaldo could make his debut on Thursday against Al Ta’ee if he is deemed to be fit enough to play.

It could be a tight call for manager Rudi Garcia, though, given Ronaldo’s lack of game time in recent weeks. The former Manchester United forward has not played since Portugal were knocked out of the World Cup by Morocco on December 10.

Sky Bet Championship, League One and League Two Goal of the Month vote for January