‘The S in ASM stands for SCREAMER’: Fans go wild after Allan Saint-Maximin’s ‘sublime technique’ for volleyed equaliser at the death as Newcastle snatch draw against Wolves

Football fans have praised Newcastle star Allan Saint-Maximin for his brilliant volley against Wolves in the Premier League fixture.

The Frenchman’s strike in the 90th minute of the game at the Molineux Stadium cancelled out Ruben Neves’ earlier goal to earn the Magpies a point.

Saint-Maximin volleyed into the right-side of the goal from 25-yards past José Sá after the ball was hooked into the air by Wolves man Hwang Hee-chan. 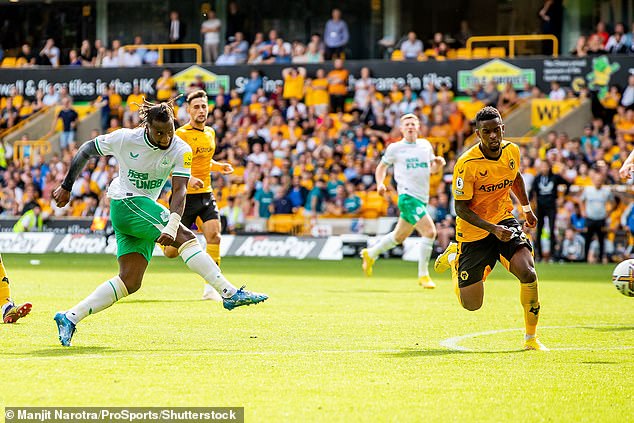 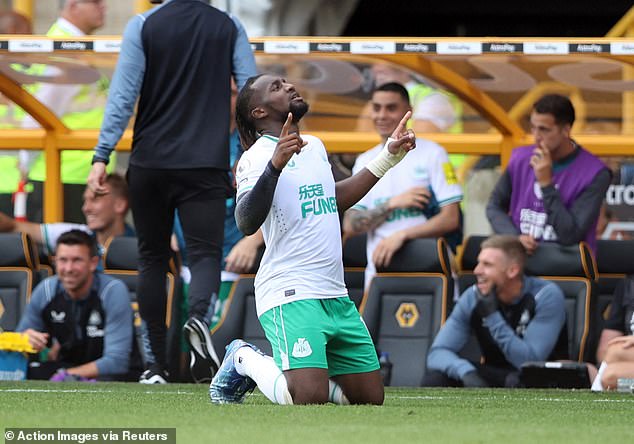 The goal saw the game end in a draw which has seen Newcastle climb to seventh in the Premier League table and leave Wolves in the relegation zone in 19th.

Fans were quick to take to social media to celebrate Saint-Maximin’s effort, even if they were Newcastle supporters.

Ben Jacobs, @JacobsBen, on Twitter suggested that the ‘S’ initial in Saint-Maximin’s name stands for ‘screamer’ in relation to his goal, he tweeted: ‘The S in ASM stands for SCREAMER’.

Another fan on Twitter, @mdeeks76, tweeted: ‘What a goal ASM, one of the best goal this season. Mark my words.’

The goal was so good that another fan suggested that one of the ‘big clubs’ should try to sign him from the Magpies.

@AFCAMDEN, tweeted: ‘What a goal ASM. He is a player – surely worth a gamble for one of the big clubs?’ 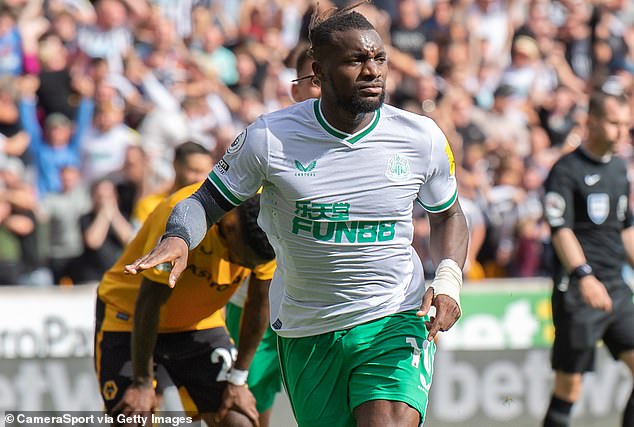 Some fans also were quick to praise the technique he used in order to guide the ball into the goal.

One tweeted: ‘ASM the technique is crazy. What a goal.’

Another tweeted: ‘What a goal by ASM to earn his team a point. That technique was sublime.’

Newcastle are back in action on Wednesday as they take on Liverpool at Anfield, whereas Wolves travel south to face Bournemouth at the Vitality Stadium.