The Portuguese midfielder provided the crucial moment at Old Trafford, perfectly placing a set piece out of reach from Reds goalkeeper Alisson, to give United the lead after coming on as a substitute.

Earlier goals from Mason Greenwood and Marcus Rashford were enough for Ole Gunnar Solskjaer’s side to knock out the Premier League champions, who are without a win in their last three matches. 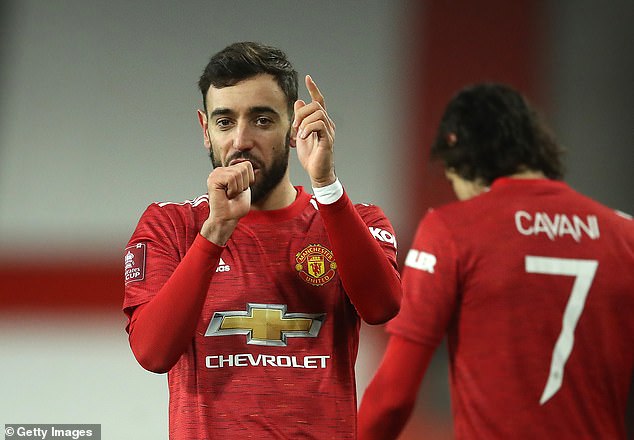 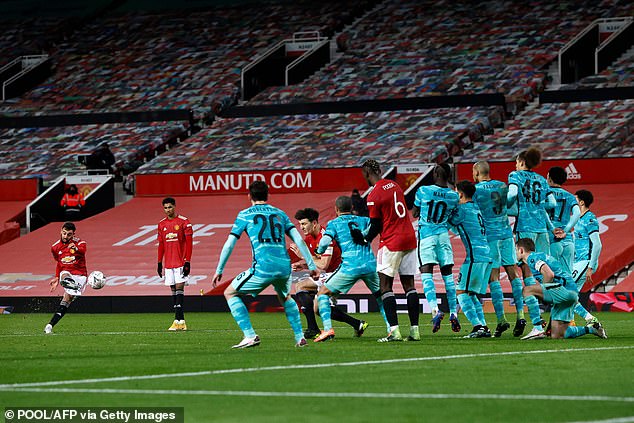 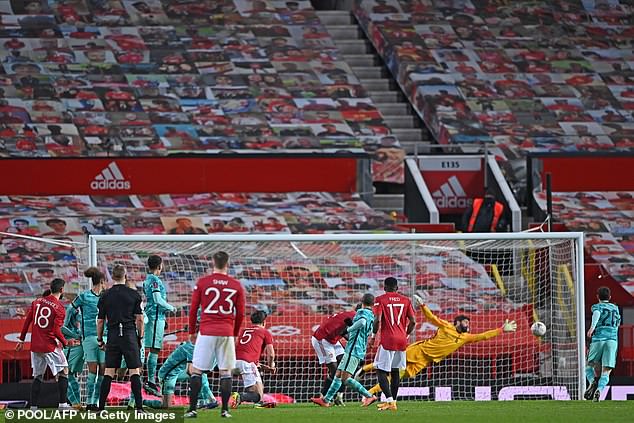 Fernandes has been the standout player at Old Trafford since his arrival last year but the Red Devils talisman admitted that striker Cavani was the mastermind behind his free kick goal.

‘I’m happy cause we win nothing more. Doesn’t matter who scores, if I score I’m happy,’ Fernandes told BBC after the victory.

‘I work a lot on those type of goals, this one was good. Cavani told me to have one on the side of the keeper and it went in well.’

The midfielder has scored eleven goals from 19 matches so far this season across all competitions as Manchester United have fought their way to the top of the Premier League after a shaky start to the campaign. 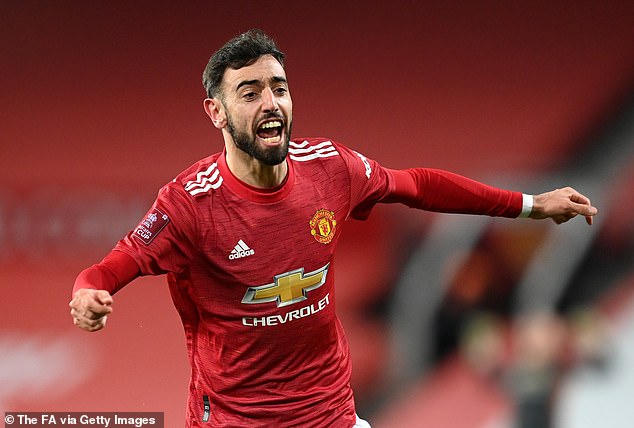 Fernandes reiterated that he is living his ‘dream’ playing for United and praised his teammates for the win.

He continued: ‘I think we played well. 90 minutes was good from both teams. We pressed them more than we did in the league and that’s what the point was to win this game.

‘This is everything a dream come true to play for a big club in the Premier League. Everyone knows, I know now fans are happy and will have a good week.’

Manchester United will now play West Ham United in the fifth round of the FA Cup.