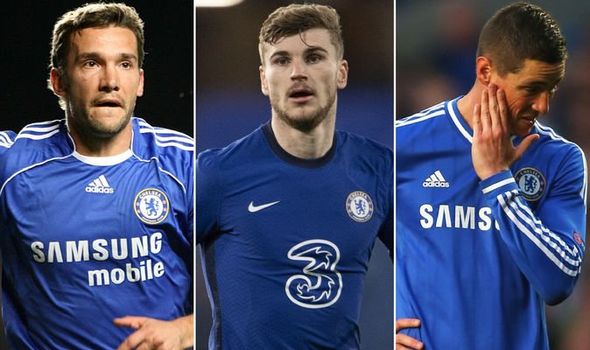 It wasn’t what Timo Werner, a man low on confidence in front of goal, needed. At all. His horror miss from eight yards out was made all the more worse by the fact Germany suffered a shock defeat to North Macedonia.

In what was Germany’s first defeat in World Cup qualifying for 20 years, Werner’s miss at 1-1 was perhaps the most memorable moment, contriving to fire wide after Ilkay Gundogan’s square ball.

“He must put that ball away, no question at all. He has shown here he can score goals. But he doesn’t hit the ball right with his left foot, if he makes a clean contact with the ball it’s a goal,” said Die Mannschaft boss Joachim Low.

It was the latest psychological blow for Werner, who is still seeking his best form since joining from RB Salzburg for a little over £50million last summer.

Werner scored 28 goals in 34 Bundesliga games last season, less than only Bayern Munich’s Robert Lewandowski who managed 34 and was cruelly denied the Ballon d’Or by the coronavirus pandemic. 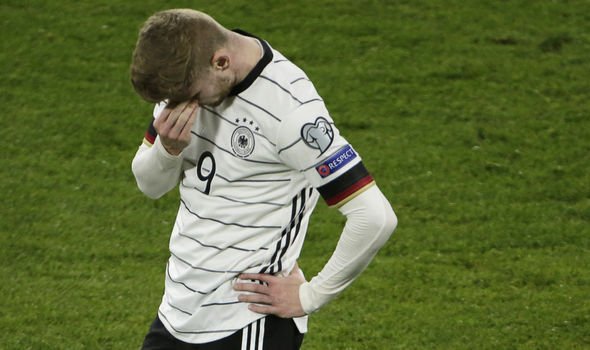 But Werner’s return from 28 Premier League matches reads just five goals, and he endured a 14-game barren streak before netting against Newcastle in February.

Since then, he is without a goal in five matches, although only three have been starts, having been a substitute in goalless draws with Manchester United and Leeds United.

Chelsea fans, by and large, are sticking by the out-of-sorts Germany international, who is clearly a player of great quality.

For just one example of why he is clearly so talented, Liverpool’s recruitment staff have very rarely got it wrong in the transfer window in recent seasons.

But five in 28 translates to a goal every 0.17 Premier League matches and that is eerily similar to the goalscoring ratios managed by Andriy Shevchenko and Fernando Torres, previous big-money buys who failed to make the grade at Stamford Bridge, as highlighted by ESPN’s Matteo Bonetti.

Shevchenko managed 127 goals in 209 Serie A games at AC Milan between 1999 and 2006 but managed only nine 48 English top-flight matches at Chelsea after a £30m switch. 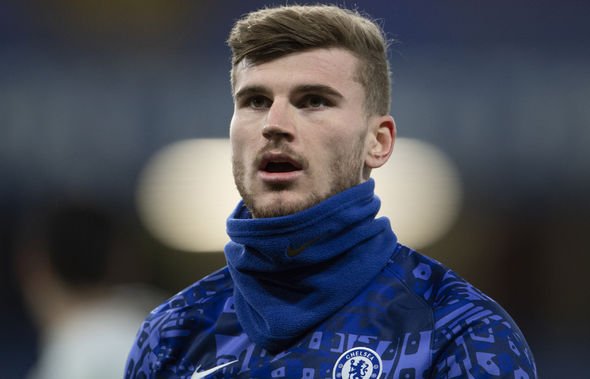 That drop-off saw him go from scoring a goal every 0.60 league games to 0.18, while Torres netted 65 times in 102 Premier League matches for Liverpool.

Yet the Spaniard, who cost £50m in January 2011, was a completely different player in west London and managed 20 goals in 110 games.

Again, like Ukrainian Shevchenko, Torres’ decline saw him go from scoring a goal every 0.63 games to 0.18.

And with Werner – who managed 95 goals in 159 Bundesliga matches at Leipzig – the regression is similar, going from 0.59, a rate of over one goal every two games, to just 0.17 so far at Chelsea.

In truth the 25-year-old has never been the most clinical of forwards but since a run of 11 goals in 12 games for club and country in November, he has managed just two in 31.

That is well, well below his potential and Werner will know it himself. One thing going his way is the fact he has continued to help create goals.

Werner has eight assists to go with his five Premier League goals, which makes for 13 direct goal contributions in 28 matches, just shy of one every two games.

In all competitions, his return is 10 goals and 10 assists in 39 appearances, a similar return.

But that is well down on the 34 goals and 13 assists he managed in 45 matches last year for Leipzig.

Getting Werner’s confidence back is one of the toughest tasks that awaits Thomas Tuchel and if Erling Haaland is signed from Borussia Dortmund, it remains to be seen what that means for the player.

Given Mason Mount’s current form and the fact Chelsea have an incredible amount of options behind the No 9, with Kai Havertz, Christian Pulisic, Hakim Ziyech, Callum Hudson-Odoi, if Werner cannot rediscover his scoring streak, he has a real problem.

Worryingly for Chelsea, Tuchel’s current team are not a team who create an abundance of opportunities and they need clinical attackers who will take the few chances that come their way.

It’s a big finish to the season for Werner and he desperately needs an improved run in front of goal as he seeks to avoid becoming the latest talented marksman who just couldn’t cut it in Chelsea blue.

PFA and Sporting Chance reach out to Paul Gascoigne