Former Manchester City winger Ferran Torres was diplomatic when asked about whether a Barcelona exit could be on the cards just months after arriving at the Camp Nou. His shifting set of circumstances under Xavi suggest a different story, however, with clubs wise to his talent sure to be keeping tabs on an opportunity that may present itself in January.

Torres impressed during his one-and-a-half year spell at the Etihad, bagging 16 goals in 43 matches. Manager Pep Guardiola didn’t stand in his way when Barca came calling, however, and he settled in well after completing a £46.7million January deal.

The 22-year-old’s prospects of consistent game time took a massive hit over the summer when La Blaugrana splashed out on Brazilian winger Raphinha and Polish extraordinaire Robert Lewandowski. His output has suffered as a result, failing to notch a goal or an assist in four La Liga matches so far this term.

There were rumours of an Arsenal bid on transfer deadline day but nothing concrete materialised. Even so, the Gunners may be among the sides keeping an eye on his situation with the forward sure to be in high demand if his marginalisation under Xavi continues.

JUST IN: Chelsea tipped to swoop for another Brighton man in January to add to Cucurella and Potter 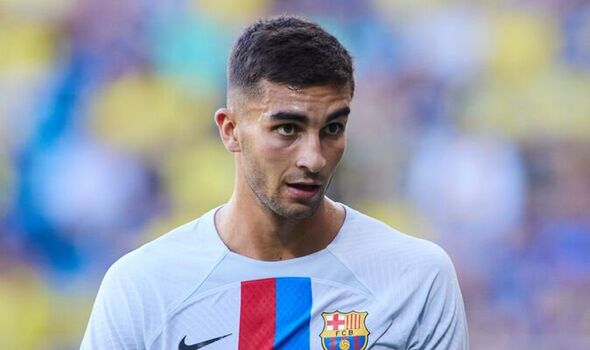 Still, the Spaniard said all the right things to keep the Barca fans happy when quizzed on his future at a recent promotional event. “An exit? I have just arrived at Barca!” he exclaimed. “It’s a pride that a player like this [Lewandowski] is here, we already know him and we know what kind of player he is.

“There have been other signings, we are fighting to make a competitive team, which is what Barca deserves.” It seems logical that Torres will begin to consider his options should the likes of Raphinha, Lewandowski, Ansu Fati and Ousmane Dembele continue to make his life difficult in Catalonia.

Mikel Arteta’s time at Man City didn’t overlap with that of Torres but the current Arsenal boss has not been shy in raiding the Sky Blues for talented stars who may be keen for a more prominent role. Gabriel Jesus and Oleksandr Zinchenko have both hit the ground running in north London after ditching City this summer.

Torres has come up with the goods in the Premier League before, so if an exit does become likely by the time January rolls around, the English top-flight sides who have witnessed his talent first hand are sure to be among those towards the front of the queue. The Gunners may also have an advantage due to their vacancy out wide. 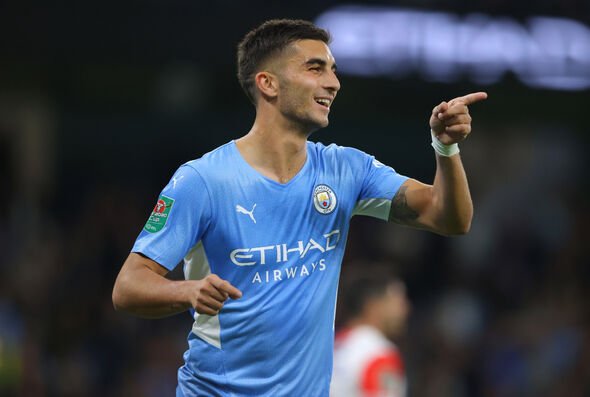 Bukayo Saka and Gabriel Martinelli have been hugely impressive on either flank but, since Nicolas Pepe joined Nice on loan, Arteta has been left susceptible to an injury crisis on the wing. Arsenal were expected to pursue a ‘mystery’ winger during the summer but Mohamed Elneny’s hamstring problem forced them to focus on midfield instead.

Torres started Saturday night’s 4-0 win over Cadiz but he was hauled off before the hour mark to be replaced by Dembele. The game was halted for almost an hour when a fan was taken ill in the stands.

Chelsea 'step up their pursuit of Digne' following Chilwell's injury