Sunderland and Ipswich Town are among a number of sides spearheading a campaign to allow fans to consume alcohol from their stadium seats.

While supporters are allowed to consume alcohol inside the ground under current regulations, there is a ban on drinking it if you are in view of the pitch.

But Sunderland have claimed that the existing laws, that have been in place since 1985, are unfair on supporters. 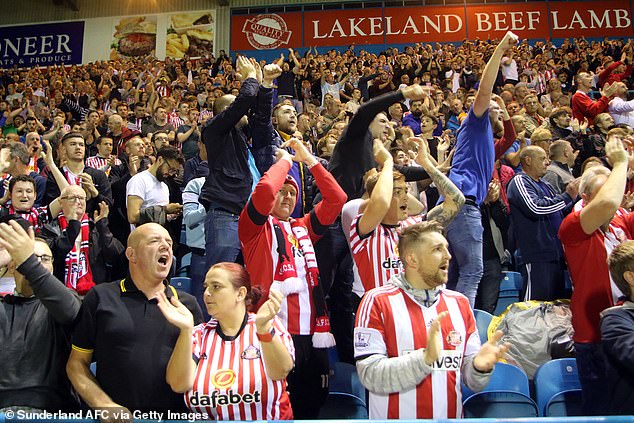 The Black Cats are in favour of a pilot scheme, along with other sides including Ipswich Town, Doncaster Rovers, Accrington Stanley, Port Vale, Forest Green Rovers, Lincoln City, Tranmere Rovers and Northampton Town.

‘At the Stadium of Light, concert-goers can watch Kings of Leon whilst enjoying a pint, but cannot when watching their football team, a Sunderland spokesperson told talkSPORT. ‘This seems discriminatory to football fans.’

Grimsby Town, Newport County and Gillingham are among other sides interested in discussing the issue which has also received support from Liverpool podcast The Anfield Wrap.

For years alcohol was deemed as a contributor to the Hillsborough disaster in 1989 that killed 96 Liverpool fans. 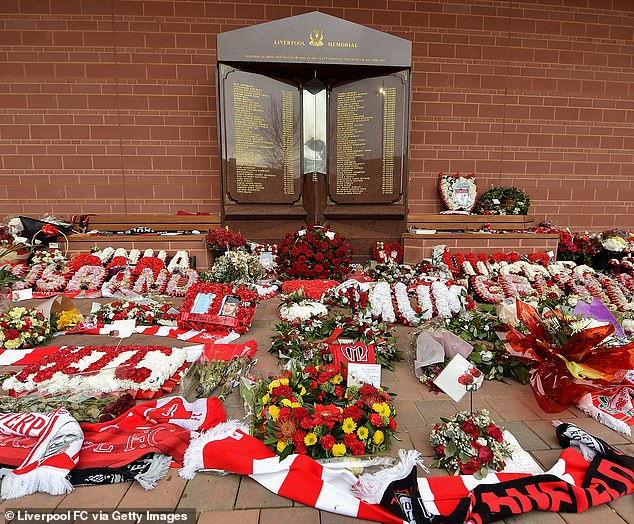 But in 2012, the Hillsborough Independent Panel report revealed that alcohol played no part in the tragedy and that supporters had been wrongly blamed.

‘After everything we now know about the slurs and lies told over the Hillsborough disaster it is ridiculous that football fans are still stigmatised as essentially a feral underclass,’ the Anfield Wrap told talkSPORT.

‘How is it that the same person could sit in the same seat only a few days apart, one for a rugby match and then for a football match and have a drink at one and not the other?’

The Football Supporters Federation argue that the laws are now not just outdated but were also ill-thought out and that it was time to treat football fans with more respect.

‘When the laws were drafted they were a knee-jerk reaction to problems at the time,’ FSF Caseworker Amanda Jacks said.

‘Nobody thought them through properly and certainly didn’t foresee that in 2018 we would be talking about football fans being singled out from the rest of society.’ 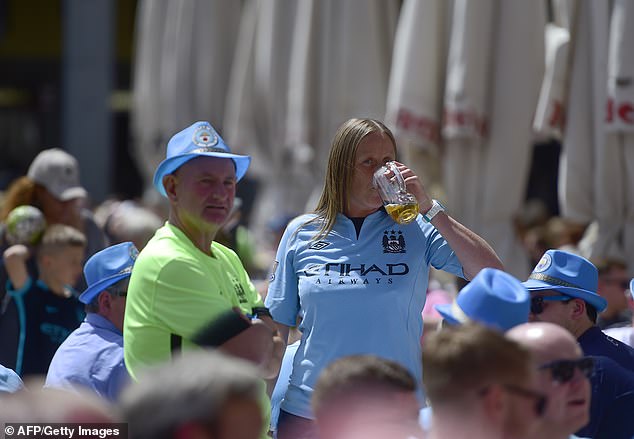 The stance on drinking at football matches has softened recently, with UEFA relaxing their laws of an alcohol ban inside grounds for games played in their competitions, including the Champions League and Europa League.

However despite the wide and growing support, the Home Office have shown no interest in following such moves.

A Home Office spokesperson added that football has ‘unique public order risks’, going on to say ‘many incidents of football-related disorder are spontaneous, involving offenders who have consumed alcohol, often to excess. We are satisfied that existing legislation is necessary and appropriate.’ 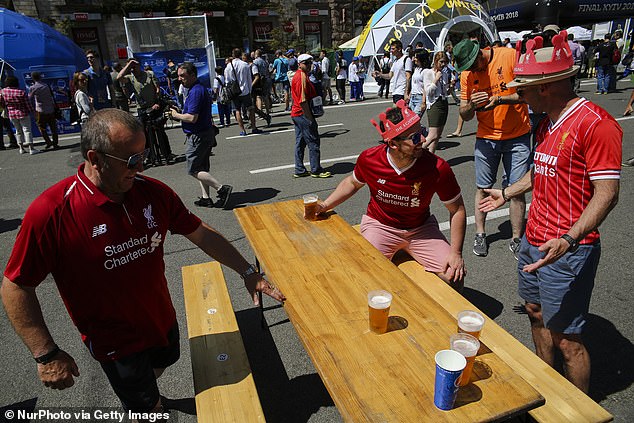 Liverpool fans enjoy a drink before the Champions League final in May. UEFA have since lifted their stadium ban on alcohol from their matches

When is England’s Euro 2020 semi-final against Denmark?