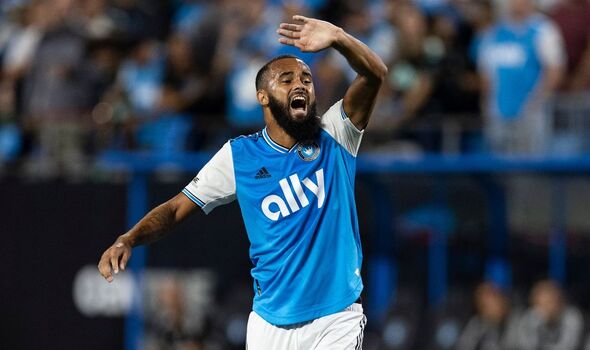 Former Tottenham and Portsmouth midfielder Anton Walkes has tragically passed away following a horror boat crash. The footballer was aged just 25, with his tragic passing announced by MLS club Charlotte FC who he was playing for after spending two years at Atlanta United in the US.

Walkes was reportedly found unconscious at the scene after two boats crashed on Wednesday afternoon near Miami Marine Stadium, according to Florida Fish and Wildlife Conservation Commission. He received CPR from Miami Fire Rescue.

“Everyone at Tepper Sports & Entertainment is devastated by the tragic passing of Anton Walkes,” read a statement from Charlotte FC owner David Tepper. He was a tremendous son, father, partner and teammate whose joyous approach to life touched everyone he met.

The Major League Soccer organisation tweeted their own statement, writing: “There are no words to describe the sorrow of everyone in Major League Soccer today after learning of the tragic passing of Anton Walkes of Charlotte FC. Anton was a talented and dedicated player who was loved by his teammates and fans.”

Portsmouth FC, for whom Walkes made 47 League One appearances between 2018 and 2020, added: “Everyone at Portsmouth Football Club is extremely saddened to learn of the passing of Anton Walkes. Our thoughts are with his friends and family at this difficult time.”

His best moment on the South Coast came when he made a substitute appearance against Sunderland in the the 2019 EFL Trophy final. Pompey won the game 5-4 on penalties.

Born in London, Walkes began his career with Tottenham Hotspur, joining the club in July 2013. But he didn’t make his first team debut until more than three years later, in an EFL Cup tie against Gillingham. He also captained the club in three UEFA Youth League ties.