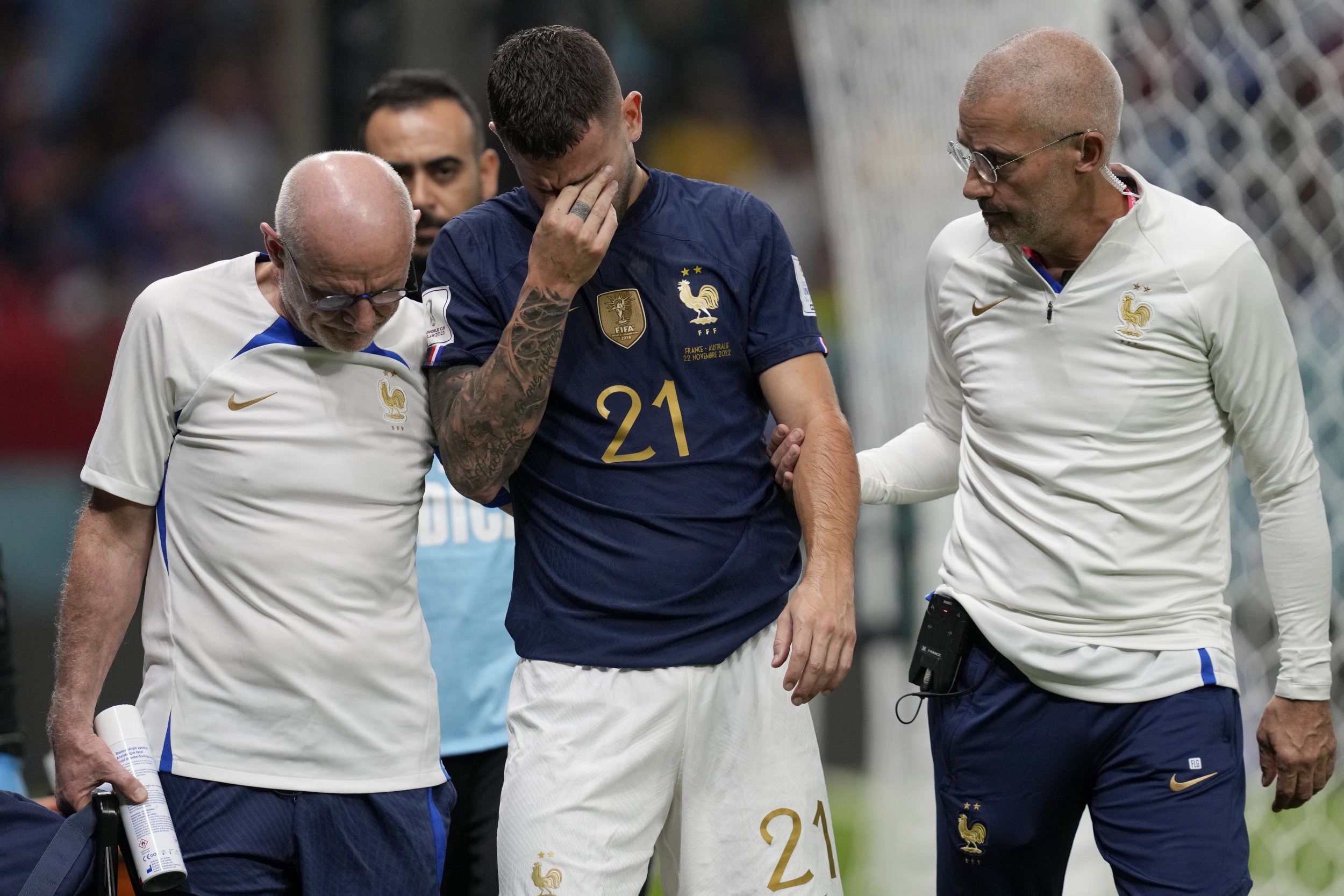 Lucas Hernandez has been ruled out of France’s World Cup campaign after suffering a knee injury in the 4-1 win over Australia on Tuesday evening.

Didier Deschamps’ side were forced to come from behind as Australia took an early lead in the sixth minute but the reigning World Cup holders went on to dominate the majority of the game with Olivier Giroud netting a double, while Adrien Rabiot and Kylian Mbappe also struck.

France were dealt a blow in the 13th minute after Hernandez was forced off with a knee injury. The Bayern Munich defender was replaced by his younger brother Theo, who plays for AC Milan.

Hernandez subsequently underwent an MRI scan and results have discovered damage to his anterior cruciate ligament, which has ruled him out for the rest of France’s tournament in Qatar.

‘Like the whole group, players and staff, I am extremely sorry for Lucas,’ Deschamps said.

‘We are losing an important element. Lucas is a warrior and I have no doubt that he will do everything possible to return to the game. first plan.

‘I know him well, courage, he will have it, that’s for sure. On behalf of the group, I wish him the best possible recovery.’

France play Denmark in their next match in Group D on Friday before facing Tunisia next Wednesday.

Earlier on Tuesday, Denmark were held to a goalless draw by Tunisia, which has put France in pole position to finish top of the group.

France have already been hit with several injuries before the tournament began as Mike Maignan, Paul Pogba, N’Golo Kante, Presnel Kimpembe, Christopher Nkunku and Karim Benzema were all ruled out.