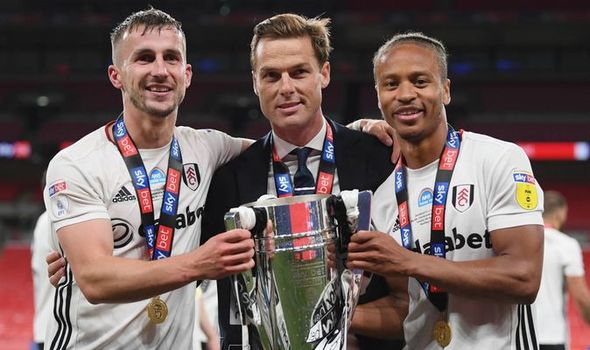 Fulham are preparing to offer Scott Parker a lucrative new contract to keep their promotion-winning manager at Craven Cottage. Parker, 38, steered Fulham to promotion back to the Premier League after just one season the Championship on Tuesday night when they beat Brentford 2-1 at Wembley in the play off final.

The former Cottagers player signed a two year deal in May 2019 when he took over permanently as their new manager, after three months as caretaker when he was unable to prevent relegation.

The Fulham manager earns around £3 million a year on his current deal, but the new contract is expected to take his earnings up to around £5m.

Parker is set to have talks with the Fulham board in the next fortnight, after promotion was confirmed on Tuesday, with full-back Joe Bryan scoring both goals in the Wembley win. 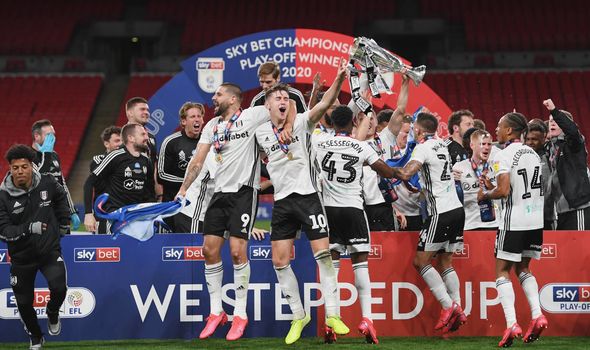 Parker will also have more control over transfers this summer, after Fulham spent more than £100m on new players in the summer of 2018 on 12 players after they were promoted, only to plummet straight back down.

Fulham are already poised to trigger an £8m clause to sign midfielder Harrison Reed, who has been on loan at Craven Cottage this season, from Southampton.

Reed, 25, became a key figure for Parker after making 28 appearances this season.

Parker wants to strengthen his defence as well, and Fulham are considering a loan move for their former player Ryan Sessegnon, who left Craven Cottage for Tottenham last summer in a £25m deal, but who has not played a minute of football under Jose Mourinho since the re-start.

Kyle Walker-Peters, who was on loan at Southampton from Spurs last season, is another candidate.

The Cottagers have also been linked with a move for ex-Chelsea defender Branislav Ivanovic, now a free agent after leaving Zenit St Petersburg.