Tottenham head coach Jose Mourinho has revealed Gareth Bale will miss the next “few weeks” with a calf injury.

Bale missed Spurs’ Premier League draw at Wolves on Sunday after he was withdrawn at half-time in the Carabao Cup quarter-final win over Stoke last week – a game he scored a header in to put his side in front.

Mourinho revealed after the Stoke match that the Wales international could not come back out for the second half due to a calf problem, and the Spurs boss has now said the forward is likely to miss the next few weeks.

Asked whether Bale would be fit to face Fulham on Wednesday, Mourinho said: “No, I don’t expect Gareth to be fit. I wouldn’t say it’s a serious injury, but I would say a few weeks.”

Tottenham are winless in four Premier League games and host a Fulham team who have lost just one of their previous six.

Scott Parker’s side have drawn their previous four matches in the league, conceding just twice, and Mourinho thinks they have discovered a new playing style in recent weeks.

“Fulham now play a different way, they forgot some of the principles that they believed in,” he said.

“They have new principles of play and they are getting very positive results. It’s going to be difficult.”

Get a Sky Sports Pass for just £25 a month

When will Bale be firing for Spurs?

Gareth Bale has made just one Premier League start for Tottenham this season and recorded only 161 minutes on the pitch.

Had he still been at Real Madrid, those figures would have sparked familiar criticisms of Bernabeu boss Zinedine Zidane – “why isn’t he playing him?!” – and raised speculation about how unhappy the Wales forward must be to be left out. 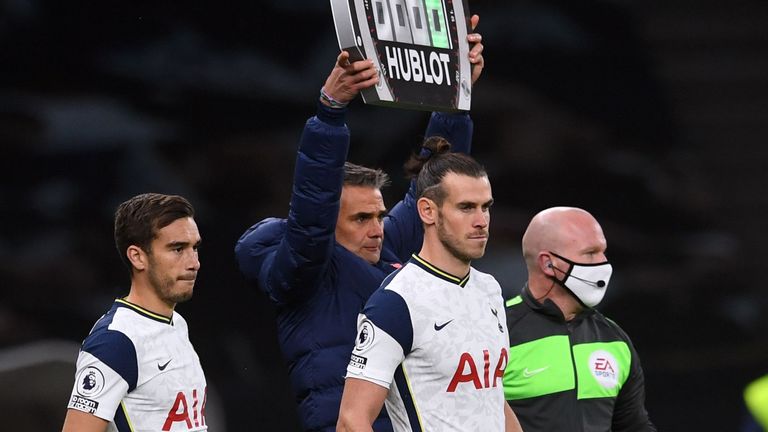 Three months into his return at Tottenham, that is not quite the case. But Spurs fans will soon feel entitled to wonder when they will see more of their returning hero, who the club, let’s not forget, are paying a sizeable amount of money.

His 45-minute cameo against Leicester was his latest league outing – but, after missing the previous two matches with illness, Bale looked off the pace and struggled to get into the game and turn things around for Spurs.

Recovery from a knee problem has been at the heart of the problem – and Spurs signed the attacker knowing they would have to be patient. But is his return to fitness and form now taking longer than expected?