The 18-year-old has only made a handful of first-team appearances for the Molineux side – but Sportsmail understands the youngster is on Southgate’s radar.

Gibbs-White has represented England at Under-19 level – and played in the side that won the Under-17 World Cup in 2017. 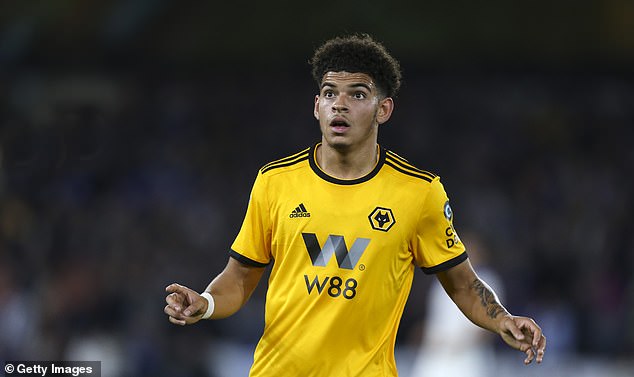 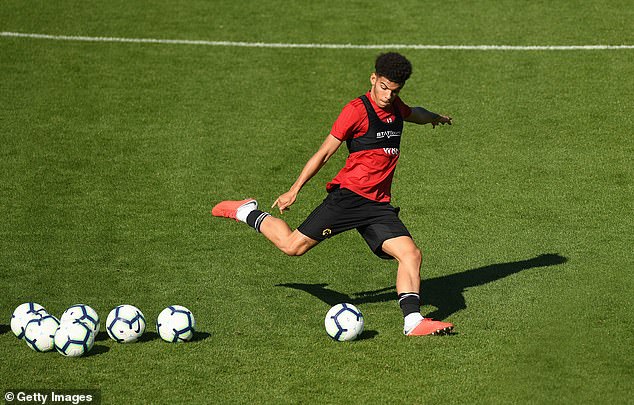 He has made appearances at youth level for England, and looks to enter the Under-21 set up

His next step will be to make the step up in to Aidy Boothroyd’s Under-21 set up – nevertheless Southgate rates the teenager particularly highly and is keeping a close eye on his performances for Wolves.

The youngster has already made 29 senior appearances for Wolves – six of those coming since the club’s promotion into the Premier League this season.

Southgate wants Gibbs-White to gain more top-flight experience before considering him for a senior call-up – but the England manager views the youngster as someone with major potential.

Southgate has shown his trust in youth during his reign as England manager, underlined by his last squad when teenagers Jadon Sancho and Mason Mount were handed call ups. 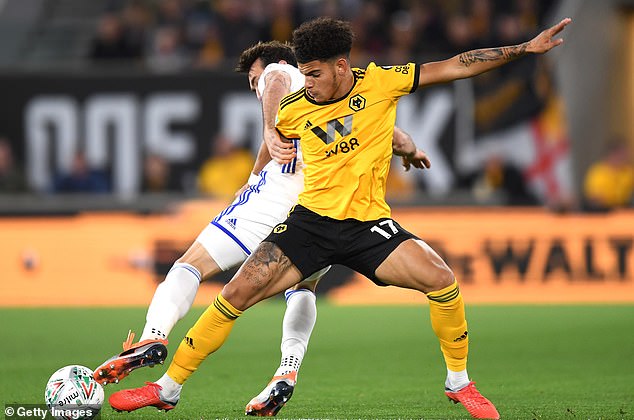 Gareth Southgate has shown trust in youth, but he wants more top flight experience from him

Meanwhile, Southgate is being regularly updated on the progress of Arsenal kid Reiss Nelson.

The England Under-21 star is currently on loan at German club Hoffenheim, where he has scored four goals in as many appearances – including a brace in the 3-1 win over FC Nurnberg last weekend.

And his impressive displays in the Bundesliga are not going unnoticed by England’s senior staff.

Sancho’s decision to leave Manchester City for Germany has paid off massively, the teenager making his England debut against Croatia earlier this month.

And Nelson – who is close friends with Sancho – could be the next German-based player to earn a senior international call-up.