Manchester United starlet Alejandro Garnacho still does not have a place in the club’s first-team dressing room at their Carrington training ground.

Garancho has enjoyed a breakout season under Erik ten Hag at Old Trafford, making his first senior start in the club’s 3-0 win over FC Sheriff in the Europa League last month.

However the 18-year-old’s finest moment to date in a United shirt arguably came in the club’s win over Aston Villa in the EFL Cup on Thursday. 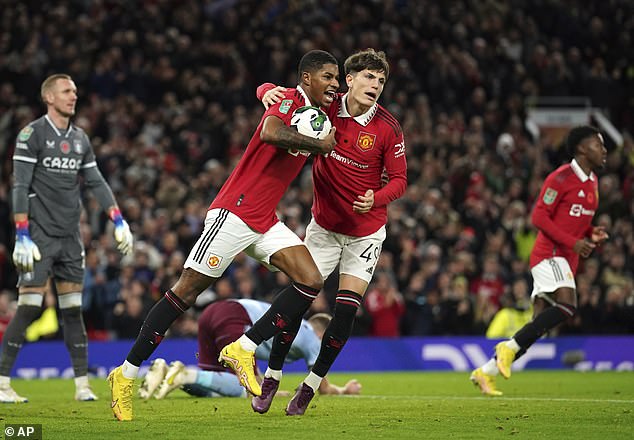 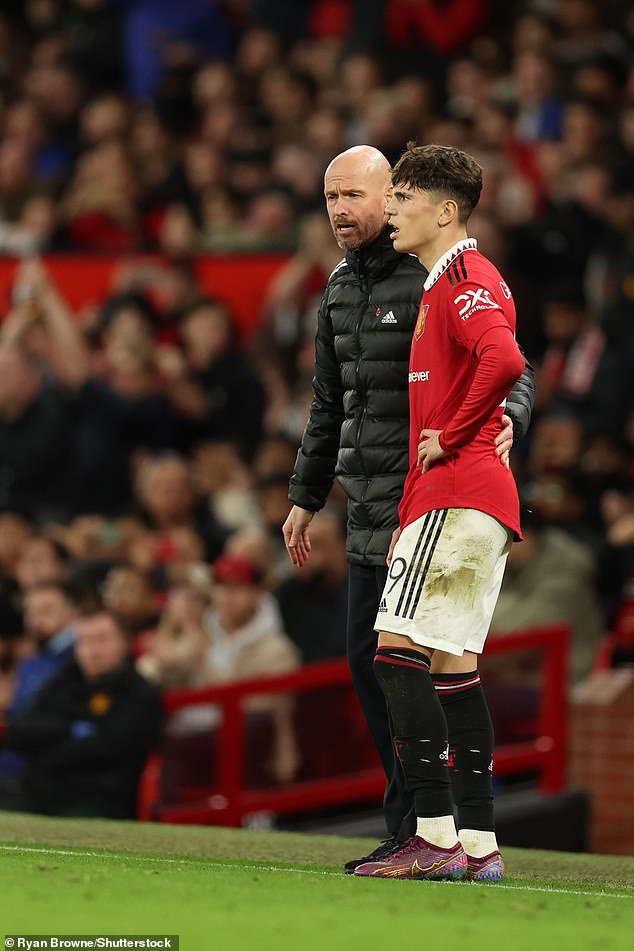 But despite his success at the club, the youngster is still yet to earn a place in the club’s first-team dressing room

Brought on by Ten Hag with half an hour remaining and United trailing 2-1, Garnacho would contribute two assists, including a spectacular cross to Scott McTominay to seal a come-from-behind victory.

Despite the ever-growing hype surrounding the teenager, Ten Hag has ensured that Garnacho’s feet remain firmly on the ground, with the Argentina youth international still yet to secure a spot in the club’s first-team dressing room at Carrington.

Speaking following the win over Villa, Ten Hag insisted that Garnacho’s continued involvement with the first team will be determinate on his attitude going forward. 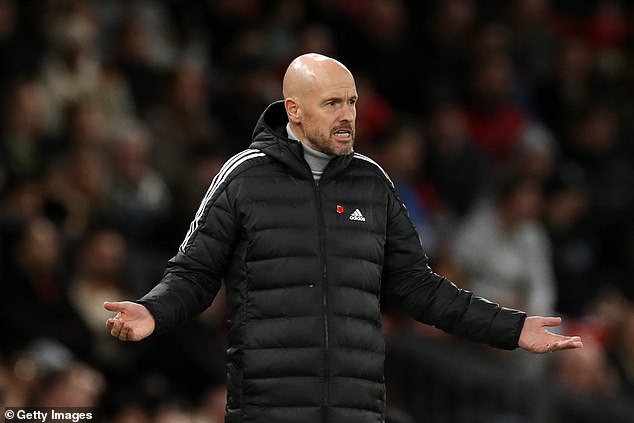 ‘It depends on his approach, his attitude,’ said the United manager. ‘When he keeps working then, yes, it is possible [for him to play more]. He wants to improve every day. He has to do the right things in his lifestyle. He has the capability.’

The news comes after Salford City boss Neil Wood, who coached the youngster as during his time as the club’s U23 manager, warned that overexposure to first-team football at such a young age could prove harmful to Garnacho’s development as a player.

‘I get that fans like to see young players thrown in but I don’t know if throwing him into the first team is the best thing to do.’ Wood told The Athletic.

‘The standards are so high, you can’t be expected to turn it on immediately at Old Trafford, but expectations are high for young players. Too much too soon can damage a player’s development.’