Garth Crooks has picked out four Manchester United players who must copy Bruno Fernandes at Old Trafford. The Portugal international has been in fine form this season, scoring six goals across all competitions already. And that’s despite Ole Gunnar Solskjaer’s side being inconsistent.

United signed Fernandes from Sporting Lisbon in January and he made an immediate impact, propelling the club back into the Champions League.

And he’s picked up from where he left off last term, finding the net six times already this season.

Fernandes was the star of the show as United beat Everton 3-1 on Saturday, scoring twice and also providing the assist for Edinson Cavani’s strike.

“I don’t know to what extent Bruno Fernandes was aware of media attention surrounding his manager’s long-term prospects at Old Trafford, but the way he played against Everton not only suggested he knew, but was determined to do something about it,” he wrote for BBC Sport. 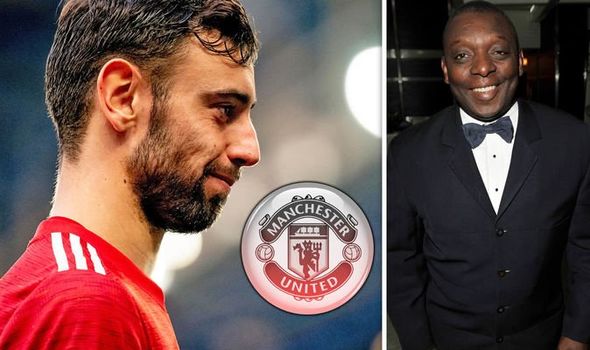 “The Portugal international fought for every ball, tried to win every tackle – and got booked as a consequence – scored two goals and laid another on a plate for Edinson Cavani.

“He was everywhere and made absolutely sure any speculation about Solskjaer’s immediate future was quashed.

“United have an extraordinary squad and Solskjaer has carefully put it together.

“What is needed now is for Pogba, Nemanja Matic, Anthony Martial and Mason Greenwood to display more of what Fernandes is showing and repay some of the faith their manager has placed in them.”

Crooks also praised Fred, saying: “When Fred arrived at Old Trafford I couldn’t work out what his role actually was. 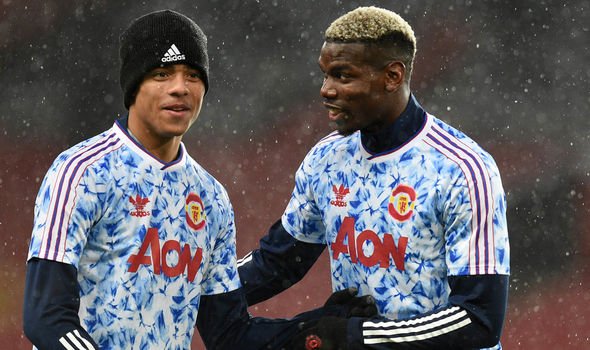 “In fact, I went on record as saying I didn’t think he was a Manchester United player.

“Well, if former United midfielders Remi Moses and Gordon Strachan are anything to go by then Fred displays exactly the same grit, endeavour and determination as they had when they played in midfield for the club in the 1980s.

“At a time when United have a real issue with consistency – an issue that has put question marks over their manager’s future – Fred provided the support for Bruno Fernandes against Everton that has been absent when Paul Pogba has played in that role.

“The Brazilian doesn’t possess Pogba’s ability but epitomises the qualities a coach can rely on.”

Crooks hailed Harry Maguire for his showing against Everton, too, believing the England international is beginning to get back to his best.

“Ole Gunnar Solskjaer left Goodison Park with a smile on his face and quite rightly,” said the pundit.

“The Manchester United manager came away with a victory and seems to have survived the media onslaught around his supposed pending departure – at least for now.

“One of the reasons the Norwegian has a stay of execution is the faith he has exhibited in his captain, Harry Maguire.

“The England defender has recovered from a shaky start to the season and was outstanding against Everton. The central defender completely nullified the aerial threat from Dominic Calvert-Lewin.

“Meanwhile, speculation regarding Solskjaer’s future will have to wait until after the international break. As for Maguire, he is on Three Lions duty. No rest for the wicked.”