Manchester United boss Ole Gunnar Solskjaer will make “permanent changes” to his starting XI, according to Gary Neville. Anthony Martial has been shy of goals in recent months and he lost his place in the team for the trip to Arsenal.

Solskjaer placed his faith in veteran forward Edinson Cavani and Neville reckons the Uruguayan is there to stay.

“The one change, and I think it’ll be a bit more of a permanent change in that best eleven, is Cavani will come in up top,” Neville told Sky Sports.

“I think he’s proved himself now over a month or so. He’s been knocking on the door, he’s been playing in the midweek games, he’s been coming on in some of the big games.

“But I think now he’s made that spot his own. I think he’ll start in all the big games going forward.

“He’s got Fred and McTominay in midfield, Paul Pogba gets pushed out to one of the wide areas, whether it’s left or right we don’t know.” 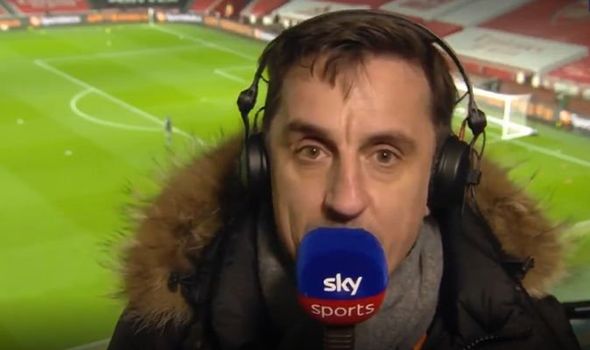 Solskjaer was quizzed on his team selection to face Arsenal and he explained why Cavani was leading the line.

“Fresh legs and fitness issues, but also a team we feel is going to cause Arsenal some trouble,” he said.

“We feel we’ve got the mix with pace, experience. I hope we’re going to have a good performance.”

A defeat for the Gunners would be a brutal blow to their Champions League hopes.

But Sky Sports pundit Jamie Carragher does not think Mikel Arteta’s side will finish in the top six – never mind the top four.

“To be honest, I called for that a while ago, in terms of bringing young players in. I think they have a good group of young players, the standout one is Saka. He’s missing today but Emile Smith Rowe, I’ve been hugely impressed with him,” he said.

“It was something we’ve mentioned, the older players they were buying; David Luiz is still in the team at this moment. But I think when you bring young players in, there’s an element more of patience from supporters as well. 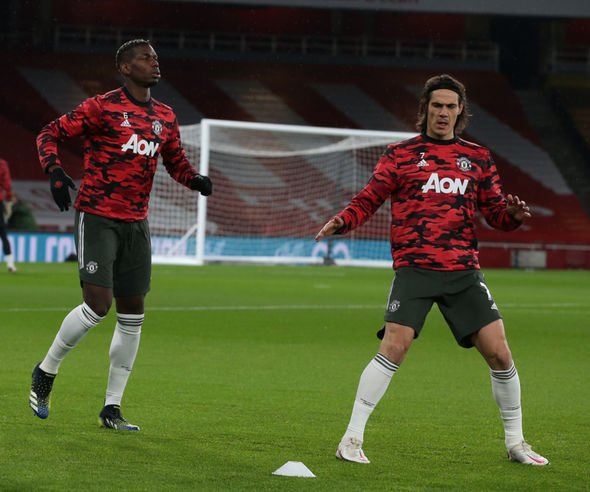 “They are going through a great run of form. I still don;t see them making the top six. I don’t think they’re quite good enough.

“They’re not as bad as they were when I was watching them six to eight weeks ago at Goodison Park when they were really poor.

“They are in a great run of form now. They are somewhere in between. I still think it will be difficult for them to break into the top six this season.”