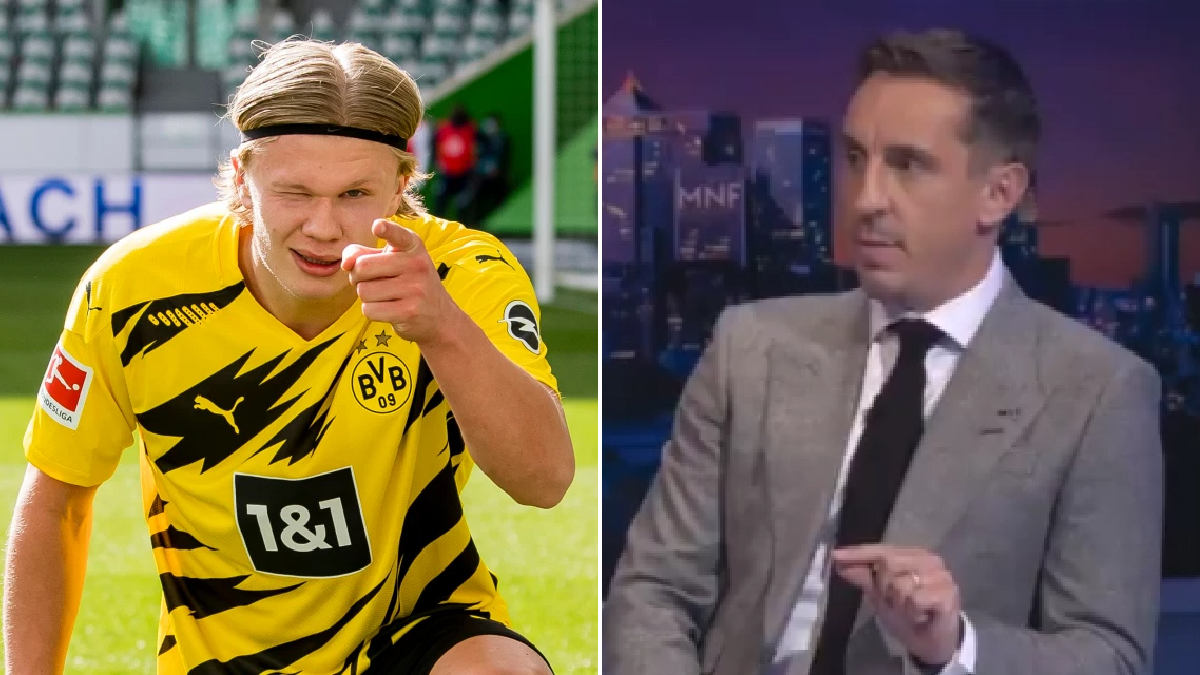 Gary Neville has rubbished suggestions that Cristiano Ronaldo’s return to Old Trafford will prevent Manchester United from joining the battle to sign Erling Haaland next summer.

The Red Devils secured a deal to re-sign the Portuguese superstar from Juventus 12 years after he left the club and he marked his return with a brilliant brace in Saturday’s 4-1 victory over Newcastle in the Premier League.

United now have a horde of options to choose from in the attacking areas, with the likes of Mason Greenwood, Marcus Rashford, Anthony Martial, Edinson Cavani, Jesse Lingard and others all competing for a role.

With Ronaldo now playing predominantly as a centre-forward, that had sparked speculation that United could shelve their long-standing interest in Borussia Dortmund frontman Haaland.

The Norwegian has a £68million release clause which becomes active next year and United were expected to do battle with some of Europe’s biggest clubs – including Bayern Munich, Real Madrid and PSG – to try and land him.

But Neville has no fears that United have effectively removed themself from the race to sign Haaland due to signing Ronaldo and expects three current first-teamers to be offloaded to make room.

Asked on Monday Night Football if Ronaldo’s return means Haaland is now off the table, Neville replied: ‘No. No I think Manchester United next year will lose probably Martial, they’ll lose Mata, Cavani will leave because they got another year out of him.

‘So it will free places to be filled.

‘If Haaland becomes available next summer and they want to do a deal with his agent – which is the big thing with Haaland – then Manchester United should go for him.

Asked if Ronaldo would accept occasionally being a substitute with Haaland starting, Neville added: ‘Well Cristiano has played with Benzema, with Bale, with all these great Galacticos at Real Madrid.

Reports shortly after the transfer window closed claimed United had already earmarked Haaland as their number one transfer target for next summer and actually feel the presence of Ronaldo could help lure him to Old Trafford.