United were a club struggling to shine prior to Fernandes’ arrival.

But the Portugal international has transformed the Red Devils and, now, is leading their charge towards a first Premier League title since 2013.

Fernandes has been nothing but sensational since his move to Old Trafford and Neville, speaking on Sky Sports’ Monday Night Football, thinks he’s the best leader at the club.

“There’s Paul Pogba, there’s David de Gea, there’s Maguire, they’ve all been captain of the team, [Edinson] Cavani with his experience,” he said.

“He (Fernandes) is the leader in that team, leader by example. Leader by what he does when he gives the ball away, he sprints straight after it. 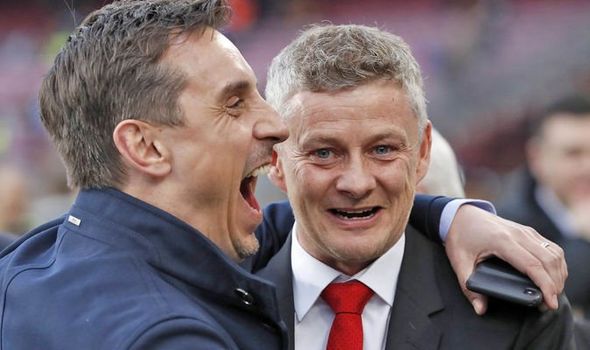 “He’s transformed, I’d say, the whole club from a point of view of if he doesn’t play, it’s a massive problem, and that’s a big issue when you’re almost reliant on him.

“Fernandes has been an absolute sensation at United – he’s the leader of that team and if it’s not him wearing the armband, he could be.”

United star Luke Shaw recently admitted the club were somewhat reliant on Fernandes, something he’d like to see change. 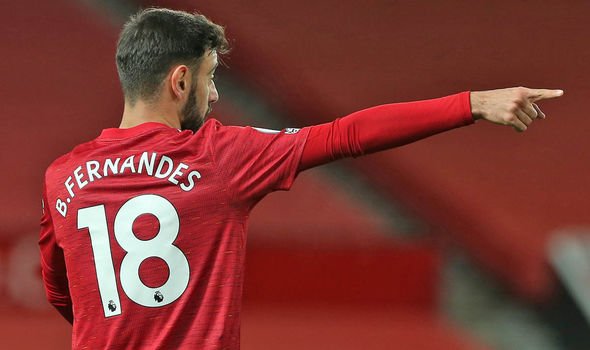 “I think even in our squad now we have unbelievable players,” the left-back said.

“But of course Bruno, the fact he came in midway through the season, to adapt that quickly to the Premier League… it doesn’t surprise me because you could tell he was going to be special with his confidence and aura.

“He wants to improve himself and improve the team. That’s helped us because we were in a bad state when he came in.

“He’s very important to our team now and everything goes through him. We as a team need to take some pressure off him because he’s doing a lot.

“Of course he likes doing a lot but us as other players need to step up as well.

“Sometimes it looks like if Bruno doesn’t play well we struggle so we need to improve that and have more players stepping up to the plate.”

Fernandes is expected to feature when United tackle Everton in the Carabao Cup on Wednesday night (8pm).

He’s already scored against the Toffees this term, notching in a 3-1 victory at Goodison Park.

United haven’t won a trophy since 2017, back when Jose Mourinho was in charge.

And that’s something Solskjaer will look to rectify, especially after losing three semi-finals last season.