When Inter Miami travel to Nashville for the playoff game between the two MLS expansion teams this Sunday evening, most eyes will be on Miami co-owner David Beckham. But it is another less well-known Englishman whose fingerprints will be all over the occasion.

Nashville head coach Gary Smith has faced down adversity this year. His team, short on stars but long on determination, only met up during pre-season and could not even complete in the opening tournament in Orlando when much of the roster was struck down by Covid-19.

There has since been the tornado in Tennessee that forced two of the team to move house and the challenge of making up for missed games in what has been a packed schedule.

Smith has found a way. At 51, his only management role in English football ended seven years ago at Stevenage, but his pedigree Stateside is not in question. The Miami game will take place 10 years to the day since he led Colorado Rapids to glory in the MLS Cup.

He had reservations about the move to Nashville at first. Smith’s first impression of Music City was that this was “Blackpool on steroids” but he has since found comfort in a quieter part of town, making a new life there with his wife and three teenage children.

In 2017, much to his amusement, he was even selected by a local magazine as one of the 25 most beautiful people in Nashville. “I think they were struggling for candidates that year,” he tells Sky Sports. “But the photographer did tell me that I was definitely in the top 10.” Hired when Nashville were playing the United Soccer League, Smith impressed enough to be entrusted with the role of head coach for this inaugural MLS season. He has rewarded that faith with a seventh-place finish – three above Miami – and a place in the playoffs.

“I think it has exceeded everyone’s expectations,” he says. “It is a brand new group and I have tried to bring those guys together and create a bit of an identity, a style. It is not easy.

“You are not only trying to fast-track relationships, building a rapport and understanding, but you have got to present a practical idea. What is the philosophy? How are we are going to compete? The template is laid out but it is then up to the players to bring it to life.

“It has just been an incredibly difficult year for everyone involved but to show the character and spirit that we have is a testament to the individuals that we have in the group.” It is also a testament to the work of Smith and his backroom staff, which includes the former Leicester and England winger Steve Guppy. The pair were once team-mates at Wycombe.

Reunited at Nashville, they are attempting to recreate one of the more unlikely achievements in MLS history when Colorado Rapids defied the odds a decade ago.

Smith had only gone to Denver to set up a youth academy for Arsenal but was unexpectedly offered the job in chaotic circumstances. He recalls a franchise that was “immersed in mediocrity” but history was made with a come-from-behind win over FC Dallas.

“It was a remarkable journey,” he says.

“There were a lot of things behind the scenes. It was not a harmonious group. I am talking about the technical director and the senior staff at the club. To build a team when it was such a fractured outfit, to build a spirit of togetherness, the very epitome of us against the world, and go on and win a championship with the next to lowest budget in the league…

“There weren’t many spending less than us at the time. It was an amazing achievement and one that we all constantly chat about and look back on with great feelings of pride.” 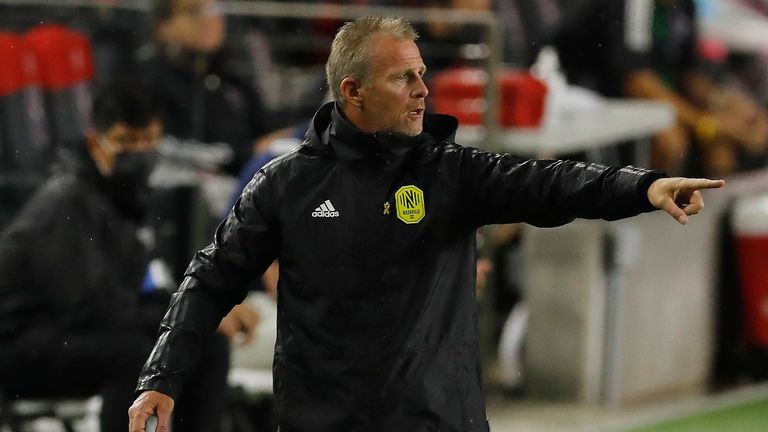 Indeed, Smith still has the ball from the MLS Cup final. His eldest daughter jumped the hoardings upon the final whistle and at the age of seven had the wherewithal to grab it.

“Next thing you know, she is standing there with the match-ball. It is amazing what takes their focus. She went scuttling after it. I got the guys to sign it. It is pride of place.”

But within a year of that success, Smith was gone. Without a green card in America, he returned to England hoping that his achievements overseas had been noted.

He ended up at Stevenage.

“I would have loved an opportunity in the Championship but that was not the case,” he explains. “Maybe the league was not viewed as it should have been but I thought Stevenage was a good opportunity. You don’t go anywhere thinking that it is going to be ****.”

Smith took Stevenage to the League One playoffs in his first season, losing to Sheffield United in the semi-final. It remains the club’s highest league finish in its history but he was sacked the following March, just days after a 4-0 win over the Blades, and with the team safely in midtable, after what was described by the board as a ‘worrying’ run of form.

“What happened there was probably my biggest frustration,” he admits.

“I understand that all managers are under pressure. But knowing you have a budget among the bottom three or four, and that you are punching above your weight in a transition period, that was my biggest frustration. I felt I deserved a bit more time.”

It has been a long road back to the big time, which is why Nashville’s opening game against Atlanta United back in March – played in the Tennessee Titans’ stadium in front of a huge crowd of almost 60,000 supporters – was such an emotional experience for Smith.

“It was an incredible occasion,” he says. “For everyone who was at the game there were some really deep emotions. The stadium itself is magnificent. To be standing there with nearly 60,000 there, a brand new team, all the effort that had gone into that.

“Of course, for me personally, having won a championship in Denver and then not having had another opportunity in MLS until that Atlanta game, it was quite remarkable really.” 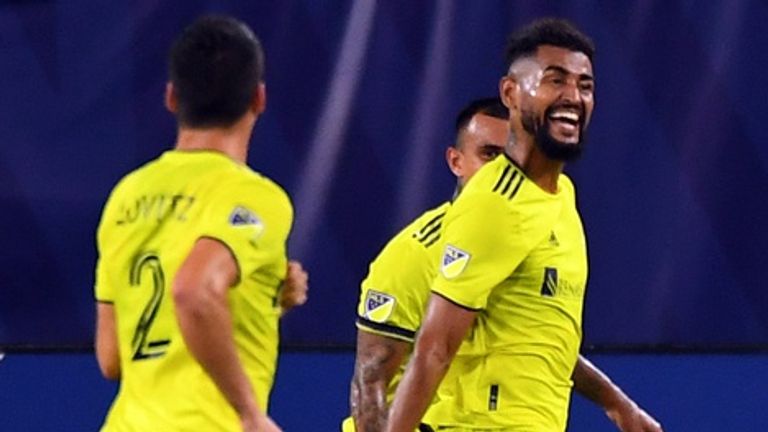 It is a bittersweet memory now. The people of Nashville had rallied behind the team but the Covid-19 crisis means that the crowds have not been able to return in numbers since then.

And yet, Smith’s side have battled on. They have been beaten only once at home since that opening game – and even that was as a result of a controversial offside call. Nashville have the third best defensive record in the league. That could be crucial in the playoffs.

“A lot of press and pundits look at the fact that we don’t concede goals and I think that has sometimes been misconstrued,” says Smith, a reference to his reputation for defence.

“The big thing that I have always wanted from a group is to be organised. That defensive organisation has helped us to stay in games when we have not had the firepower to make it work. Credit to the group for staying focused and organised and carrying out our plan.

“There is more than one way to skin a cat.”

The game against Miami highlights that clearly. The razzmatazz that has greeted the Florida outfit’s introduction to MLS contrasts with the more measured approach of Nashville. “People will look at the similarities – or maybe the lack of similarities,” says Smith. 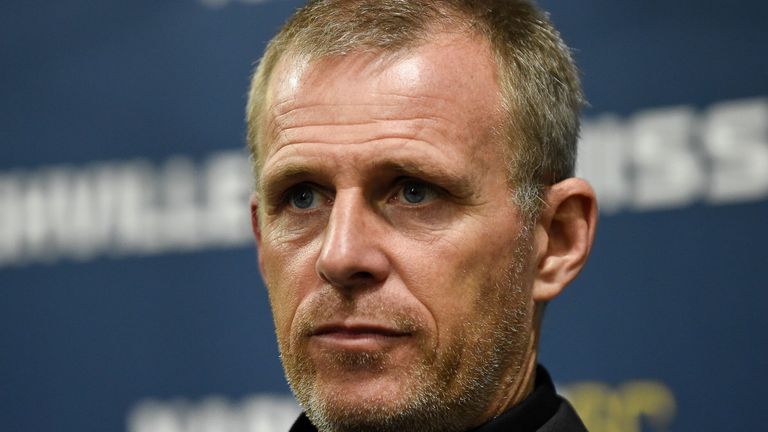 “Their additions have been far more high profile than ours but they have brought something to the table and their form has improved. They have got themselves in this playoff spot.

“I think it makes for great press. David and Goliath, if you like. They are still under more pressure than we are because of the expectations in general of that franchise. But we have gone about our business and dealt with the adversity. That has brought the group together.

“Our competitive nature speaks for itself. This is a terrific group of players and their fibre and inner spirit is something you need in the playoffs.

“If we can get past this hurdle, if we can get this job done at home, which will not be easy, I believe it will give the group a confidence that will be unquenchable, really. Then, I think you will see a group of players who are feeling ten feet tall and feeling pretty bulletproof.”

Could there be a repeat of that success with Colorado Rapids? It would be a sensational story, once more, but Smith does not sound like a man who is ruling it out.

“Quite frankly, there is no comparison with how this club is run. The understanding with the technical director, the general manager, the ownership group, it is just poles apart.

“Again, this is an unfancied group. Again, we are battling the odds.

“It is different here but the fact that we are unfancied and were unfancied from the outset plays into this. Does anyone really want to play us? I would not think so. The team that plays against us is expected to win and I believe that makes it difficult for our opponent.”

Beckham, watch out? “Fortunately for us,” laughs Smith, “he isn’t playing.”