‘They made FOOLS of themselves!’: Newspapers in Germany slam Hansi Flick’s side as the 2014 champions suffer another ‘DEBACLE’ at the start of a World Cup… with the nation’s knockout hopes on a knife edge following 2-1 upset to Japan

Appalled newspapers in Germany slammed their nation’s shocking 2-1 defeat by Japan at the World Cup on Wednesday.

Japan launched a second-half comeback to produce a stunning upset against the 2014 World Cup winners, who went ahead through Ilkay Gundogan in the 33rd minute.

Ritsu Doan netted Japan’s crucial leveller in the 75th minute before Takuma Asano snatched the winner just eight minutes later, punishing the Germans for missing a catalogue of golden chances whilst ahead in the game. 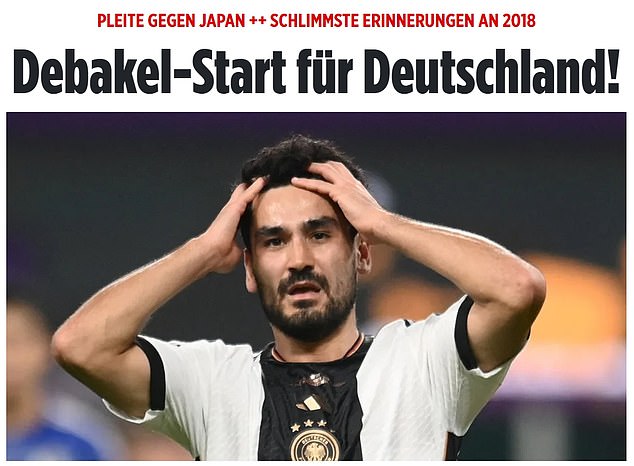 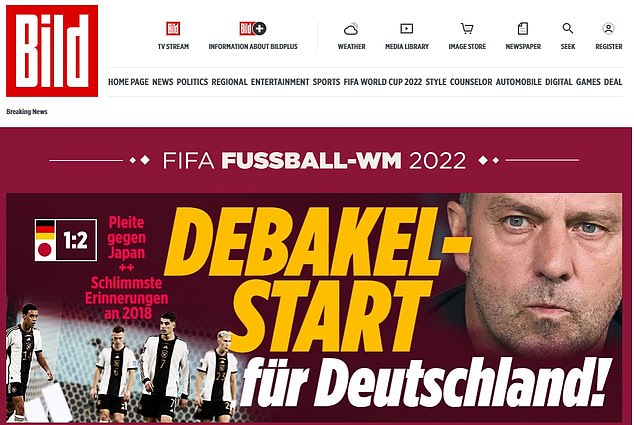 Leading German outlet Welt insisted that Germany had once again made a ‘fool out of themselves’ at the start of a major tournament, having lost 1-0 to Mexico in their opening match of the 2018 World Cup.

The four-time champions crashed out in the group stage four years ago as a result and could well do the same in Qatar, with crucial matches against Spain and Costa Rice to come.

Admitting Hansi Flick’s side ‘messed up’, Kicker also heavily criticised the Germans’ performance in the second-half and were joined by Bild, who labelled the defeat a ‘debacle’.

Bild wrote after the defeat: ‘The debacle is reminiscent of the bitter tournament in Russia in 2018, where Germany lost 1-0 to Mexico and were eliminated from the group stage for the first time.’

After going 1-0 ahead from the penalty spot in the first-half, Germany’s intensity dropped as Serge Gnabry and Gundogan missed a handful of fruitful chances to extend the lead.

The defeat means that Flick’s side cannot afford to slip up against Spain on Sunday, otherwise they will face yet another elimination in the group stage. 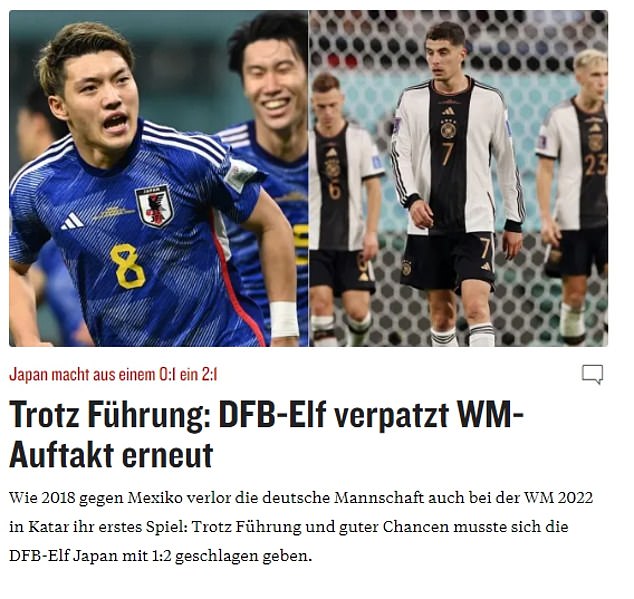