A German punk group have paid tribute to Jurgen Klopp by wishing the Liverpool manager happy birthday during a performance in Rostock.

The group’s lead singer Andreas Frege is good friends with Klopp and he broke rank during their performance to wish the Liverpool boss a nice day on his 55th birthday.

Momentarily stopping the band’s performance to what appears to be a sizeable crowd, Frege shouts into the microphone ‘happy birthday’ before turning the mic to the crowd for them to finish the song off. 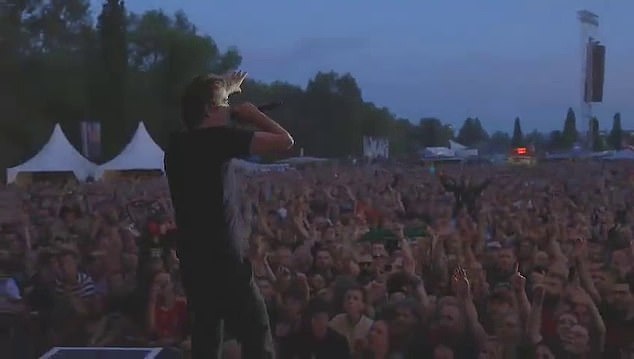 The lead singer of the band, Andreas Frege, broke into happy birthday song for Jurgen Klopp

They sing it enthusiastically before Frege breaks the rhythm to announce the Beatles song ‘I Feel Fine’ to the crowd.

The famous Beatles track was covered by the fans on the Kop this season for a new chant for their manager, which went: ‘I’m so glad that Jurgen is a Red. I’m so glad he delivered what he said.

‘Jurgen said to me, you know, we’ll win the Premier League, you know. He said so. I’m in love with him and I feel fine.’

Frege broke into the Kop iteration of the Beatles song, appearing to enjoy the brief moment of Liverpool-related adulation. 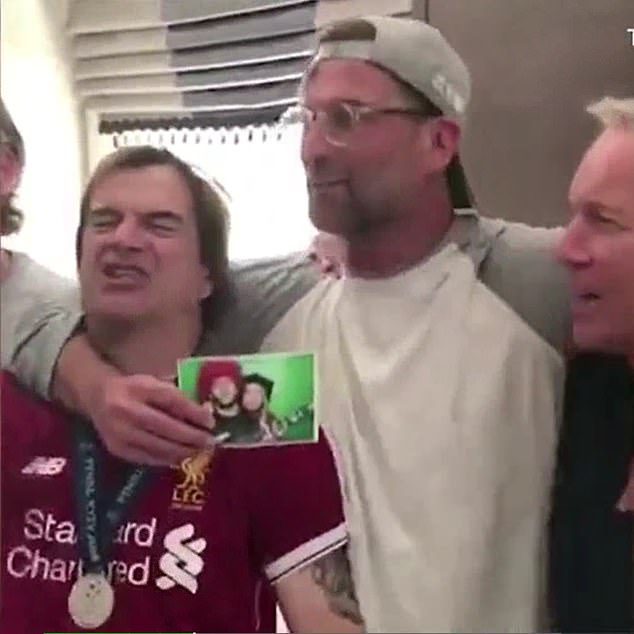 It is not the first time Frege has been spotted basking in the glory of Klopp.

The singer became notable in the UK for his part in a 2018 clip that was filmed in the aftermath of Liverpool’s Champions League final defeat to Real Madrid.

In that particular instance, Klopp, alongside Frege and two others, were filmed singing a song mocking their side’s defeat to the Spanish giants.

The song on that particular boozy night had an element of gallows humour to it, going: ‘We saw the European Cup! Madrid had all the f***ing luck! We swear we’ll keep on being cool! We’ll bring it back to Liverpool!’ 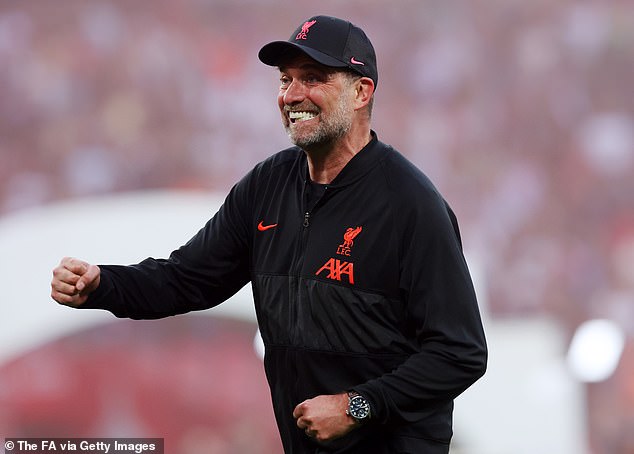 Jurgen Klopp enjoyed one of his most successful ever seasons, guiding Liverpool to three finals and within a point of the league

Klopp revealed to Sportsmail, ahead of last month’s Champions League final rematch with Real Madrid, how that came about.

‘It started as one of the worst nights in my life,’ he said.

Before going on to reveal that they found a vase in the bathroom that looked like the European Cup and that the mimicking of lifting the trophy led to the song being sung.

Klopp and his friends, while drunk, had little hesitation of publishing the video. It appears it only added to the motivation of the team, with Klopp’s side going on to claim the biggest prize in club football the next season.

Premier League title race: Will there be a final-day twist?