‘We were actually frightened when they equalised’: Steven Gerrard expresses relief after late goals see Rangers prevail past Hamilton

Steven Gerrard admitted Hamilton gave Rangers an almighty scare as they almost inflicted another bout of travel sickness on his side.

The Light Blues won out 4-1 in the end at the Hope Stadium to record their first away league win for eight months.

But they were far from convincing and almost had victory snatched away 10 minutes from time when Steven Boyd’s sensational equaliser cancelled out Ryan Kent’s opener. 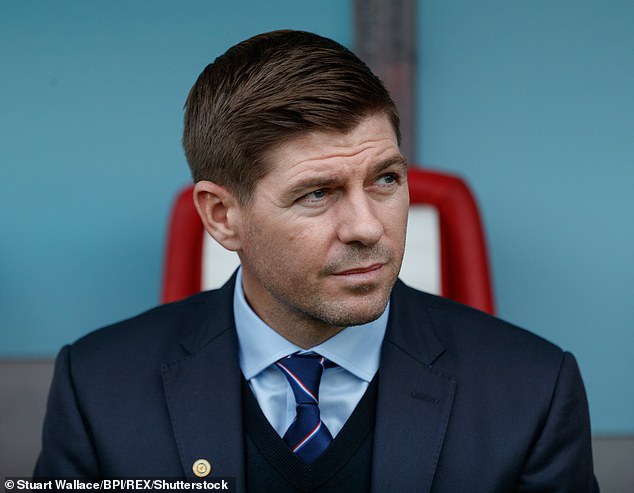 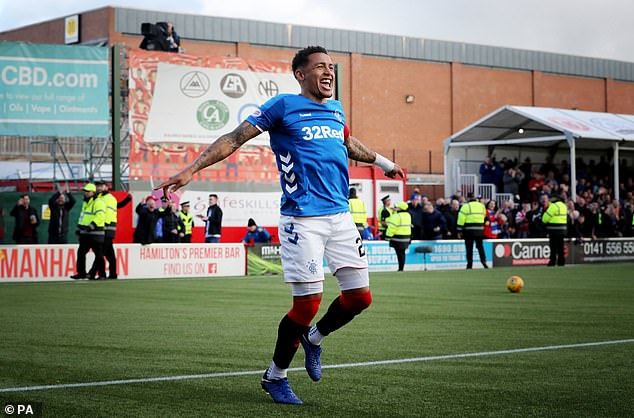 However, having hit the skids on the road against Aberdeen, Motherwell, Celtic and Livingston under Gerrard, Rangers were finally motoring with two late penalties from James Tavernier and a stoppage-time Alfredo Morelos strike.

But Gerrard admitted it took Accies’ equaliser to finally spark his men into life.

‘Performance-wise, we weren’t at it today,’ he admitted. ‘We weren’t great but I’m pleased with the three points and the result because all the talk before the game was about our away record and how we hadn’t had a win for eight months.

‘The points were the most important thing for me but I wasn’t pleased with our display, to be honest.

‘I think we were actually frightened when they equalised – that basically gave us the rocket we needed because, at 1-0 up, we were too casual and I didn’t feel comfortable on the sidelines. 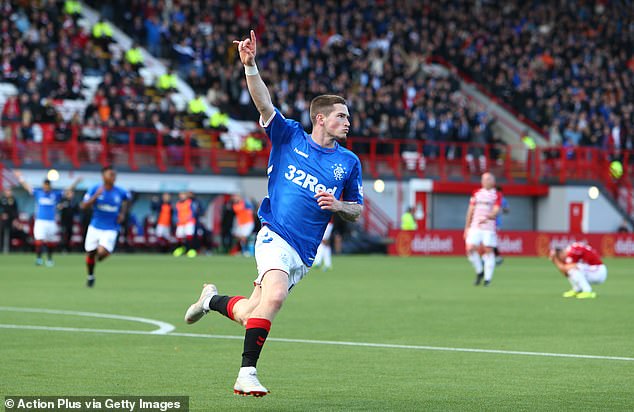 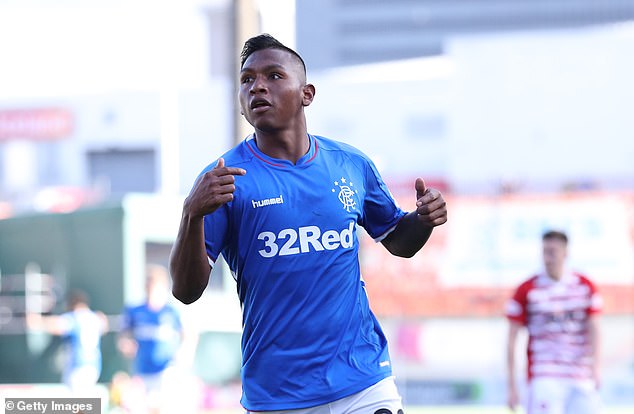 Alfredo Morelos celebrates after scoring Rangers’ fourth goal, which made sure of their win

‘I always felt that they were going to have one opportunity or one decision that could have proved costly in terms of that win slipping from our grasp.

‘But their goal scared us a bit and that sparked us into life. We then went on to win comfortably, but 4-1 flattered us.’

Tavernier has now netted from the spot seven times this season and his boss praised the skipper’s coolness under pressure.

‘He has fantastic technique and he backs himself,’ said Gerrard. ‘James has the personality to step up in pressurised situations and, certainly, the first penalty today – with the score at 1-1 and time running out – was a big one for us.

‘But I wasn’t surprised because he’s been terrific for us all season.’

Hamilton looked set for a thoroughly-deserved point until two moments of madness from Alex Penny swung the game back in Rangers’ favour. 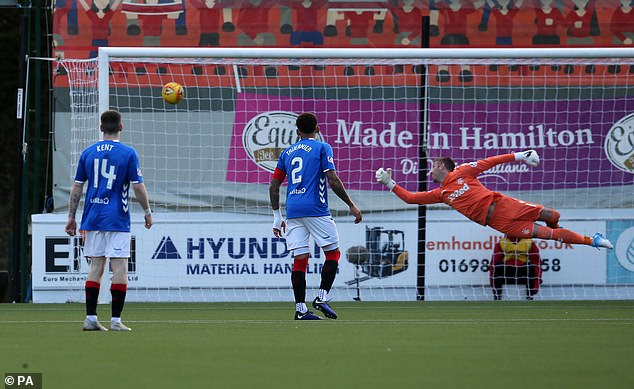 First the defender used an arm to stop Daniel Candeias’ cross before giving away his second penalty inside three minutes by tripping Morelos.

But Hamilton boss Martin Canning felt his side should have had a spot-kick of their own in the first half when Tavernier tussled with Mickel Miller.

He said: ‘In the first half it is a penalty for us. Mickel cuts inside Tavernier and gets held back.

‘If that’s anywhere else on the park, 100 per cent you get a free-kick for it, so why not in the box?

‘I don’t know if it’s because there wasn’t 2000 fans behind the goal shouting for it, and if it was the other way around and they jump up, is it a penalty?

‘The first penalty they get is harsh. Alex goes and it hits his shoulder first before coming down onto his arm. I don’t think it’s a deliberate attempt to block the ball with his arm.

‘I asked the players for a performance and reaction after the Hibs game, and we got that. We probably weren’t clinical enough to make enough of our opportunities.’