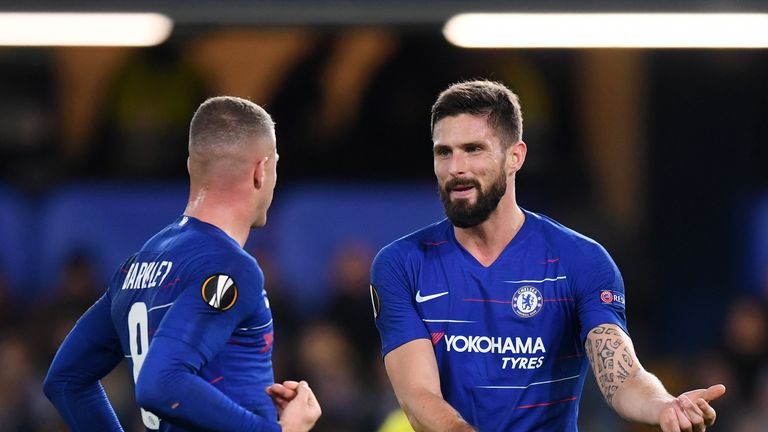 Gianfranco Zola insists Chelsea’s players do have character – and they do care – but he thinks they are reacting to hardship as individuals instead of a team.

The Blues slumped out of the top four to sixth in the Premier League after a 6-0 hammering at Manchester City last week and assistant boss Zola believes they have reacted well by beating Malmo in the Europa League.

His boss Maurizio Sarri recently accused his players of lacking motivation in another poor result at Arsenal, but Zola believes their difficulty has been in trying to gel as a team. 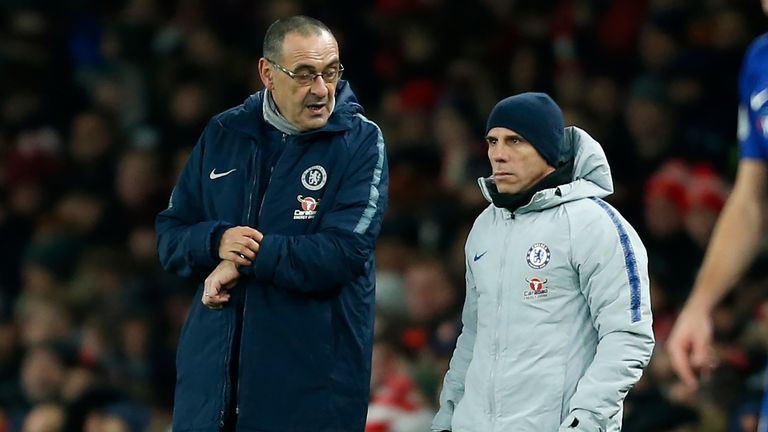 Asked if the current group have strong leaders like Marcel Desailly, whom Zola played with for Chelsea, or John Terry, the Italian said: “I believe so. They are different personalities but characters (are similar).

“I think this group, like in the one I had in my time, didn’t like losing. Maybe they are showing it in another way but it’s wrong to make comparisons like that. We believe that we didn’t like (losing to City) and they reacted yesterday and they continue to react.

“It would be good if we could react more as a team rather than as individuals. Against Manchester City we reacted, yes, but reacted individually. There were players taking the responsibility and they wanted to change the situation on their own. “But what we are building here is a philosophy of playing and we need to learn to react altogether. It’s not enough that just one player gets the ball and tries to beat two players. That’s not the way we try to win games.

“But if you ask me, I don’t believe that this group doesn’t care. They care. They just need to get this understanding of working together.”

A resurgent Manchester United usurped Chelsea into fourth as they continue to enjoy their football under popular caretaker boss Ole Gunnar Solskjaer, while Sarri and his staff try to instil a playing style at Stamford Bridge that will lead to sustained success.

The Blues prepare to host United in the FA Cup fifth round on Monday night, and Zola says the players must accept there will be times they enjoy playing less than they could in pursuit of ‘Sarriball’.

“Of course when you lose 6-0 you don’t enjoy it, but we also won 5-0 and everyone enjoyed that,” Zola said. “But again, there is a stage when you are working on something that, when it’s still not in place, it can be hard, but there will be a moment when you are going to enjoy it a lot more than at the moment.

“I always loved this game but there were moments when I was playing that it wasn’t pleasant because I was working on it. I believe the players are enjoying what they’re doing, and like what we’re doing.

“But I also know that there are moments when we lose and things don’t work it’s painful. But we continue because we believe in what we’re doing.”