Trouble getting in? Just Google yourself! Mask-wearing Gladbach striker Marcus Thuram brings up pictures of his face on his phone to get past San Siro security as Bundesliga side prepare for Inter Milan clash

Everything is that little bit trickier in the Covid age – social distancing, curfews, test and trace, having to constantly wear a face mask.

Just ask Marcus Thuram, who had a little bit of difficult getting into the San Siro.

The Borussia Monchengladbach forward – the son of French World Cup winner Lilian – reported to the iconic stadium for press conference duty ahead of his team’s Champions League tie with Inter Milan. 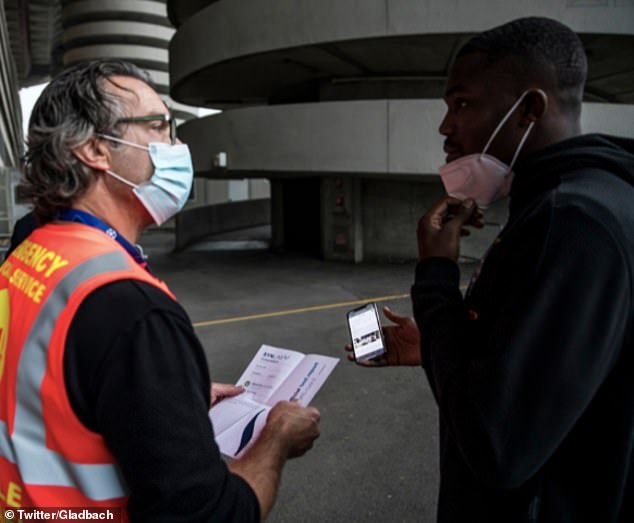 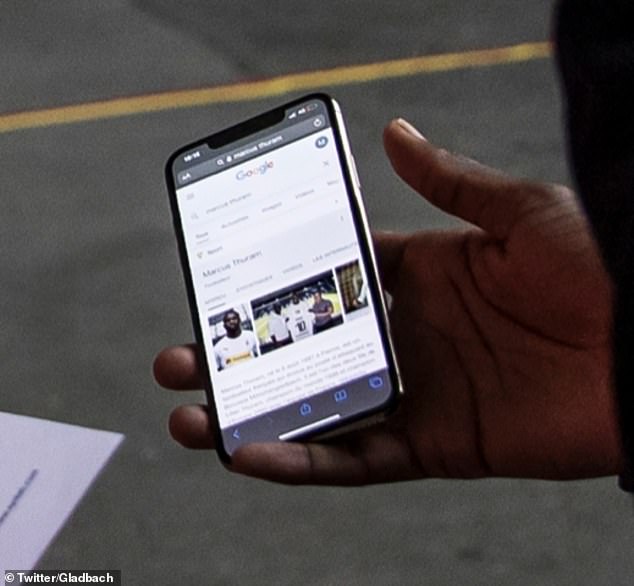 In an effort to convince the security guard who he was, Thuram Googled pictures of himself 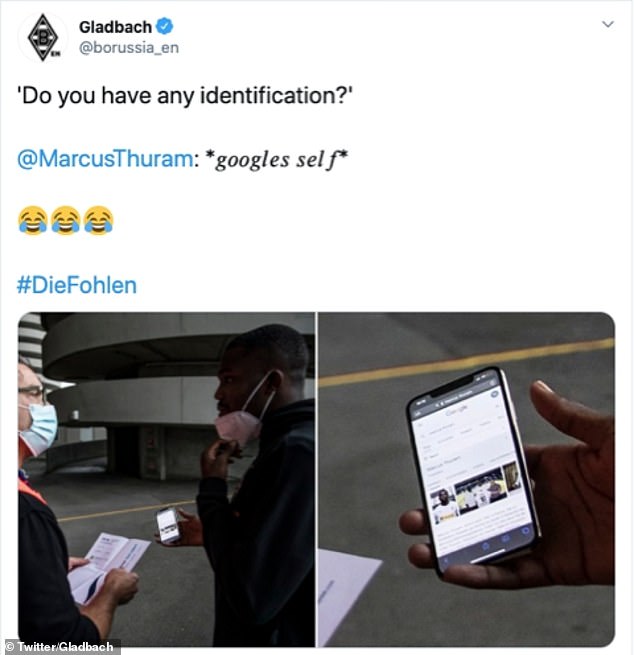 But because he was sporting a face mask, Thuram was initially denied access by a security guard who didn’t recognise him.

In a clever move only the famous can get away with, Thuram proved his identity by whipping out his smartphone and Googling himself to bring up images of his own face.

Luckily the ploy worked and Thuram was able to sit alongside his manager Marco Rose to preview Wednesday night’s fixture for the media.

With face mask back in place, Thuram was able to take a good look at the stadium. 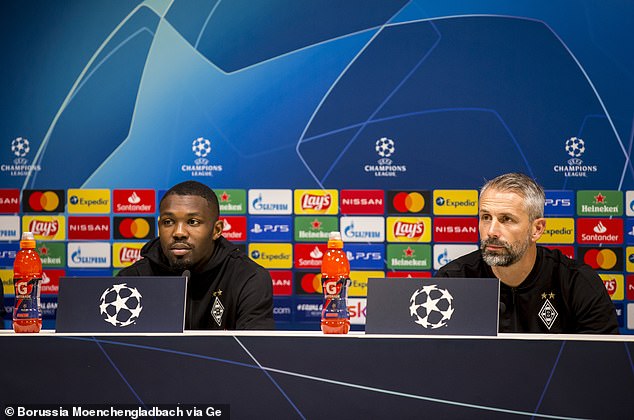 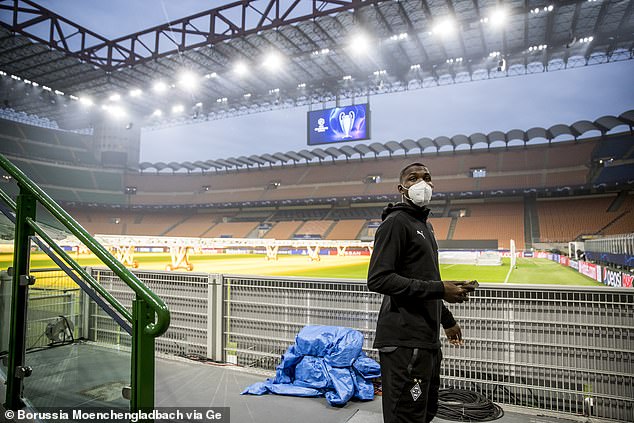 Thuram, who is the son of French World Cup winner Lilian, was able to have a good look around 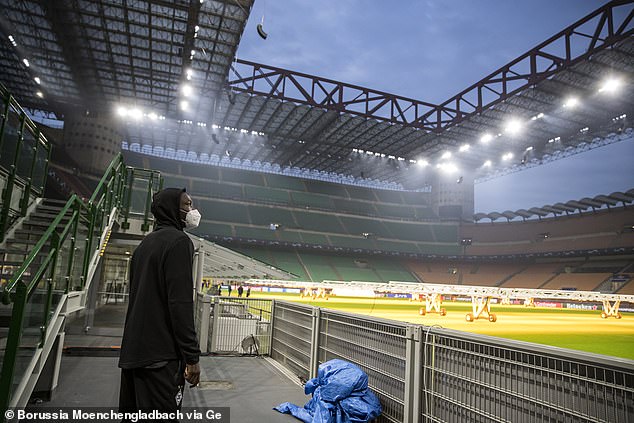 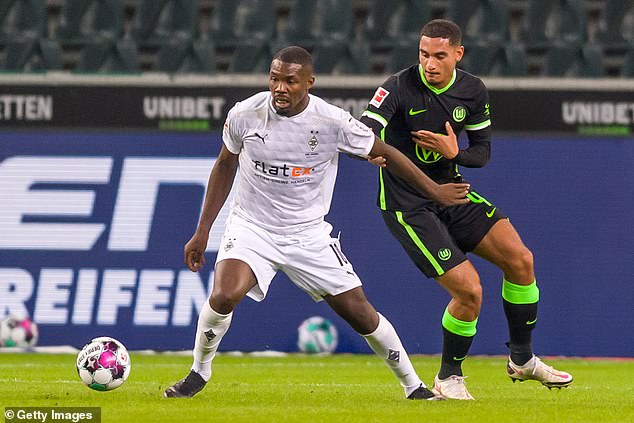 He was actually born in Parma, Italy in 1997 when his father played for the Serie A club. Defender Lilian also played for Monaco, Juventus and Barcelona in a highly-successful career.

But they have been drawn in a daunting group alongside Inter, Real Madrid and Shakhtar Donetsk.

Ahead of what would be his debut in the competition, Thuram said: ‘Wednesday evening will be a dream come true for me. Playing in the Champions League, playing in such a stadium, against a top team is what you live for as a professional footballer.’

Jamie Carragher hits out at Richarlison for showboating

Redknapp insists that Stones deserved his red card against Villa

Can ANYONE stop Man City winning the Premier League again?