Two away goals, a clean sheet and one foot in the last four. This was a comfortable evening’s work for Manchester United, one which suggested they will have no issues negotiating their way past Granada next week and reaching a fifth semi-final under Ole Gunnar Solskjaer.

The United manager thought he might need Marcus Rashford for the first leg of this Europa League quarter-final, including him in the squad and the starting line-up despite the bothersome ankle injury, and he was right. It was Rashford’s finely taken first-half goal, set up by a wonderful, searching Victor Lindelof pass, which sent United on their way.

It appeared as though that would be that but a 90th-minute Bruno Fernandes penalty reinforced those foundations. But even if United had ended the night only a single goal up, the gulf in class on display in Andalusia was enough to suggest that they would be meeting either Ajax or Roma in the next round. Granada did not lay a glove on them.

The only real disappointment was that Scott McTominay, Luke Shaw and Harry Maguire will all miss the second leg after picking up yellow cards and suspensions. Then again, they could all do with the rest. Solskjaer will be pleased that Fernandes’ late penalty gives him more room to rotate at Old Trafford next Thursday.

Granada are enjoying a fairytale first-ever European campaign, having eliminated Napoli and Solskjaer’s former club Molde to reach this stage, but are a mid-table side, losing more games than they have won this season with the worst defensive record in La Liga. This was the kindest quarter-final draw on offer to United yet Solskjaer still named a strong line-up.

Despite three changes from Sunday’s win over Brighton, the only genuine piece of rotation came in goal. David de Gea started for the first time since late February, all but confirming his status as second-choice behind Dean Henderson. Rashford was feeling the effects of the ankle injury and still “a little bit sore”, according to Solskjaer, but he was risked anyway. “There’s no doubt in my head I need to play him,” the United manager insisted.

That gamble initially appeared at risk of backfiring as Rashford grimaced his way through United’s slow, ponderous start, as Granada sat back in a disciplined shape and challenged their visitors to break them down. It made for a poor spectacle. At least a streaker, a local man who has gained notoriety for gracing Granada’s beauty spots while disrobed, broke through security at the empty Nuevo Los Carmenes and briefly gave us all something else to look at

With half an hour gone, the local exhibitionist’s intervention threatened to be the highlight of the first half. But then, out of nothing, came United’s breakthrough. Television cameras missed Lindelof’s long, raking pass out from the back which exploited a carelessly high line by the Granada defence. Rashford sped in behind while watching the ball drop out of the air. His touch was sublime and, with no sign of any ankle trouble, he finished with composure. 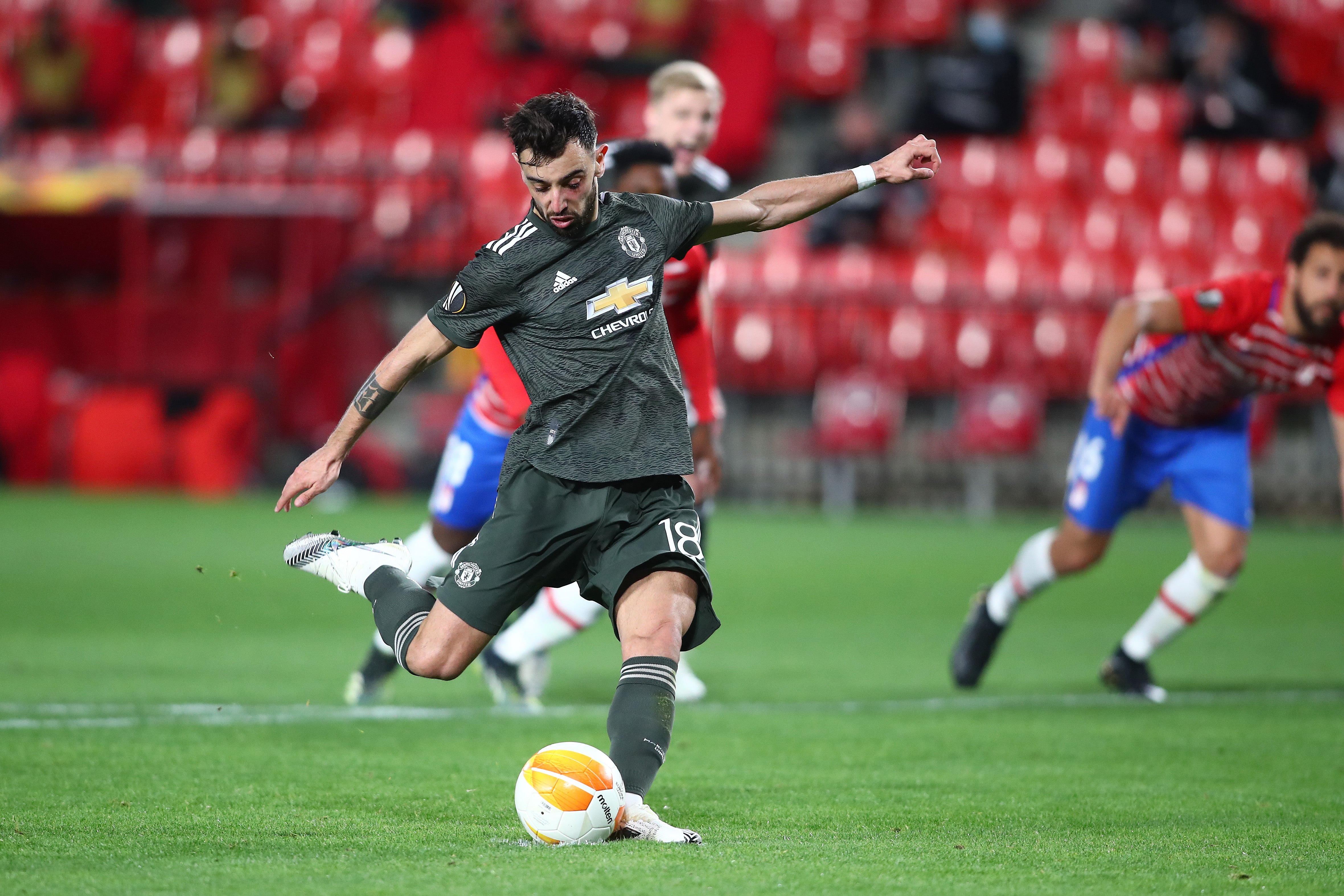 Granada responded well. Yangel Herrera, on loan from Manchester City, hit the outside of De Gea’s post with a sliced cross and former Tottenham misfit Roberto Soldado spurned a half-chance when found free at the far post. United were ruffled enough for McTominay and Shaw to be cautioned, which will keep both out of next week’s return leg at Old Trafford.

Kenedy, the on-loan Chelsea winger, tested De Gea several times from range during the early stages of the second half but United were otherwise as comfortable as a visiting team could be with a one-goal lead in an away first leg. Solskjaer finally felt comfortable enough to replace Rashford after 65 minutes but he might have wished he had replaced Maguire a few minutes later, when his captain became the latest United player to have his name booked.

United continued to control the sedate closing stages, with the penalty the only real incident. Fernandes won it – catching an accidental arm in the face from Yan Brice – then converted, through his attempt only just snuck under the body of goalkeeper Rui Silva. The muted celebration suggested that Fernandes knew he had got lucky but the 2-0 scoreline was no less than United deserved for a dominant performance and comfortable win.