‘He thought the goalkeeper was going to get it at one point – and so did I’: Jack Grealish admits both he and Riyad Mahrez thought Kepa would cut out the cross which led to Manchester City’s winner against Chelsea

Jack Grealish revealed that he and Riyad Mahrez both thought Kepa Arrizabalaga would get a hand to his cross that led to the Algerian’s opener.

Mahrez scored the only goal of the game as City recorded a third successive win at Stamford Bridge, although they needed several substitutions to finally impose themselves on the game, with Grealish replacing the recalled Phil Foden.

And two of those changes – Grealish and Mahrez – combined for the opening goal, which gave Manchester City the all important three points against a Chelsea side hampered by injuries early in the encounter. 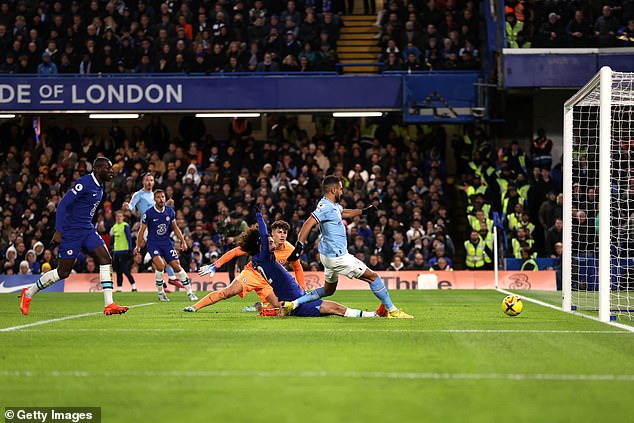 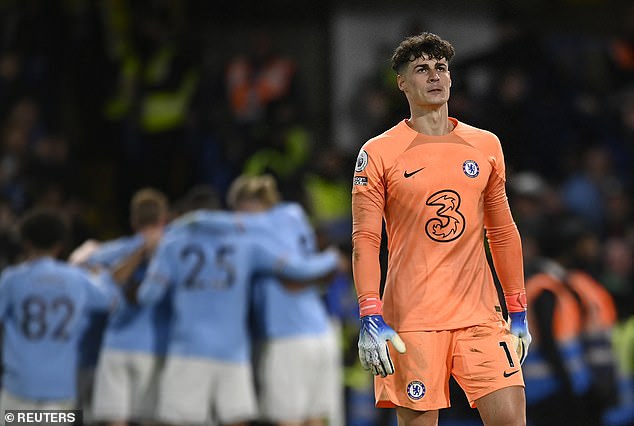 And the England star was quick to reveal his surprise that Spain international Kepa refrained from cutting out his ball across the six-yard box.

‘The manager said to me, when you come on, be aggressive and attack (Cesar) Azpilicueta,’ Grealish told Sky Sports. ‘Stay high and wide.

‘I was speaking to Riyad – and he thought the goalkeeper was going to get it at one point. And so did I. 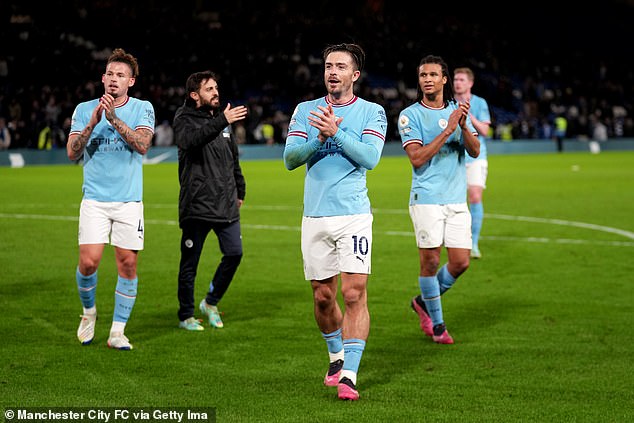 ‘When I crossed it I was thinking Erling (Haaland) has got to be somewhere – I’m just hitting the space. And I asked him ‘where was you’ and he said he pulled back.’ 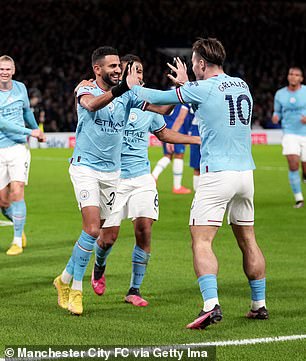 Grealish was dropped from the starting XI in favour of compatriot Foden, with pressure ramping up on Pep Guardiola to play the fan-favourite against Chelsea.

However, Foden was unable to have an influence on the game, and the goal came within three minutes of the 27-year-old’s introduction on Thursday night.

After arriving at the Etihad in summer 2021, Grealish has struggled to reach the same heights he managed on a regular basis for former club Aston Villa prior to his British record £100million move to the Etihad.

He has now registered three assists in the Premier League in 2022-23, scoring one goal as well as City sit second in the table. 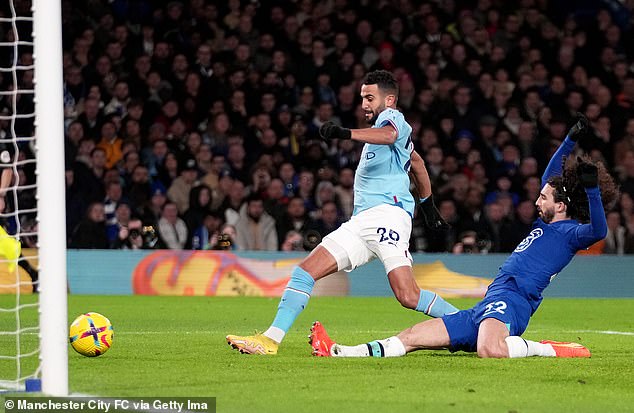 And the 27-year-old left-winger told Sky viewers of his close relationship with goal scorer Mahrez, and admitted it was the Algerian that actually told him he was due to come on at Stamford Bridge.

‘I’m so close with Riyad and we were warming up together and we were saying, “I’d love to come on here”, because the game was open,’ Grealish added.

‘The manager told Riyad to go and warm up – he didnt actually tell me to warm up! I thought, I’m going to warm up here even if I ain’t coming on. 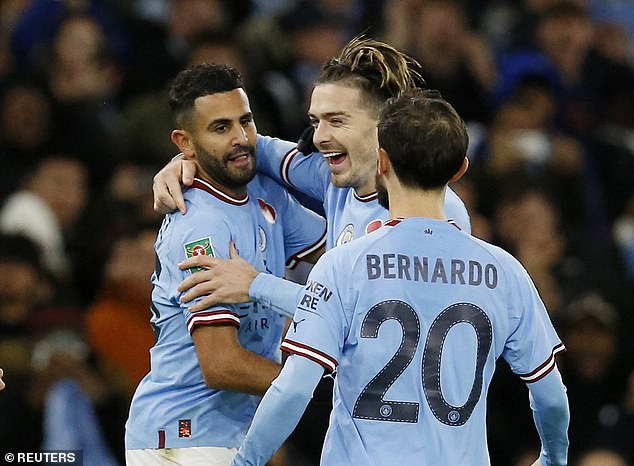 Christian Eriksen visits Denmark teammates after being discharged from hospital