Jack Grealish vows he will ALWAYS be a Villa fan in emotional farewell to boyhood club after playmaker seals £100m switch to Man City as he puts pen to paper on six-year deal worth more than £230,000 a week

The former Aston Villa captain was officially confirmed as a City player after undergoing a medical and signing a six-year contract worth £230,000 a week.

Despite the move, Grealish admitted he will ‘always be a Villa fan’ and insisted he would ‘never forget everything’ he and his former team-mates had ‘achieved’ at the club. 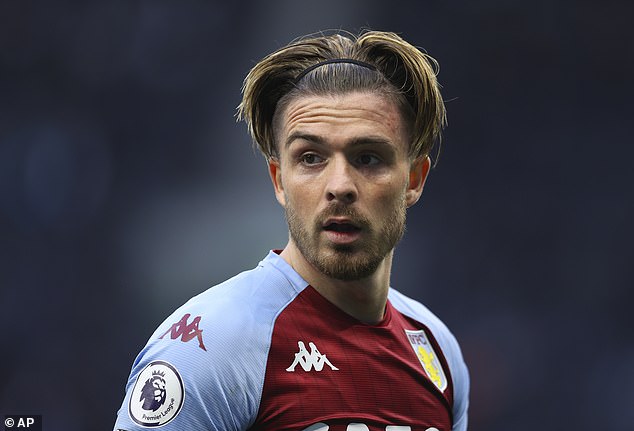 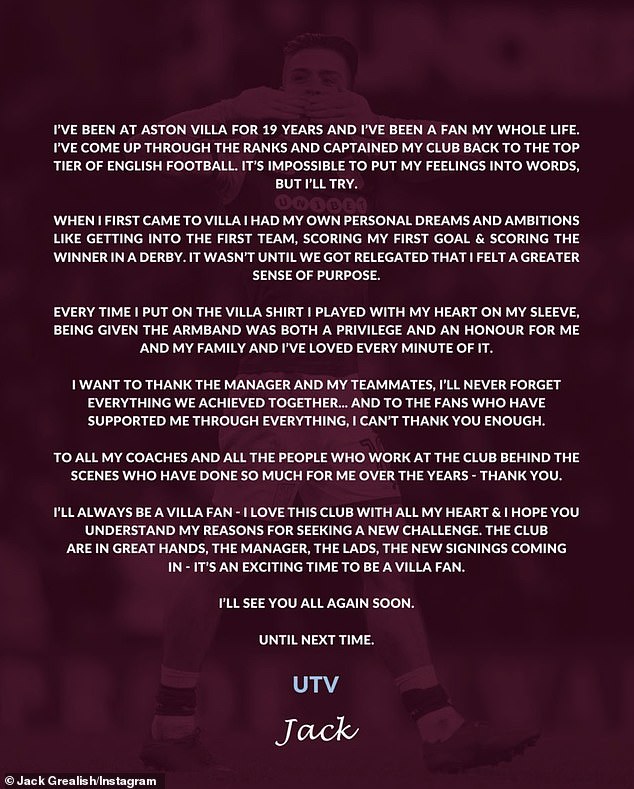 Grealish took to Instagram to post a lengthy message shortly after his deal with City was announced.

It read: ‘I’ve been at Aston Villa for 19 years and I’ve been a fan my whole life. I’ve come up through the ranks and captained my club back to the top tier of English football. It’s impossible to put my feelings into words, but I’ll try.

‘When I first came to Villa I had my own personal dreams and ambitions like getting into the first team, scoring my first goal & scoring the winner in a derby. It wasn’t until we got relegated that I felt a greater sense of purpose. 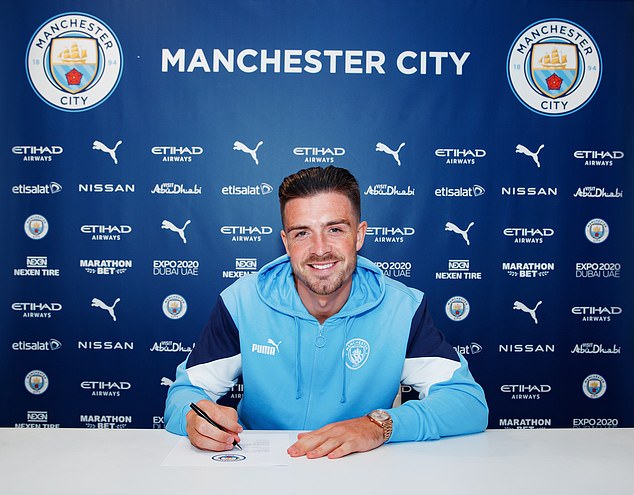 The former Aston Villa captain was officially confirmed as a City player after undergoing a medical and signing a six-year contract worth more than £200,000 a week

‘Every time I put on the Villa shirt I played with my heart on my sleeve, being given the armband was both a privilege and an honour for me and my family and I’ve loved every minute of it.

‘I want to thank the manager and my teammates, I’ll never forget everything we achieved together… and to the fans who have supported me through everything, I can’t thank you enough.

‘To all my coaches and all the people who work at the club behind the scenes who have done so much for me over the years – thank you.

‘I’ll always be a Villa fan – I love this club with all my heart & I hope you understand my reasons for seeking a new challenge. The club are in great hands, the manager, the lads, the new signings coming in – it’s an exciting times to be a Villa fan.

‘I’ll see you all again soon. Until next time. UTV. 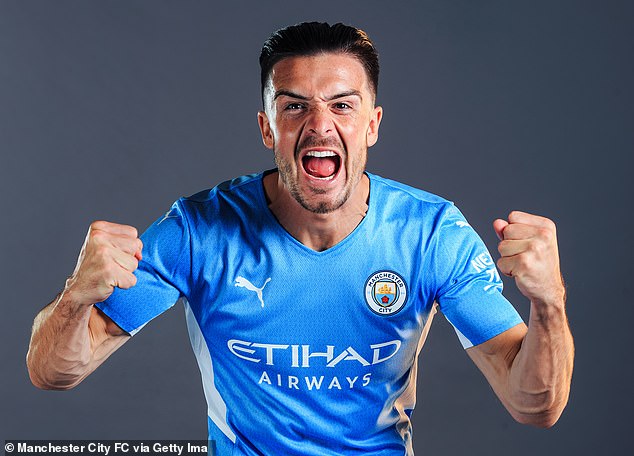 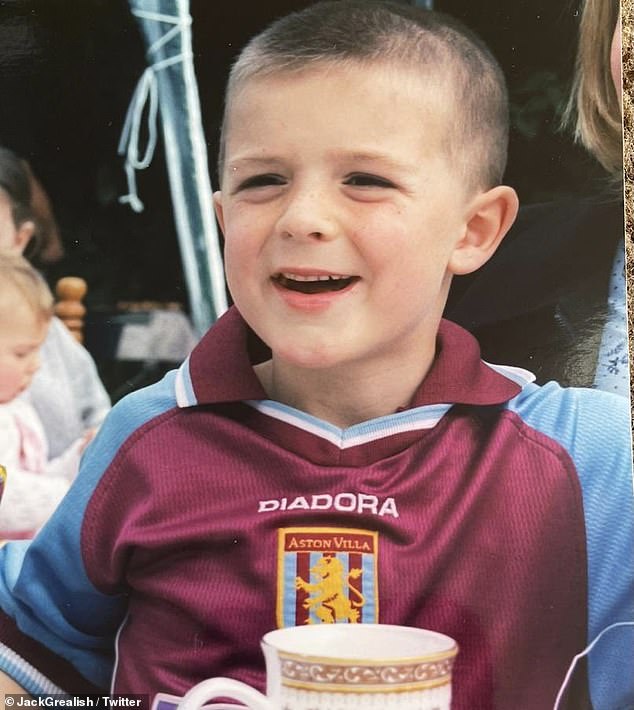 However, he admitted he will ‘always be a Villa fan’ after growing up supporting the club

The move makes Grealish the most expensive British footballer ever – having completed a historic £100m move to Manchester City.

Grealish revealed the driving force behind leaving his boyhood club was winning major trophies after City triggered the release clause in his contract last week.

Reflecting on his transfer, Grealish told the media: ‘I am over the moon. To come and play for a club like Manchester City is obviously massive for me personally.

‘It was obviously a difficult few months because I have been an Aston Villa fan for my whole life, but when I spoke to the manager here and you see what type of players they have got here, in the end it was something I couldn’t say no to. I am absolutely delighted to be here.

‘Trophies are the main reason why I joined. There are obviously a lot of reasons why I decided to come here. The manager has been a massive factor; playing under the best manager in the world was something I couldn’t really turn down.

‘Obviously the players that we have got here, I think everyone knows how much I admire Kevin [De Bruyne]. It is going to become a dream come true to play alongside him. But competing for major trophies is something that I wanted to do. It was something I couldn’t turn down.’