Pep Guardiola confirms Kevin De Bruyne IS available for Man City’s clash with Tottenham, after Belgian star missed training this week… as Spanish boss reveals the midfielder ‘had a personal issue’ to deal with

Pep Guardiola has confirmed that Kevin De Bruyne is in contention to feature against Tottenham on the weekend, after missing training for a ‘personal issue’.

The Belgian midfielder did not train with Pep Guardiola’s squad on Tuesday afternoon ahead of a Premier League game they can ill-afford to drop points in.

There had been concerns that he would not be able to play in the match, but Guardiola has eased those worries and also provided an update on two other stars. 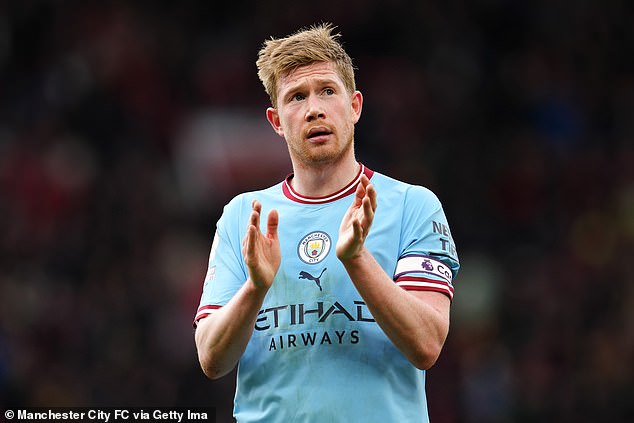 Speaking on De Bruyne’s absence from training in the week, Guardiola said: ‘He had a personal issue and didn’t train but he’s back now.’

Playing the crucial match without their Belgian playmaker would’ve proved difficult, given the 10 assists he’s registered from 18 matches in the Premier League this term.

City have fallen eight points behind leaders Arsenal after the weekend derby defeat and losing their talisman for Tottenham’s visit would have been a significant blow.

Guardiola also confirmed that centre-back duo Ruben Dias and John Stones are both hoping to feature after recent injury lay-offs. 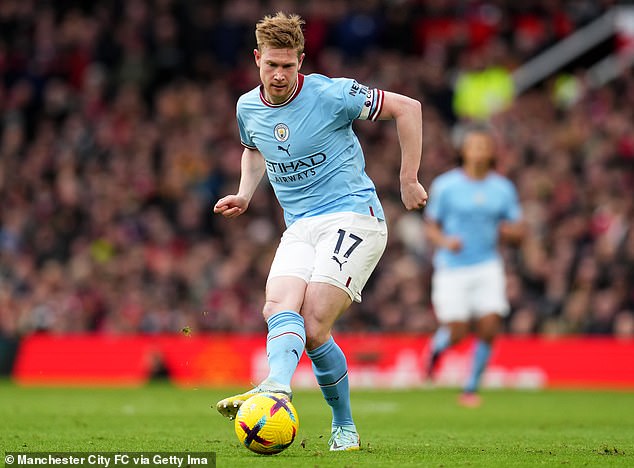 Speaking at his pre-match press conference, Guardiola said: ‘They [Dias and Stones] are back and have trained in the last two sessions. They’re in contention.

‘We are going to train this afternoon and see who is going to play,’ the Man City boss explained.

Dias has not played since aggravating a hamstring injury during the World Cup, while Stones missed their recent trip to Old Trafford – which ended in a 2-1 defeat.

They’ll be hoping to get back to winning ways against Spurs on Thursday night and ensure they close the gap on Mikel Arteta’s side to five points. 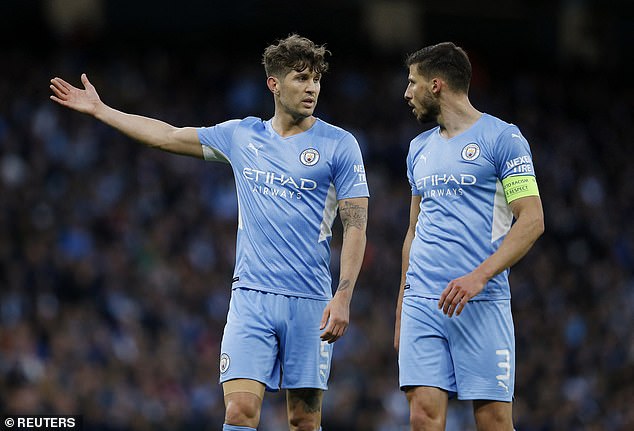